Camille Acker's sharp debut collection, Training School for Negro Girls, traces the lives of black women and girls in Washington, D.C., across different neighborhoods, socioeconomic statuses, and decades. Acker, who grew up in D.C., picks some of her favorite books set in D.C.

Washington, DC is this country’s political center but politics is not the only source of DC’s identity. Not all streets in DC are occupied by federal government buildings. The resident of the White House changes every 4-8 years but the heart of a city that is both South and North beats in its economically and racially diverse population. Even more so in these days of heightened political drama, the real difference makers in DC are not found in the White House or the Capitol Building but through the lit windows in even its farthest corners. DC is as real a character to me as any in my short story collection, Training School for Negro Girls. For myself and these six other writers, the people of DC, not its politics, are what matter most. 1 & 2. Lost in the City and All Aunt Hagar's Children by Edward P. Jones

Jones won the Pulitzer for his Antebellum novel, The Known World, but his two short story collections may be his masterworks. In them, D.C. is an intimate setting for his cast of weary and loving mothers, grieving friends, and estranged partners. As a native Washingtonian, Jones places his characters at intersections of real streets and as a deeply gifted writer, Jones beautifully renders those characters when they find themselves at treacherous emotional crossroads. “The story of my family’s no different, really, than the story of yours,” begins Golden’s second novel in the arc of her prolific career. And so it is that the arc of Naomi Reeves’s family mirrors many black families in D.C. Those who were once sharecroppers in North Carolina reach D.C. but not without facing the national tragedy of racism and the personal tragedies of broken relationships and the untimely deaths of loved ones. Across decades, Golden charts the history of black D.C. and black America. 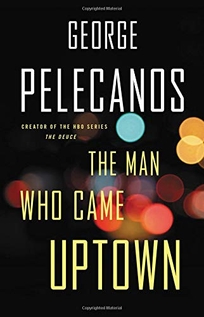 3. The Man Who Came Uptown by George Pelecanos

It would be impossible to leave Pelecanos off this list so steeped is he in the streets of D.C. His detective novels have legions of fans who appreciate the morally ambiguous spaces in which Pelecanos’s characters live. The latest addition to his oeuvre is The Man Who Came Uptown. The story of Phil Ornazian, a D.C. private investigator, delivers Pelecanos’s signature storytelling. 4. The Beautiful Things That Heaven Bears by Dinaw Mengestu

In this novel, Mengestu focuses on a community integral to D.C. that is not often acknowledged, especially in literature. The Ethiopian community lives on the pages of the novel through Sepha Stephanos, a grocery store owner in Northwest D.C. The backroom of that store serves as a meeting place for Sepha and his fellow immigrants; Mengestu gathers not only their observations of what it is to live a displaced life but assembles for them the possibility of safety through love and friendship. A fictional tragedy and a real life history occupy Clarke’s novel set in the 1920s when Georgetown was a black neighborhood and not yet the rich and mostly white neighborhood it became. The death of Clara Bynum leaves an indelible mark on her sister Johnnie Mae and she must navigate the pain of the loss. She does not navigate the loss alone though, as Clarke shows the resilience and strength of the black community, especially necessary in the 1920s. Nicholson recognizes D.C.’s shrouded identity in the title of his short story collection. Centered in and around LeDroit Park in NW D.C., Nicholson’s is a pre-gentrification version of a neighborhood once home to DC’s most storied black citizens. In the book’s pages, a drive becomes a vehicle for memory and pain, and trouble can be found easily on the street but so can grace and redemption.