As a writer, I know I’m on the right path when I feel afraid to sit down to work every day; and as a reader, I’m most drawn to stories that confront the terrors, as well as the beauties, of being human. Horror and its handmaidens—fear, disgust, revulsion, dread, panic—are great teachers; by daring us to look away, they invite us to look closer. If you want to know what sickens a society, investigate its most disturbing art; the answers, usually, are there.

None of these titles would be classified as horror in your local bookstore, because horror itself is not the point of these narratives; rather, their power to disturb is the result of their unflinching insistence on exposing the horror (which in daily life is treated as mundane, if it is treated any way at all)—of life, sex, and love under patriarchy. Representing work from Japan, Canada, Argentina, France, Austria, England, and the U.S., speaking from the 1930s to today, these 10 women writers are just a handful of storytellers whose work has kept me up at night, wondering about my own relationship to the fantastic horrors they depict. 1. The Vet's Daughter by Barbara Comyns

“She just stood there. Her bones were small and her shoulders sloped; her teeth were not straight either; so, if she had been a dog, my father would have destroyed her.” So begins Comyns’s harrowing tale about Alice, the daughter of a highly disturbed vet, who discovers a secret power she will eventually use against those who seek to humiliate her. Alice’s voice, speaking to the reader with an eerie calm, belies a lifetime of suppressed rage; and her ability to recognize the animal nature in everyone around her is a reminder that the bestial need not be a symbol of debasement, but of a source of power and solidarity. The Vet’s Daughter reminds us that the man who thinks he's superior to all Others—animal and otherwise—is often the most dangerous animal of all. 2. The Driver’s Seat by Muriel Spark

Spark’s The Driver’s Seat is an awfully funny and disturbing story about a woman intent on destroying herself by convincing a man to murder her: but first, she has some errands to run. Viciously degrading everyone who stands in the path of her desire, whether it’s a hapless clerk in a department store or her fellow passengers on an airplane flying her to her ultimate rendezvous, Lise is repulsively unlikable. Likewise, Spark’s prose provokes extreme discomfort; everything is pushed to a grotesquely sensuous hysteria; colors clash, sounds scream, and emotions run the most exaggerated highs and lows, making Lise’s longing for annihilation seem both terrible and logical at the same time, a cancerous response to the objectification and erotic limitations placed on the female body A brief, impressionistic novel recalling the narrator’s father’s memories of his work patching up the dead, this slim book is made up of just as much white space as actual text, and it is in these gaps between scenes of extraordinarily vivid evocations of deaths that the experience of The Embalmer begs the question: how, in the face of certain death, do we make sense of life? In what ways does our suffering connect to the experiences of our families, friends, neighbors, and stranger? And what is the nature of work, artistic and otherwise? The deaths described, whether freakish or mundane, do justice to the pathos of all loss, giving the reader a singular experience of her own mortality. Timeless, plotless, disjointed, there is just the slimmest sense of a cohesive narrative connecting the second-hand tales, as fragmented, and fragile, as life itself. 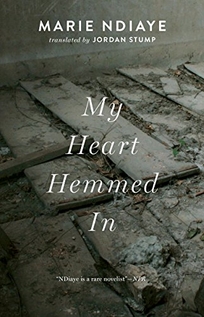 4. My Heart Hemmed In by Marie N’Diaye

Two schoolteachers in a small-town French community slowly become, for reasons unknown, intolerable to their neighbors; abandoning her husband, who seems to be rotting from the inside out, strange physical ailments and unexplained transformations force Nadia to seek refuge at her son’s ominous mountaintop estate, while something inside her belly grows and grows. More gothic than Dracula in mood, and ten times as terrifying, this is a novel whose horror—physical and atmospheric, precise yet inexplicable—feels timeless; it could have been written at any moment in the past two hundred years. A nightmare of a book that raises plenty of questions about community, class, and motherhood, but offers no answers. A dreamy ghost story about a woman who marries a heartless husband, reminiscent of Daphne de Maurier’s Rebecca and Patrick Hamilton’s Gaslight, this haunting, disorienting story is like a body wrapped in endless layers of gauze; you know there’s something solid at the core, but you can never quite touch it. As Helga, first an orphan and then a lonely bride, tries to make sense of life on a fog-enshrouded estate in the woods, cruelly but subtlety bullied and taunted by Daniel, fantasy and reality become hopelessly—or, perhaps, hopefully—blurred; by the end of the novel one feels that the fantasies Helga indulges in aren’t about escapism, but truly about escape; for a woman trapped in a world where her body is never absolutely her own, the only way out is through the imagining of a new world, where she is the teller of her own tale. House of Mist is often described as an early example of magical realism, and I agree that term works beautifully here; this is a novel that proves that sometimes the best way to depict the real is by way of magic. 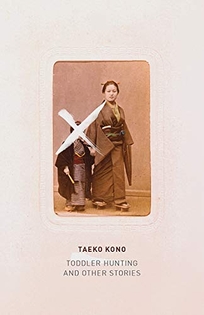 6. Toddler-Hunting and Other Stories by Taeko Kono

Family curses, dangerous obsessions, and sexual violence saturate this collection of startling imaginative stories. In the title piece, a childless woman who despises little girls becomes obsessed with the desire to dress little boys in beautiful, expensive clothes; in “Theater,” a wife estranged from her husband develops a dark attachment to a cruel hunchback and his beautiful, masochistic wife; and in “Snow,” a family tragedy drives an unwanted to daughter to fulfill a deadly wish. What is most remarkable about Kono’s work is how she treats taboo subject matter; without sensationalism or surprise, and never with the aim to shock, but rather to gently instruct us in all the ways in which shame can destroy, and desire liberate. Creepy, sympathetic, and strange, these masterful stories unsettle, comfort, and devastate in equal measure. 7. In a Lonely Place by Dorothy B. Hughes

Written in 1947, this noir masterpiece is narrated by a chillingly rational psychopath who stalks Los Angeles in search of young, single women. Hughes resists the sensational, keeping the violence mostly off-stage; instead, what makes Hughes’s novel so compelling and so disturbing is its focus on the mundanity of her killer’s life and motives; many readers will recognize the toxic masculinity seething beneath the surface of a charming, intelligent man who, feeling the world has not given him what he is owed, unleashes his rage on the bodies of women. It’s fast-paced, beautifully written, and almost suffocatingly dark in tone, and yet In a Lonely Place manages to resist cynicism, embracing instead a message of empowerment at its climax, refusing to glorify violence at the expense of its female characters—a truly radical stance that ennobles the murder-mystery genre. 8. The Necrophiliac by Gabrielle Wittkop

A genteel, mild-mannered antiques dealer details his romantic and sexual obsessions with the corpses he digs up—and the result is less disgusting and more  emotional than one might expect a (fictional) necrophiliac’s diary to be. A stunning example of how the most precise, unflinching descriptions of horrific acts can push a reader beyond terror into the realm of understanding, sympathy, and, even, tenderness, revealing, through its examination of a particular perversion, the perversion of all desires born of loneliness. A troubling, exquisite gem of a book that has been unnerving European audiences since its publication in 1972. This nearly plotless novel, about a girl who is drowned by a policemen in rural Austria, takes a typical murder mystery/detective story and turns it viciously inside out; there is no mystery, and the protagonist of the story is not the victim or those seeking justice for her, but the polluted lake in which she dies. Jelinek describes the toxic body of water with an intensity of sensual detail that is both ravishing and sickening, as if the lake itself was the body of a beautiful murdered girl. A relentlessly bleak examination of patriarchy, bourgeois values, and violence against women, it is also an elegy for the natural world, polluted by the metaphorical murderer’s indifference to all Others, human and otherwise: this is horror with an uncompromising moral vision. 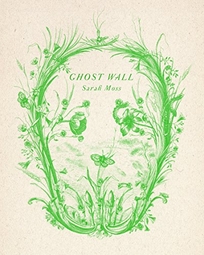 Smart, socially isolated teenager Silvie and her family join a class of archaeology students in the woods to re-enact the lives of a pre-industrial tribe. As the males of the group split off from the women, engaged in more and more violent and mysterious pursuits at the base of the Ghost Wall, Silvie wonders if her father’s worldview—that psychological and physical violence must necessarily be inscribed not only on female bodies, but all bodies of nature—is her only inheritance. The tense realism of Moss’s prose, juxtaposed with the increasingly mythical movement of the text, begs the reader to question the ways in which we are willing to sacrifice ourselves, and others, in the name of preserving male supremacy. A potent, exquisitely written reminder of the how effectively a horror story can expose and reflect contemporary social concerns.