In the opening chapter of Phillips’s exceptional and suspenseful debut, Disappearing Earth, two sisters—Sofia, 8, and Alyona, 11—vanish from a beach on the isolated Kamchatka Peninsula in northeastern Russia, and their disappearance sends ripples throughout the close-knit community. The subsequent 12 chapters chart the impact of the potential kidnapping—and the destructive effect of longing and loss—and play out in a series of interconnected and equally riveting stories about others in the surrounding area. Phillips picks some of her favorite books highlighted by their evocative and remote settings.

Every tale ever told depends in some way on isolation. No matter whether a novel is set in a hectic city or a pastoral village or a single claustrophobic room, that book’s author has to build a narrative container for its characters so we readers understand where our focus should be: we pay attention to these people, this conflict, and not all that other potentially interesting stuff out there. After all, one book can’t fit every person and place in the world. The solar system. The universe. Beyond! No, writers must limit themselves, choose what to include and what to leave out, in order to tell their stories.

Of course, that container can take any shape. A novelist might set their book in as tight a space as one person’s mind. She might place her story within a marriage, as Lauren Groff does in the split narrative of Fates and Furies, or a family line, as Yaa Gyasi does in her multigenerational epic Homegoing. Writers sometimes build a physical structure around their characters: a mansion in The Haunting of Hill House, a train in Murder on the Orient Express, a reform school, a whaling ship, an asylum, a gulag. Or writers choose the limits of geography.

Settings with natural boundaries—islands surrounded by ocean, peninsulas cut off by mountains, oases in the desert—have shaped some of the most exciting books in print today. This list brings you eight novels perfectly limited by geographic barriers. The stories below are set in places remote to most of their readers, yet the skill of their authors, the bold lines of their containers and the sharp focus on what happens within, make them compelling to us all. 1. The Lord of the Flies by William Golding

The island novel against which all others are measured. In this 1954 classic, a group of British schoolboys is marooned after a plane crash in the Pacific. Stranded far from the world they know, the boys establish their own miniature civilization, which soon turns toward violence. Golding’s novel shows exactly why stories in remote settings fascinate us: stripped of outside influence, kept alone together, these characters reveal themselves for the eager, cruel, conflicted creatures they—and we—really are. 2. One Hundred Years of Solitude by Gabriel García Márquez

García Márquez’s flawless novel follows the rise and fall of the town of Macondo, established beside a river in Colombia. To José Arcadio Buendía, the town’s founder, Macondo seems idyllic, a pristine spot protected by water on all sides. That vision is shattered as generations of the Buendía family see their home transformed by the national railroad, new government, and foreign companies. Over the years, Macondo’s population is corrupted by forces external (an army massacre of striking workers) and internal (genetic mutations caused by incest). The novel describes a paradise lost—and convinces us that paradise never would have lasted anyway. 3. The Woman in the Dunes by Kōbō Abe

After an island in the Pacific and an isolated settlement in South America, this entry on the list takes us someplace stranger, more surreal. Abe’s dreamlike novel strands us in a town sunk in sand. The impossible terrain rules the story: all the people in the town pass their days shoveling back the dunes, and Abe’s main character is conscripted for the task. He has to clear the sand or he’ll be killed. Using the twin pressures of nature and community, the book pushes its characters to their haunting, unforgettable ends. 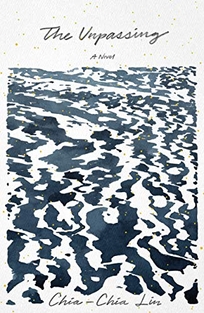 4. The Unpassing by Chia-Chia Lin

Lin’s debut novel is set on the outskirts of Anchorage, Alaska. Containing nearly half the state’s population, Anchorage has robust infrastructure, plenty of industry, and strong ties to the rest of the world—it’s no village in the dunes—but those connections soon fray outside the city, where Alaska’s subarctic climate and wildlife rule. This book shows just how bleak life in such a distant, threatening place can be, as a family struggles to move forward after the death of a child. 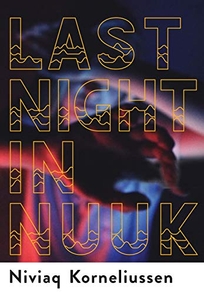 Greenland's capital city, Nuuk, is home to fewer than 18,000 people. It’s the cultural and economic center of a country that is sparsely populated, difficult to reach, and almost entirely covered by ice. Korneliussen takes us there through this daring novel, which weaves together the lives of five young people. She cracks open our frozen imaginations to show us Greenland in all its queer, loving, heartbreaking beauty. 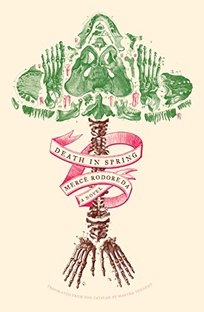 6. Death in Spring by Mercè Rodoreda

Lush and grotesque, this novel places us in a nameless village perched on rocks over a river. Its inhabitants cling to the perceived moral excellence of their remoteness, their bloody customs, and their oppressive conformity. They don’t wish to know anyone or anything else. Rodoreda, one of the most important figures in Catalan literature, worked on this book for 20 years, until her death. Geographically, politically, socially, the village’s cruel isolation is an expression of what Rodoreda herself faced under Franco’s dictatorship, when she was exiled from Spain. This award-winning novel takes place in the fictional Desperance, a town in the desert bordering Australia’s Gulf of Carpentaria. Wright digs deep into the red ground where her story is set to explore fights between local families, mining operations on sacred ground, and colonization of Aboriginal earth. Her story fixes itself in place as her characters move in and out of Dreamtime, through the past, present, and future, to show the full scope of what this land means to its inhabitants. 8. The Martian Chronicles by Ray Bradbury

In this fictional history of Earth’s settlement of Mars, Bradbury’s characters attempt to transpose onto another planet all the conveniences of home. They end up bringing their diseases, weapons, and fears instead. As Bradbury puts it, "Men are men, unfortunately.” Along with the other novels on this list, The Martian Chronicles leverages a raw, remote setting to expose our common humanity. Stories set in such environments let us see what is resonant, what is fundamental, what is shared. Separated from other people and stressed by geographic extremes, characters and societies reveal their weaknesses (greed, selfishness, the violent desire for power) and cultivate new strengths (curiosity, fortitude, a drive toward genuine connection). Turns out, no matter what remote place we wind up in the Milky Way, we can’t escape ourselves. Like the authors of our favorite books, we are working within limitations—yet inside those boundaries there is so much room to explore.