Jac Jemc’s electric, nimble collection, False Bingo, plumbs its characters’ most intimate relationships and unearths potent hidden truths. In “Delivery,” a father’s sudden spike in online shopping signifies a troubling development. In “Don’t Let’s,” a woman stays in the Georgia Lowcountry, trying to clear her mind after leaving an abusive relationship, but finds signs of a ghost’s presence in her house. Jemc, also the author of the bone-chilling haunted house novel The Grip of It, picks 10 essential books featuring hauntings.

I adore the haunting feelings that remain after a novel explores the deep layers of all of the memory and baggage we bring to our experiences and interactions. What we traditionally call “ghost stories” can often deliver this feeling with the greatest ease, but my favorites are generally filled with more metaphorical ghosts: fear, grief, paranoia, uncertainty. The books on this list are all stories that ushered me through the process of investigating what it is that unsettles us most and why. 1. The Inner Room by Robert Aickman

The only thing I love more than a full-size haunted house is a haunted dollhouse and this novella features both. A little girl is given a dollhouse that is completely closed, unable to be played with. The inhabitants inside are out of her reach and she resigns herself to being a passive witness, a decision that bears serious consequences when she happens upon a lifesize version of the house in a dreamy wood later on. If you loved House of Leaves and want a snapshot take on hidden space and inexplicable dimensions, then this is the story for you. 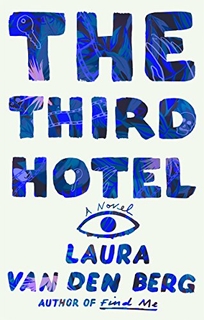 In much of van den Berg’s work, I find both an exploration of loss and a pursuit of something unattainable. I believe this novel to be the pinnacle of that deepening inquiry of the way those two quests overlap and inform each other. Grief blurs the lines between reality. This is a little bit of a cheat because it’s actually a play, but it has everything I love in a novel. You don’t need to see this script produced to get the full sense of the atmosphere Baker builds though. It’s all there in the impeccable writing. A couple arrives to an inn for vacation in Gettysburg where ghosts threaten from all sides: past loves, unresolved tensions, unexplained noises, off-limit spaces, unspoken presence abound. And somehow, even as the interactions unnerve you, they also present remarkable moments of humor. Some might say this is a book of stories, but if the title is taken literally, what I see here is a document of ghosts finding ways to leave their mark. Shapton’s talent for activating images in the service of narrative is breathtaking. I’ve enjoyed her previous works' ability to show the growth and dissolution of a relationship through the objects left behind (Important Artifacts and Personal Property from the Collection of Lenore Doolan and Harold Morris, Including Books, Street Fashion, and Jewelry), and a woman’s insecurities through drawings of a lover’s former partners (Was She Pretty?), but this proves the most exciting of her projects in the variety of presentations and effects, and the way they somehow combine to form an intuitive anthology of the incomprehensible. My love of ghost stories doesn’t usually wander into the realm of demonic possession, but I think about this book constantly. Imagine if Regan from The Exorcist or Rhoda from The Bad Seed had put off the evil energies until later in their lives, when they had the agency to do even more harm. In this way, Come Closer poses new formulations of age-old questions of self-awareness and responsibility. Chilling. 6. A Light No More by Robert Kloss

Robert Kloss is making up his own rules as a writer and it is a thrilling thing to watch. In all of his novels he explores the latter half of the 19th century in such a way that it appears he’s creating the world whole cloth. I appreciate the way his work, especially this book, plays with the way speculation and possibility and strangeness had more room to function in the time before the internet or even widely accessible reference books or reliable modern science. History records itself in people’s memories instead of on pages, and it’s all the more active and haunting here because of it. 7. The Hunger by Alma Katsu

The famous story of the Donner Party’s desperate attempt to survive by resorting to cannibalism turned supernatural with the suggestion of curses and creatures stalking the party at a quickly shrinking distance. Katsu excels at exploring the risk and horror of pursuing one’s greed and attempting to outrun one’s past by looking at the larger narrative of where these people began and what brought them to their end. 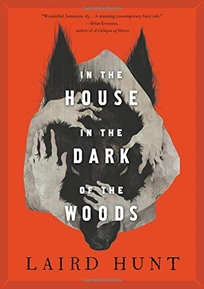 8. In the House in the Dark of the Woods by Laird Hunt

As a longtime lover of Hawthorne’s Young Goodman Brown, I find in this book the permission to enter into the complex female perspective denied us in that classic. This book is half fairy tale, half nightmare quest through colonial New England. If you’re a fan of the Robert Eggers film The Witch or deep diving on the Salem witch trials, this will do it for you. I’ve reread this book so many times, and find something new with each visitation, but the scene in which the character Fleur gives birth, and the spirit of a bear appears to both threaten and empower her is one of the most powerful ghostly scenes of any book I’ve read. Add to that the fact that, in adulthood, Fleur decides to escape the violence of the men in her town by moving back into the house haunted by the ghosts of the rest of her family who died there, and the rich backdrop of a haunted community begins to take shape. I was skeptical of this book about a construction worker’s family living a makeshift existence onsite until the very end, but the ending of this book is the reason I try to finish every book I start – in case of the rare occurrence of an ending snapping the beginning of the book into arresting focus. It’s not that the bulk of this book isn’t entertaining. It artfully builds suspense throughout, but, having not read Aira before, I wasn’t sure if he could pull off such a build up without feeling cheap or disappointing. This book, though, finds the perfect resolution while still remaining haunting, dispelling all my fears.