Elizabeth Brooks’s new novel, The Whispering House, is a spellbinding gothic story featuring a sinister country house in England’s West Country. Five years after her mercurial older sister, Stella, jumped to her death from a cliff near Byrne Hall, Freya and her father attend a cousin’s wedding on the grounds of the imposing house. When Freya inquires about a portrait of a girl who appears to be Stella in the house’s front hall, she is lured into a web of dark intrigue spun by Byrne Hall’s inhabitants, an artist and his enigmatic mother.

I reckon there are three elements a novel must get right, in order to qualify as a truly creepy gothic tale. Firstly, the characters, although flawed and troubled (and they’ll definitely be troubled, somewhere along the line) must compel the reader’s interest. Secondly, the landscapes—from foggy Victorian streets, to abandoned country houses, to whistling arctic wastelands—should be both vivid and disquieting. Lastly, the story must be imbued with a sense of mystery, whether that involves a twist and turn on every other page, or a gradual build-up of secrecy and dread.

As long as these demands are fulfilled, the gothic genre is a generous one, allowing for endless depth and variety of writing. Even the type of fear a gothic novel conjures up may differ vastly from book to book—from creepy all the way down to serious, disturbing, and thought-provoking.

The 10 books in this list fulfill all my criteria, in spades. They come with intriguing characters, atmospheric settings, twisty plots, and a cast-iron guarantee to send shivers down your spine. We’ve come to know Frankenstein’s monster as the tall green guy with the greasy hair and the bolt through his neck, but this 20th-century, comic-horror version does no justice to the serious intent of Shelley’s original tale. One dreary, November night, scientist Victor Frankenstein succeeds in animating the creature he has so painstakingly constructed from dead body parts, but no sooner has he achieved his ambition than “the beauty of the dream vanished, and breathless horror and disgust filled my heart.” Following its creator’s cruel rejection, horror is piled upon horror, as the unloved "monster" wreaks its revenge upon humankind. Frankenstein is a genuinely disturbing book that raises big questions about creativity, responsibility, and the dangers of knowledge. Jane Eyre is celebrated on many grounds: its insightful portrayal of childhood, its passionate proto-feminism, the heart-stopping romance of its central love story, to name but a few. I love it for all these reasons, but I also love it because it is Properly Creepy. I still get goosebumps when I imagine Jane waking at night to the sound of malevolent laughter outside her bedroom door. As with any self-respecting horror story, the reality of Jane’s situation is murky: is Thornfield Hall haunted by a ghost, or a would-be murderer, or is the mystery a trick of Jane’s mind, a symptom of her own dark desires? The scene that stays with me most vividly takes place shortly before Jane’s wedding, when she wakes at night to find an unknown woman standing in front of the mirror, wearing her bridal veil... It’s a gothic masterclass. Gothic tales don’t come much darker than Thérèse Raquin, in which Thérèse and her lover, Laurent, are devoured by remorse after drowning her husband, Camille. The novel is suffused with a fetid, cloying atmosphere: I picture the scar on Laurent’s neck where his struggling victim bit him; the bloated body in the morgue; the poky haberdasher’s shop where Thérèse ekes out an existence alongside her bereaved mother-in-law, Madame Raquin. Following her son’s death, Madame Raquin suffers a stroke, which effectively buries her alive inside her own body. She learns that Camille’s drowning was no accident when the murderers discuss their crime in her earshot, but the stroke has left her powerless to express anguish, or to communicate her knowledge to a third party. In one especially horrific scene she tries to spell out the truth to friends via tiny, effortful movements of her finger, but in their eagerness to understand they misinterpret: they think she’s saying, “Thérèse and Laurent look after me very well,” and are duly touched. Fear of the unknown is at the heart of all gothic novels, and the new Mrs. de Winter is as ignorant as can be—about the world in general and about her own world in particular. From the moment she swaps the straightforward unpleasantness of Mrs. Van Hopper’s company for the much more elaborate darkness of marriage with Maxim, she is oppressed by questions. Who exactly is her husband? Who was Rebecca? Why does she feel so resented and overshadowed in her new role as mistress of Manderley? I can’t think of a creepier fictional character in all of literature than Manderley’s housekeeper, Mrs. Danvers, a “tall and gaunt” woman with a “dead skull’s face,” who haunts the house like a living ghost, eaten up by bitterness and mysterious obsession. 5. The Woman in Black by Susan Hill

Gothic novels rely on a sense of place; the characters and their story are only as compelling as their setting. When I think of The Woman in Black I immediately picture its landscape: a dark, lonely house standing on a foggy stretch of English coast, surrounded by dangerous marshes, and cut off from the mainland at high tide. In Susan Hill’s novel, the landscape is not a passive backdrop but an active player in the drama, every bit as cruel and unsettling as the ghost herself. When the shifting sands and tides swallow up a pony and trap, drowning Jennet Humfrye’s child, the first link is forged in what is to become a long chain of horrors. 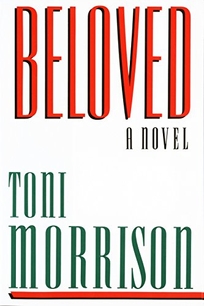 Beloved is the most profoundly frightening novel on my list. When it comes to ghost stories, there is often a fine line between chilling and absurd—one too many bumps in the night risk raising more laughs than hairs on the back of the neck—but there is nothing absurd about the haunting in this book. In the wake of the Civil War, former slave Sethe settles with her family in Cincinnati. When slave-catchers threaten to return the family to the Kentucky plantation they’ve only just escaped, Sethe drags her small children outside to the woodshed and tries to kill them. Anything–even violent death–is preferable to slavery. Sethe only succeeds in murdering her two-year old daughter, and it is the ghost of this child—the Beloved of the title—that haunts the family home. In a wider sense, the specter is the trauma of slavery, and the upending of norms which that wholesale crime entailed. The book is so frightening because, as well as being a story about particular characters, it is a story about everyone: the violence we are capable of perpetrating, the violence we’ve suffered, and the ways in which this does—and must—haunt us all. 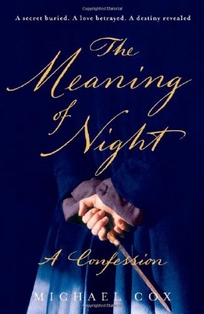 7. The Meaning of Night by Michael Cox

The Meaning of Night may be a 600-page doorstopper of a novel, but its gothic twists and turns led me on with such skill that I began to dread reaching the end. (Lucky for me that Michael Cox wrote an equally enthralling sequel called The Glass of Time.) The Meaning of Night begins on a foggy October evening with our narrator, Edward Glyver, picking an innocent man from the crowd, tracking him through the seamy backstreets of Victorian London, and stabbing him to death. The action is horrific, yet the storyteller’s voice is sympathetic—so what does it mean? Why did he do it? I can’t think of anything creepier, or more irresistible, than a distinctly unreliable narrator holding out his hand to the reader and saying, “Come with me, and I’ll tell you everything…” All the traditional components of a ghost story are present and correct in this gothic chiller, but they’ve been given a sharp twist—the creaky haunted house becomes a scientific research station on the Norwegian archipelago of Svalbard, and the requisite atmosphere of gloom and desolation is provided by the inescapable arctic winter. Place and story are woven together with such skill that terror of the ghost and terror of the landscape merge seamlessly. The apparition that haunts the novel’s main character, Jack, is an integral part of the loneliness he is forced to endure when his research colleagues abandon him, one by one. As the days on Svalbard get shorter and shorter, and the long winter night begins to close in, I’m not sure whether I, as a reader, feel claustrophobic for supernatural or non-supernatural reasons—or, indeed, whether that distinction makes any sense. Is it rational or irrational to fear darkness, cold, and solitude?

The haunted house trope seems inexhaustible: novelists are drawn back to it, time and again, and the best of them will always find a fresh approach. Fuller’s third novel unfolds at Lyntons, a dilapidated stately home in England, over an obscenely hot summer in 1969. The middle-aged narrator—awkward, lonely Frances Jellico—has been employed to stay at Lyntons in order to catalogue the gardens for its absent American owner. She is joined there by Peter and Cara, a charming and self-possessed young couple to whom she finds herself increasingly, and uncomfortably, attracted. As in all the best ghost stories, the supernatural elements are ambivalent–as much a projection of Frances’s disturbed mental state as of the house itself. 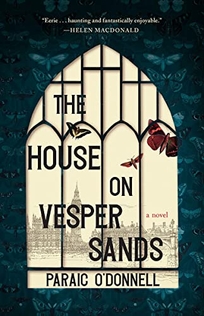 10. The House on Vesper Sands by Paraic O'Donnell

I read this novel over the Christmas holidays, and I remember looking up at the end of chapter one to relish the perfection of the moment: a gale blowing outside, a fire burning in the grate, and a deliciously scary mystery in my hands. Sometimes, paradoxically, a gothic chiller can be frightening and reassuring at the same time–perhaps it has something to do with striking that perfect balance between physical comfort and mental unease–and this was one of those books for me. O’Donnell’s writing style is wholly original, but there are flavours of Charles Dickens and Wilkie Collins in there, as befits the novel’s Victorian setting. The richness, narrative drive, and gothic atmosphere reminded me, in particular, of Great Expectations and The Woman in White. The opening chapter—in which doomed seamstress Esther Tull takes her final walk up to the attic of her employer’s London house, a bloody message stitched into her skin—will stay with me forever.