Jennifer Saint’s enchanting debut, Ariadne, retells the myth of the Minotaur through the eyes of Ariadne, daughter of King Minos of Crete. When Theseus, prince of Athens, is sent as part of that city’s annual sacrifice to the Minotaur, a smitten Ariadne helps him defeat the monster and they flee Crete together. Ariadne hoped they would bring her sister, Phaedra, with them, but fickle Theseus breaks his promise, leaving Phaedra behind and abandoning Ariadne on the island of Naxos, where Dionysus, the god of wine and pleasure, takes her as his wife.

The rich and thrilling world of Greek mythology captivates so many of us as children. It’s a colorful tapestry of heroic feats, capricious gods, and terrifying monsters that dazzles our youthful imagination and transports us to an age of adventure. When we look at them afresh across the centuries, exploring new interpretations and shining a light on some of the overlooked and secondary characters–especially the women–we only find these ancient stories more rewarding and endlessly fascinating.

I think a great appeal of Greek myth is the shared humanity at its core. It features the fantastical, the bizarre, and the downright impossible, but the characters are human and recognizable. They’re flawed, they can fall prey to the pitfalls of greed and arrogance, they suffer loss and heartbreak, they take delight in a sunrise or a warm, scented bath, they argue, and they love. I think this is why there is so much enthusiasm for mythological retellings: they let us escape to another world, but they ask questions that still matter to us today. Here are 10 of my favorite books about Greek mythology that breathe new life into old legends. A beautiful collection of poetry and prose that takes the reader on a tour from primordial Chaos (“as she laughs, the cosmos ripples / And whole galaxies fall apart”) through the deities and mortals of classical mythology, reimagining their stories and their viewpoints to startling, moving, and powerful effect. This book is transporting, vivid, and full of fierce female power. A must-have guide to who’s who in Greek myth, told in Albert’s direct and witty style, this book is a comprehensive guide to all the major characters you need to know about. It’s clear and concise and it doesn’t pull any punches. Albert is honest about just what these so-called heroes and gods really got up to! The stunning illustrations are exquisite and breathtaking, making this book a beautiful piece of art as well as an excellent source of knowledge and entertainment. 3. The Odyssey trans. by Emily Wilson

Wilson’s translation is pitch perfect. Homer’s epic poem, composed nearly 3,000 years ago to be performed as entertainment at banquets and celebrations, relates the trials of Odysseus on his 10-year journey home after fighting in the Trojan War. This translation is a rhythmical, musical work with a steady pace that makes it sing for the modern reader. The language is accessible, the story fluent and captivating, and the details of the ancient world so colorfully rendered that we can feel ourselves there on the creaking deck of Odysseus’ ship, longing to see the smoke spiraling from the home fires of Ithaca. 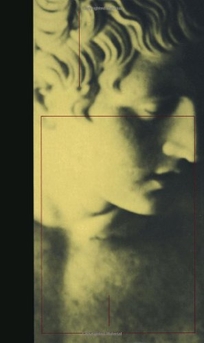 4. The Secret History by Donna Tartt

A truly chilling modern classic, The Secret History brings the savagery of ancient Dionysian rites into a New England college in which a group of Classics scholars become increasingly obsessed with the mysteries of the long-lost cult. It leads them further and further into transgression, the claustrophobic atmosphere of the novel closing in around the reader as they tangle with forces they cannot hope to tame or control, with devastating consequences. 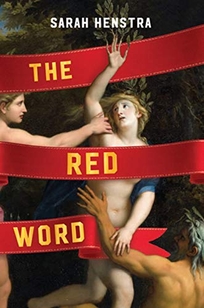 5. The Red Word by Sarah Henstra

Another modern spin on Greek mythology set on a college campus, this story is told from the viewpoint of a female student, who sees that the darkest elements of ancient misogyny are alive and kicking today. It interlinks modern rape culture with the mythological world in which “brotherly bonds depend on our debasement,” whether that’s the Trojan War or a college fraternity. A dark but beautifully told and complex story that resonates through the ages. 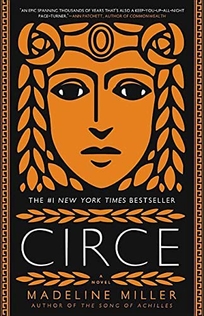 The life of an ancient, immortal witch born to the cruel sun god Helios and best known for her dalliance with Odysseus is told in this spellbinding, glorious novel. From the obsidian halls of her childhood home to her exile on a deserted island, taking in the golden palace of Knossos and the dim depths of the ocean home of the powerful monster whose help she must enlist, Circe’s world lives and breathes in lush, lyrical prose. This is a completely fresh portrait of a maligned and misunderstood woman and a book whose pages you will return to over and over again. 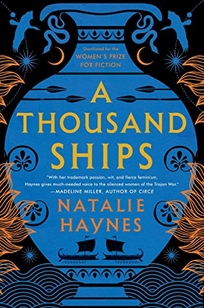 7. A Thousand Ships by Natalie Haynes

The Iliad retold through the eyes of women, this novel has a vast ensemble of narrators. Creusa, the wife left behind by Aeneas, awakens to the sack of Troy–her city on fire, her husband and son gone, her world reduced to ashes. While the men are slaughtered, the women are lined up on the beach to be chosen by the conquering Greek warriors. At home in Mycenae, Clytemnestra plots an unforgettable homecoming for Agamemnon. The goddesses that preside over the devastation have their say, too. There is humor alongside the tragedy and brutality in this brilliant retelling. 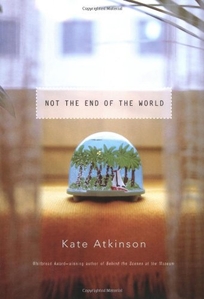 8. Not the End of the World by Kate Atkinson

This collection of short stories is set against an apocalyptic background in which two women share tales in a ruined city. The stories take place in the modern world, with the eerie touch of ancient myth creating a strange and surreal atmosphere. Marianne, in a moment’s distraction while driving, hears the thundering of Hades’s chariot galloping beside her in a reimagining of Persephone’s abduction; a young boy out of place in his life visits an aquarium and discovers his connection to the Greek god of the sea; a nanny with the fierce spirit of the hunter-goddess Artemis takes her young charge on adventures. It’s a beguiling glimpse at a world still infused with myth and magic always present just below the surface. 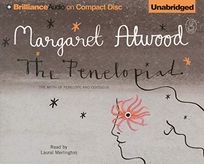 9. The Penelopiad by Margaret Atwood

This sharp and thought-provoking take on The Odyssey gives voice to Odysseus’s famously patient wife Penelope. Her narrative is framed by the songs and protestations of the Chorus, 12 slave girls murdered by Telemachus as punishment for sleeping with the suitors who have besieged his home in his father’s absence. Their interjections are poignant and painful, interweaving with Penelope’s wry and honest version of events and placing the patriarchal and misogynistic treatment of the women in the epic front and center. 10. The Iliad by Gillian Cross, illus. by Neil Packer

One of the joys of Greek mythology for me is sharing the stories with my children. Gillian Cross’s retelling of The Iliad is a great introduction for younger readers keen to discover the legendary adventures. The story is exciting and dynamic and it’s beautifully illustrated in a style that echoes Greek vase paintings but rendered in vivid color, full of energy and emotion. It’s sure to spark the imagination of the young Greek myth enthusiast in your life!