Zoraida Córdova’s radiant adult debut novel, The Inheritance of Orquídea Divina, follows the troubled Montoya family in the magical Midwestern town of Four Rivers. As the book opens, matriarch Orquídea Divina has just sent out wax-sealed, bird-delivered notices for her own funeral, inviting her children and grandchildren to “come and collect your inheritance.” With her family gathered around her, Orquídea enters a kind of magical earthly limbo and exhorts her progeny to “protect your magic.” Her warning remains mysterious until seven years later, when the Montoyas are pursued by a malevolent man who visits death and destruction on their extended family. The story acquires a thrillerlike tempo as the Montoyas draw closer to the mystery at the heart of Orquídea’s curse, adding up to an inspired and entertaining blend of magical realism and fantasy.

I wouldn’t be a writer without vampires.

I wouldn’t be a writer without vampires. When I was 13, I read In the Forests of the Night by Amelia Atwater-Rhodes and I was proverbially bitten. Thanks to a spread in Tiger Beat or YM magazine (I can’t recall which two decades later), I knew that Atwater-Rhodes had been 14 when she got published by Delacorte. Seeing a sliver of myself, a teen girl, in her was the tiny compact mirror I needed to know that it was possible. So I read. And read. And read. After school I would go to the Jamaica branch of the Queens Public Library and type in words like “magic” and “witch” and “mermaid” and “werewolf” in the “juvenile section” computers. Then I’d check out whatever books popped up.

Science fiction and fantasy has shaped me in several ways. It made me curious about the analogs that we create. After all, despite being set in worlds that are far, far away or expansive lands like the Seven Realms, SFF reflects our real world. Our ugly wars and uglier sins. Our technology, or lack thereof. Our social norms and prejudices. Every label under the speculative fiction umbrella—from magical realism to space opera, can be a way to examine the human condition with a degree of separation. It’s our world, but not. It’s our world, but so much more. Here are some of my recent favorites. I will never shut up about this book or the way Tessa Gratton somehow manages to mix “literary” and “fantasy” in the best way possible. Strange Grace is the small town of Three Graces, a haven without sickness or premature death. All they have to do is sacrifice a saintly boy to the devil in the forest during the Slaughter Moon. This time, three teens change the rules as Mairwen, Rhun, and Arthur all enter the wood. Told in alternating timelines and in Gratton’s stunning prose, this novel tackles gender roles, queer love, and impossible sacrifice. 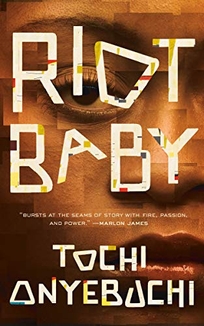 When we talk about boundary pushing science fiction, Tochi Onyebuchi springs to mind right away. Riot Baby is an about a global dystopia, and centers on two siblings—Ella and Kev—who have extraordinary powers. It is about the Black American experience, as told through a world that is supernatural and brutal. 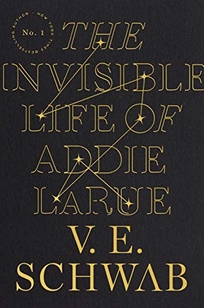 3. The Invisible Life of Addie LaRue by V.E. Schwab

This standalone is a slight departure from Schwab’s action-packed fantasy series. But it has her beautiful language and signature defiant heroine in Addie LaRue, who makes a deal with the devil to live forever—the catch is that no one will ever remember her. Four hundred years later, she’s learned how to leave her anonymous mark on the world, until someone finally remembers her. 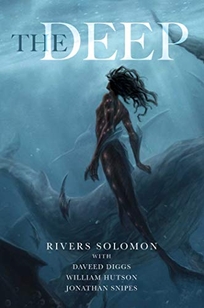 4. The Deep by Rivers Solomon

The Deep is inspired by the Hugo Award–nominated song “The Deep” from Daveed Diggs’s rap group clipping. Rivers Solomon takes the inspiration and makes something truly original in the story of Yetu, a member of a society of water-dwelling descendants of pregnant African slave women who were thrown overboard by slave owners. In the deep, their past is forgotten to save them from trauma. Except for Yetu, the historian—she remembers for everyone. This is Yetu’s burden. This is the recovery of memory and identity. 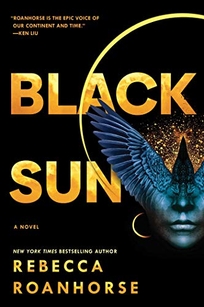 Still mad at the Game of Throne series finale and longing for big world fantasy? This first book in the Between Earth and Sky trilogy is everything. Inspired by the pre-Columbian Americas, Black Sun has it all—celestial prophecies, political intrigue, and (my personal favorite) forbidden magic. In the holy city of Tova, the winter solstice is a time of celebration. This year, it coincides with a solar eclipse, an event that marks the unbalancing of the world. Meanwhile, a disgraced ship captain with great power named Xiala and her mysterious passenger are ready to arrive in Tova on the solstice. Let destiny begin… 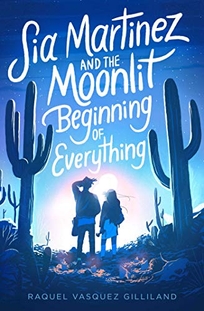 6. Sia Martinez and the Moonlit Beginning of Everything by Raquel Vasquez Gilliland

Raquel Vasquez Gilliland's debut novel puts a spin on close encounters with extraterrestrials by pairing it with themes of immigration and Mexican folklore. Three years after Sia Martinez's mother disappeared, she's finally ready to move on. She believes her mom was deported, or dead. But one night, her mother reappears after crashing her spacecraft into Sia's car. She's very much alive and on the run—and she needs Sia's help. 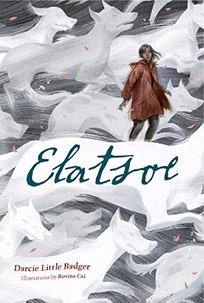 This debut novel imagines a different kind of America, one shaped by the legends of its Indigenous and immigrant peoples. There is also magic. Elatsoe has the ability to raise the dead, a skill passed down from her Lipan Apache family. When her cousin is murdered, Elatsoe uses her abilities to unravel the mysteries of a town that wants to remain secret. 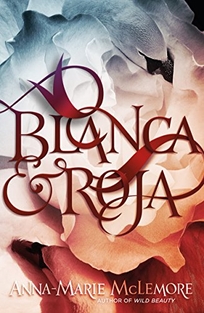 Anna-Marie McLemore has some of the most beautiful books out there. Their books often deal with the complexity of gender and Mexican-American families. Blanca & Roja is perhaps my favorite of McLemore’s books because it’s a decadent story about sisters and the wild magic of possibility. Blanca and Roja are best friends and fierce rivals because of a family curse that says one of the sisters is destined to become a swan on her birthday. They will do everything possible to change their fates. 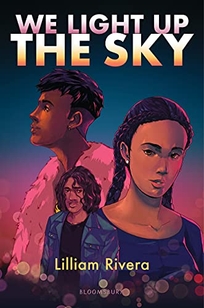 9. We Light Up the Sky by Lilliam Rivera

The last year and a half has felt like the end of the world. In We Light Up the Sky, Rivera envisions a Los Angeles that has survived a pandemic. But there is still more to come as a strange alien arrives with the ability to take the shape of loved ones. The invasion is recounted from the perspective of three Latinx teens just trying to survive. 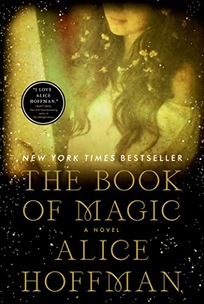 10. The Book of Magic by Alice Hoffman

Alice Hoffman concludes the story of the Owens family with a joyous cry of a novel. When I opened the first page, I wasn’t ready to say goodbye to these witchy women I got to know in the classic Practical Magic. Here are three generations of Owenses doing everything they can to break the curse that has plagued them for over two centuries. The Book of Magic is about belief in the most ephemeral things—love, magic, and hope.