In Gus Moreno’s raw, haunting debut novel, This Thing Between Us, random cold spots and scratching noises in the walls are just a few of the strange incidents that Thiago Alvarez and his wife, Vera, notice upon moving into their Chicago condo. The incidents only worsen with the arrival of Vera’s new smart speaker, the Itza: weird packages, including industrial-strength lye and a book on contacting the dead, begin arriving at their home, and the Itza is heard having conversations in otherwise empty rooms. When Vera dies in an accident, Thiago is unable to cope with his overwhelming grief and leaves Chicago for a cabin in Colorado. Plagued by dreams that tear at the seams of reality, his paranoia nears its breaking point as an unrelenting evil force follows him, feeding off of his distress. Moreno’s graceful prose, terrifyingly vivid descriptions, and insights into the all-to-human complexities of grief mark him as a horror writer to watch.

The problem with most groundbreaking novels is that we don’t realize their impact on the culture until years have passed, sometimes decades. They’re so innovative, boundless, against the grain, that they don’t fit into any neat box we’ve established for art, which prompts us to either condemn the book or ignore it. Of course, the novel perseveres. The novel abides. And the works that follow it are forever changed.

In horror, what’s groundbreaking is often conflated with what’s the most extreme or transgressive, but the books listed below push the boundaries of the genre in terms of what terrifies us, what disturbs us, and what we expect from a horror novel. Their refusal to easy categorization only adds to their mystique. 1. The Girl Next Door by Jack Ketchum

Two young girls move in with their aunt and her sons in an assuming suburb and develop friendships with other neighborhood children. Is there a slasher? No. Is the house haunted? No. They’re cannibals then? No. Ghosts? Zombies? Serial Killers? Nope. Is it the most disturbing novel I’ve ever read? Yes. As the novel progresses, the walls begin to close in around what this story actually is about, and no work combines the domestic and the extreme more than The Girl Next Door. Many novels explore what’s beneath the thin veneer of suburban life, but not many reach the depths Ketchum’s book does, and you’re too ensnared in the story to stop by the time truly horrific things begin to happen. If the frog-in-a-pot-of-slowly-boiling-water fable was a novel, it would be this. 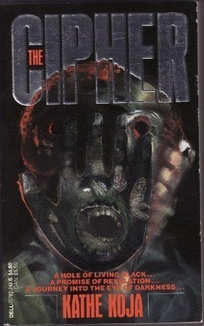 2. The Cipher by Kathe Koja

A tenant in a dilapidated apartment and his on-again-off-again girlfriend discover a hole in the building’s maintenance closet. The hole is seemingly… alive. And as they interact with the hole, their minds and bodies are changed in the process. Anyone looking for answers will only be greeted by the black hole staring back at them. Kathe Koja’s work is always genre-bending and immersive, but The Cipher might as well be a VR headset. No other book exemplifies the immediacy and tactile nature of her fiction more than this one, and anyone looking for something that’s visceral and pulls no punches needs to read it, to realize how ill-equipped they were for such a wish. Before The Hunger Games, before Squid Game, there was Battle Royale. A class of middle school students in Japan are kidnapped to a remote island by their authoritarian government. Anyone who tries to flee the island will detonate the explosive fitted around their necks. The only way to survive is to kill each other until only one is left, and some of these middle school students have a taste for violence. On one hand it’s a coming-of-age story, and on the other it’s a metaphor for blindly accepting the status quo. Combined with our collective obsession for entertainment, Battle Royale is a bloody masterpiece. The cat-and-mouse thriller was never the same after Thomas Harris arrived, but his most innovative work is Red Dragon. The obvious reason is the introduction of Hannibal Lecter, and the way the prose changes whenever he appears, cementing his status as an icon before a novel was ever dedicated to him. But it’s also how Harris pays careful attention to building Francis Dollarhyde into a preternatural being, and Will Graham’s mental decline as he hunts down the Dragon, balancing at the edge of an existential sinkhole, that adds a new wrinkle to the serial killer procedural. No one gets out unscathed, and the evil in this book exists like a cloud over the pages. 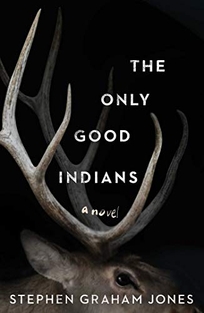 5. The Only Good Indians by Stephen Graham Jones

My only gripe with people calling Stephen the “Jordan Peele of Horror” is that he’s been doing this kind of work well before Peele’s debut classic, Get Out. But the comparison is apt, and The Only Good Indians is the reason. Four American Indian men go hunting in an undesignated area, starting a chain of events that hunts them down one by one. The effects of this book will be felt for years to come, but what’s so remarkable is its ability to be a social commentary for a general audience and remain a specific American Indian story. Writers looking to explore culture and race in genre would do well to start here. 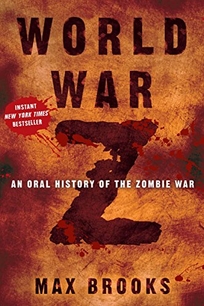 At first, I didn’t understand the praise for this book. Or I did, except I assumed the praise was coming from people who either didn’t normally read horror, either because they didn’t like it or because they were too scared. Sure, there were zombies, and it was a good read, but it wasn’t tingling my horror sense. Then the harrowing accounts of people fleeing cities arrived, and the entire thing bloomed before my eyes. This book was the first to combine the structure of infotainment guidebooks with a fictional narrative bent, and what resulted is an entire world of a novel. It riffs on the works of Studs Terkel as well, which in our current times gives World War Z the feel of a podcast, in the best possible way. 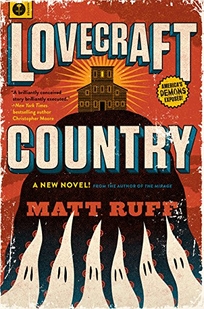 The Turner family must both face the supernatural elements encroaching on their lives, while at the same time trying to survive a Jim Crow-era America. The current trend of deconstructing horror for social commentary can be traced back to Mary Shelley, but Lovecraft Country is the novel that crystallized how it can be done for a modern audience. As writers seek out ways to be more inclusive in their works, Matt Ruff is an example of someone who wrote about characters outside of his racial background without falling into the pitfalls of stereotype or even veiled racism. 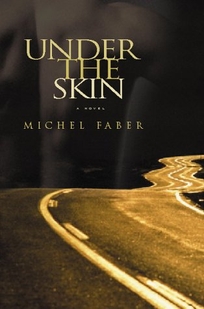 8. Under the Skin by Michel Faber

Isserly is an extraterrestrial surgically made to look like a diminutive human woman with cartoonish proportions. She cruises the Scottish Highlands looking for beefy men to take back to her farmhouse. What goes on there is worse than her hitchhikers could have ever imagined. Often tagged as science fiction, allegory, satire, or Kafkaesque, Under the Skin exists on its own wavelength. It’s one of those books that, in telling its story, does not realize the genre ground it encroaches upon, or even cares. This results in scenes and imagery as horrific as any book traditionally categorized as horror. You may not recognize the humanity on display in its pages, but it is all too human. 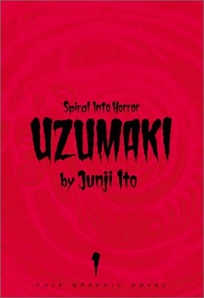 Graphic novels blur the line between comics and fiction literature, and no book captures this better than Uzumaki. The small, remote town of Kurouzu-cho is slowly being contaminated. Not by chemical waste or infectious disease, but by... spirals. To give anymore away would do Junji Ito’s masterpiece a disservice. Uzumaki takes cosmic horror to an entirely new level, mining the spiral for fear and dread in ways only Ito could. Influenced by Lovecraft, Uzumaki ultimately surpasses the tag of Lovecraftian horror into something totally its own. You won’t be able to look at the water draining out of your tub the same way again. This book is a mainstay of Bizarro fiction, but since it was published before the crystallization of the genre, I’m including it here. I was introduced to it by someone saying it was as though Kurt Vonnegut had written a horror novel, and they were totally right. To try to summarize the book in a few sentences is impossible. A portal opens between our world and a much more visceral, monstrous world, giving way to a strange phenomenon: people finding themselves staring at a blank wall, unable to do anything beyond shrugging. A powerful story about individuality and purpose, Satan Burger blazed a new genre and cemented Carlton Mellick III as a snarling face on the Bizarro Mount Rushmore.