10 Inspirational Guides to Healing the Planet

Physician Kinari Webb’s valiant debut, Guardians of the Trees, addresses the links between climate change and health care head-on. She recalls the trip she made as a college student to Borneo, where she was struck by the intense need for medical care in the country’s remote villages. Not long after graduating from Yale’s medical school, Webb returned to Borneo, in hopes of helping mitigate the costly health care that led many to turn to illegal logging. Working with international and local teams, she eventually founded two nonprofits “designed to improve people’s health as the key to saving [the] rain forest.” After a near-fatal sting by a box jellyfish in July 2011, Webb was forced to scale back her hands-on humanitarian efforts, but her devotion to fighting for the health of the world and its people remains unflagging, as evidenced in her galvanizing and hopeful story.

Humanity is just beginning to awaken a series of interconnected crises that threaten our very survival as a species. These are the destabilization of our climate, the loss of much of the biodiversity on our planet, and colonialism and racism. What’s remarkable, though, is that by addressing these issues simultaneously, profound impacts can be achieved—hopefully enough to bring about a thriving future for all living beings.

Working alongside rainforest communities to improve their well-being and reverse the loss of rainforest has taught me that I can no more separate my own health from the health of the planet, than I can separate my own well-being from that of another human being’s. This was so vividly made clear to me in the first year I spent in Borneo, when I learned that people were often forced to cut down giant rainforest trees to access health care. In order to secure short-term survival, they were destroying an ecosystem they loved and saw as essential for their own and the planet’s long-term health.

At this critical juncture for humanity, I believe these 10 books can help us to believe change is possible, and to re-learn the critical importance of interconnection that most Indigenous and traditional communities have not forgotten. But this work of healing on a personal, community, and global level is not just intellectual, it is somatic, spiritual, and emotional I’ve found these books helpful in those realms, too. 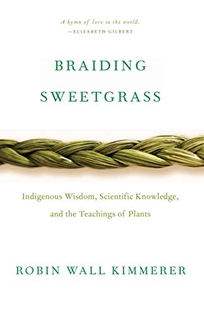 I found nearly every page of this delightful essay collection incredibly helpful in elucidating the wisdom of Indigenous science and daring to envision a world based on an Indigenous gift economy. I also appreciated the way Kimmerer, a botanist and member of the Citizen Potawatomi Nation, interweaves her personal intergenerational healing with community and global healing to be very resonant. I think the links between them are true for all of us, and even more so for those who have experienced the most harm. 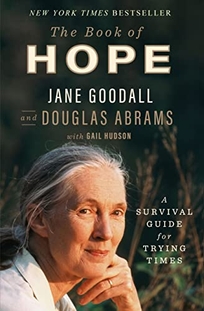 2. The Book of Hope: A Survival Guide for Trying Times by Jane Goodall and Douglas Abrams

Naturalist and primatologist Goodall shares her experiences of hard-won hope in Tanzania and elsewhere—which are often based in listening to the wisdom of local communities so that they can thrive and thereby protect the forest and the chimpanzees. 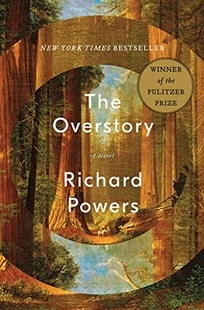 3. The Overstory by Richard Powers

Nine trees serve as the protagonists of this beautiful novel, with the mighty redwood taking center stage. Most of the human characters, while flawed, are still heartening The underlying theme is for us all to find that inner burning light of inspiration, hold onto it, and begin to act in support of our planet. Ultimately, Powers elicits hope that we can begin again. 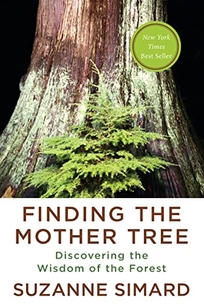 4. Finding the Mother Tree: Discovering the Wisdom of the Forest by Suzanne Simard

This is a phenomenal tale of perseverance, resilience, and humility. A forester in British Columbia, Simard discusses the magic of the mycorrhizal network and the interconnectivity of trees and forest, explaining how trees talk to each other. It is an awe-inspiring example of how little we really know about our natural surroundings.

5. All We Can Save: Truth, Courage, and Solutions for the Climate Crisis edited by Ayana Elizabeth Johnson and Katharine K. Wilkinson

An important work of intersectional environmentalism, the essays in this collection reveal how racism and environmental destruction go hand-in-hand: both have roots in the same destructive belief that we are truly divided and separated, when, in fact, our collective ability to thrive is intertwined and interdependent. This brilliant love story explores how mercury poisoning and other aspects of environmental justice are inextricably linked to social justice, and features remarkable individuals (many real-life ones are interwoven with Williams’s fictional characters) who give all they’ve got for love of the earth, and each other. 7. The Land Is Not Empty: Following Jesus in Dismantling the Doctrine of Discovery by Sarah Augustine

This is an incredibly powerful call to action—particularly for Christians—about combating one of the root evils on our planet: the Doctrine of Discovery. A papal bull written in the 1400s that designated land as “empty” unless owned by a Christian monarch, the Doctrine of Discovery is the basis of modern-day land rights and fails to recognize collective Indigenous ownership of land. It’s still cited when extractive industries take Indigenous land, but Augustine has clear ideas about how to put an end to that.

8. My Grandmother's Hands: Racialized Trauma and the Pathway to Mending Our Hearts and Bodies by Resmaa Menakem

Menakem, a therapist, contends that everyone is harmed by racism, and that the trauma manifests in our unconscious physical responses. Luckily, there are ways to change these responses, and he offers impactful somatic exercises we can all use to heal from intergenerational, systemic, and personal wounds. 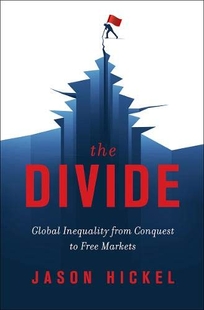 9. The Divide: Global Inequality from Conquest to Free Markets by Jason Hickel

Hickel provides a brilliant overview of the destructive nature of colonialism and its consequences for the planet, showing how poverty was and is created by systems that benefit the global North.

10. Lightning Flowers: My Journey to Uncover the Cost of Saving a Life by Katherine Standefer

Standefer, who was implanted with a cardiac defibrillator after being diagnosed with a rare heart condition, pens a poetic and moving memoir about illness, the failings of the American healthcare system, reductionist medicine, and how connected we all are with the natural world. With wires made from metals extracted from the earth forming a tangled knot in her heart (and threatening her very survival), Standefer sees humans and the planet as literally intertwined.