Sports Illustrated senior writer Chris Herring’s spirited debut, Blood in the Garden, is a thrilling deep dive into the New York Knicks teams of the 1990s. Under the guidance of coaches Pat Riley and Jeff Van Gundy—and players including Patrick Ewing, Charles Oakley, and Anthony Mason—the Knicks made the playoffs routinely, and the finals twice, nearly capturing their first title since 1973. Herring skillfully evokes the intensity and tension of the NBA, and delivers humanizing portraits of Ewing, who faced horrific racist taunts before entering the pros; Riley, a strict martinet who survived a difficult childhood; and Van Gundy, who risked his own safety to protect his players during a brawl with the Miami Heat.

Hoops fans are blessed to have no shortage of good reading on the sport. At one point or another, most of these stories focus on strategies and sheer on-court passion. But at their best, the most engrossing basketball books reveal more than that, giving us a deeper window into society itself.

Here are 10 of my favorite basketball reads, many of which helped shape the way I went about writing my own book. 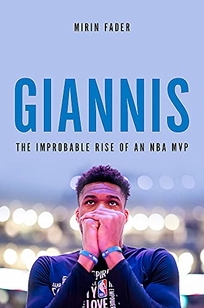 1. Giannis: The Improbable Rise of an NBA MVP by Mirin Fader

A revealing, masterful portrait of perhaps the most unlikely superstar the NBA’s ever had: Milwaukee Bucks forward Giannis Antetokounmpo. The story is wrenching in some ways, but lighthearted and joyful in others. Fader threads the needle perfectly in capturing the dualities Antetokounmpo has faced in terms of his Greek nationality, but also in going from poverty to immense wealth in such a short amount of time. 2. The Jordan Rules: The Inside Story of One Turbulent Season with Michael Jordan and the Chicago Bulls by Sam Smith

The first penetrating work written on arguably the greatest player of all-time. If someone were to read it now, for the first time, they’d be surprised that many of the things Jordan was defensive about then—particularly his harsh, at times mean-spirited treatment of his teammates—would later become hallmark features of one of the fiercest competitors to ever lace them up. 3. Heaven Is a Playground by Rick Telander

A project that began as a magazine feature for Sports Illustrated spawned into one of the more beloved hoops books of all-time. It’s about a much different time, the 1970s, when inner-city playground basketball was both highly meaningful and plentiful in New York City. The book—which runs the emotional gamut in terms of its highs and lows—is as much a sociology study as it is about basketball. 4. Sum It Up: 1,098 Victories, a Couple of Irrelevant Losses, and a Life in Perspective by Pat Summitt with Sally Jenkins

This memoir from the legendary University of Tennessee women’s basketball coach shows Summitt at her most ferocious, and, as she transitioned into motherhood, as a slightly more mellowed figure. It came out in 2013, two years after she’d been diagnosed with early-onset Alzheimer’s disease, which prompted her to retire. (Summitt passed away in 2016.) But reading it allows for a beautiful trip through her mind as she recounts the experiences that fortified her determination, even as a little girl. 5. I Came as a Shadow: An Autobiography by John Thompson with Jesse Washington

Anyone would benefit from reading this one. Aside from the countless relationships Georgetown coach Thompson shared with some of the biggest names in the sport, the book lays out a number of important principles he lived his life by. Anyone who thinks he was merely a basketball coach is sorely mistaken. He was larger than life, and had life lessons—rooted in race, education, and the larger notion of fairness—for every one of us. 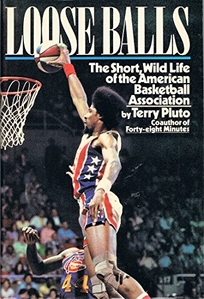 Consider me a big fan of books on older, now-extinct sports leagues. (Football for a Buck, on the old USFL, is one fantastic example.) They all have endless anecdotes that sound like they’re from another universe altogether, because of how things operated during a prior era, with far fewer resources and less polish. Loose Balls, a rollicking oral history on the old ABA days, disassembles dunk contests and Dime Beer Nights alike. And if basketball has a book equivalent to Jim Bouton’s Ball Four, it’s this. 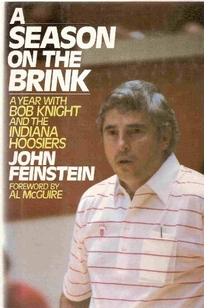 7. A Season on the Brink: A Year with Bob Knight and the Indiana Hoosiers by John Feinstein

The book responsible for launching a slew of others just like it, with embedded, season-long access to a team—and its iconic coach—standing in the limelight. No piece of literature better captures Hall of Fame coach Bobby Knight’s otherworldly temper, but also his by-the-book way of closely following NCAA rules while at Indiana. Behind-the-scenes accounts like this one—which briefly became far more common in the years after Feinstein’s 1986 bestseller—are incredibly rare these days. Few subjects would be as comfortable being examined that closely in today’s social media era. 8. The Breaks of the Game by David Halberstam

It doesn’t get much better than David Halberstam when it comes to writing, whether his analysis covers foreign affairs, social change, or the sports world. But it was a treat each time the late author delved into basketball, particularly when he penned The Breaks of the Game, about a Blazers team that had experienced greatness and won a championship, but, at the time of Halberstam’s analysis, was in upheaval after the thorny trade of injury-prone superstar Bill Walton. The book, a masterclass in profile writing, pulls together multiple threads, ranging from the changing power dynamics in the NBA and labor rights to race, both throughout the country and in the league itself. 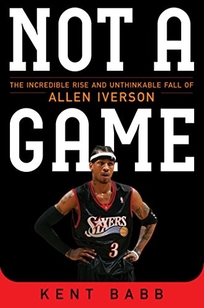 9. Not a Game: The Incredible Rise and Unthinkable Fall of Allen Iverson by Kent Babb

Fans of Allen Iverson, one of the most iconic athletes of the past 25 years, will find several parts of Not a Game difficult to read. Not because of its nonlinear storyline, and not because it’s somehow unfair. Simply put: The book is unsparing. It repeatedly shows Iverson’s humanity for what it is: highly imperfect, to the point that the superstar who’s earned nearly every accolade there is runs the risk of throwing it all away. 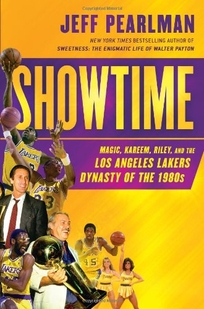 10. Showtime: Magic, Kareem, Riley, and the Los Angeles Lakers Dynasty of the 1980s by Jeff Pearlman

Showtime is the best of everything: one of the most revered, iconic clubs of all-time, with some of the best players of all-time, some of the most colorful personalities of all-time, all happening during perhaps the rowdiest era—with surpluses of sex, drugs and drinking—in sports history. And lucky for us, the fantastic book will soon become a dramatized HBO series. If it’s anywhere near as good as the book, the series will be must-see television.