Lyla Herschel, the principal narrator of Eliza Jane Brazier’s fiendish psychological thriller, Good Rich People, and her super wealthy husband, Graham, live in a grand house perched on a cliff in the Hollywood Hills. To alleviate their mutual emotional ennui, the couple initiate a dangerous game with the well-to-do tenants they solicit for the guesthouse on their property. Meanwhile, a homeless woman stumbles into a once-in-a-lifetime opportunity to take on the identity of a well-paid director of a tech company. When she applies to be Lyla and Graham’s new tenant, she becomes unwittingly entangled in their nefarious schemes. The action builds to a climactic out-of-control 30th birthday party that involves guests in a battle of “simunition” (“Real guns but fake ammunition”). Readers with a taste for the idiosyncratic and the macabre will find much to relish.

In my book Good Rich People, one of the characters says of Los Angeles, “You will never find a city where people care less what you get up to.” I grew up outside Los Angeles and I always dreamed of living there one day. My reference points were paparazzi photos and visits to my grandpa’s house in Brentwood. I thought L.A. was the most beautiful city in the world. It can be at the right angle. But income disparity, a predatory entertainment industry, and government corruption also make it one of the darkest.

Los Angeles is a city that grew fast and burst open at the seams. It’s a city that too many people gave up on and are still giving up on all the time. People think of Hollywood as the place where dreams come true but more often, it’s the place where they don’t. Which makes it the perfect setting for a nightmare of a thrilling novel. Here are 10 of my favorites: 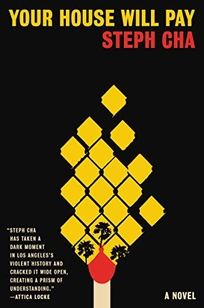 1. Your House Will Pay by Steph Cha

Bursting with suspense and power, Steph Cha’s novel grapples with racial tensions in Los Angeles from the riots in the 1990s to the present day, presenting a portrait of the city we rarely see in films but which is the omnipresent reality. Winner of the L.A. Times Book Prize, this is a searing, honest portrait of Los Angeles. 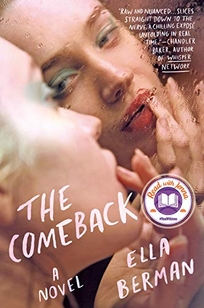 2. The Comeback by Ella Berman

Ella Berman’s The Comeback catalogues a young actor coming to terms with abuse at the hands of a powerful film director. It offers insight into the perfect victim archetype and highlights the particular abuse nurtured by an industry built on wildly imbalanced power dynamics. A more unexpected offering from Double Indemnity author James M. Cain, Mildred Pierce follows the travails of a single mother in 1940s Los Angeles whose determination to give her daughter everything she never had leads to terrible consequences. 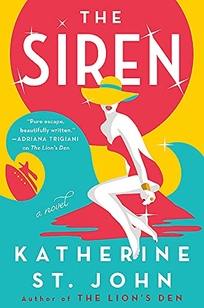 4. The Siren by Katherine St. John

This juicy thriller gives readers a front row seat to a Hollywood takedown via the perspectives of three women at various stages of their careers. It’s a soapy delight filled with competition, revenge, lust, and dark secrets. 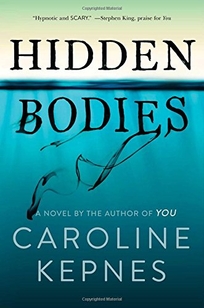 Another over-the-top thriller, Hidden Bodies is the sequel to Caroline Kepnes’s breakaway hit You. In this story, antihero Joe Goldberg relocates to Los Angeles. Kepnes, who has lived in Los Angeles herself, takes delight in purloining L.A. culture, while weaving a dark tale all her own. 6. The Song Is You by Megan Abbott

Megan Abbott is an avid fan of the noir genre, and it shows in her storytelling. The Song Is You weaves a tale of murder and intrigue in hardboiled Hollywood. Based on the real-life disappearance of starlet Jean Spangler, it’s brought to startling life by Abbott’s magnificent prose. 7. The Day of the Locust by Nathanael West

Another story set in the “Golden Age of Hollywood” that shows that even back then the seeds were being sewn for what Los Angeles would eventually become. The Day of the Locust follows a young set designer as he immerses himself in a sordid world of desire,
frustration, and eventually rage. 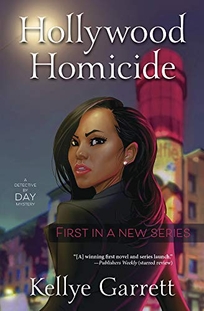 Offering a more humorous look at Hollywood thrills, this is the story of a Black actor who decides to solve a murder for cash. Dayna Anderson becomes increasingly invested in solving the mystery—and increasingly under threat—as she follows it through a familiar assortment of Hollywood stomping grounds. 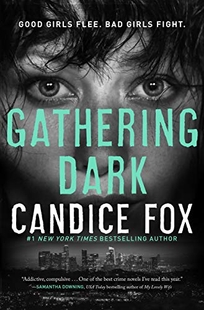 A twisted tale of murder and redemption, Gathering Dark features an ex-con who must team up with the LAPD detective who incarcerated her in order to save a missing girl. Fox places complicated characters in extreme situations with Los Angeles as the unforgiving backdrop. 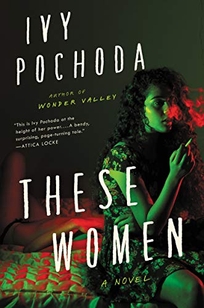 10. These Women by Ivy Pochoda

A gritty noir set in south L.A., These Women chronicles the reverberations of brutal murders on the local community. When the threat returns years later, the survivors have to grapple with how the deaths of these women continue to affect their lives.