In her mesmerizing new book, Scoundrel: How a Convicted Murderer Persuaded the Women Who Loved Him, the Conservative Establishment, and the Courts to Set Him Free, Sarah Weinman does a masterly job resurrecting a stranger-than-fiction chapter in American criminal justice. In 1957, unemployed veteran Edgar Smith was convicted of killing 15-year-old Victoria Zielinski in New Jersey and sentenced to death. After conservative intellectual William F. Buckley learned Smith was an admirer of Buckley’s magazine, National Review, Buckley began corresponding with Smith, leading to an unlikely friendship and financial support for legal efforts to spare Smith’s life. Smith, who published both a book about his case and a mystery novel from behind bars, was released in 1971 for time served. Five years later, he stabbed a woman nearly to death in California. Weinman’s dogged research, which included correspondence with Smith, who died in prison in 2017, enables her to craft a deeply unsettling narrative about how a clever killer manipulated the justice system and the conservative media to his benefit.

How long do moments last? For the genre of true crime, this current moment is roughly seven and a half years old, dating to the immense popularity of the podcast Serial's first season since it dropped in the fall of 2014. But crime and murder is a perennial fascination, dating back centuries. Think of the preacher Cotton Mather's pamphlets in the late 17th century, or Benjamin Franklin's early yellow journalism. Or, well, the Bible. We love to consume stories about the worst humanity can do and seek to understand how and why it happened.

Murder is, of course, an awful, ugly business, and Americans in particular continue to crane their necks to get a peek at the worst of the wrecks. We want answers, we want justice, we want heroes, we want villains, and real-life crime offers so many of these and then some. Crime fiction may desire order out of chaos, but true crime grapples with the chaos while hoping for catharsis in the meantime.

These larger issues, and the connections between crime and society and human behavior, have preoccupied me for much of my life. Peering into the abyss—and hoping that same abyss doesn't swallow me up if I take the wrong step, or cross a gossamer-thin line. These 10 books helped me make sense of the world's darkest corners. Modern-day true crime could not exist without the writings of Roughead (1870–1952), a Scottish lawyer with an avid interest in criminal trials. His write-ups of the legal proceedings he attended and cases he researched, collected in this single volume, are infused with delight and brio, as well as bursts of outrage at obvious wrongs (including that of Oscar Slater, subject of Margalit Fox's outstanding Conan Doyle for the Defense.) My freshman college roommate gave me a copy of this book for my birthday, and I know it played a huge role in why I pursued a master’s degree in forensic science (even if it’s one I never used, except as fodder for writing about crimes of all kinds.) Thorwald writes with exceptional clarity about cases obscure and famous solved with forensic techniques like blood typing and elemental analysis of gunshot residue. DNA and CSI-style glamorization make those older techniques seem quaint, but current criminalists owe a lot to their chemically minded pioneers. It still amazes me that this book and its earlier companion volume, The Century of Detective—which lost the Edgar Award for Best Fact Crime to In Cold Blood—have yet to be rescued from out-of-print oblivion.

This infuriating story of a son wrongfully convicted for the murder of his mother, and the campaign by the likes of William Styron, Renata Adler, Philip Roth, and Arthur Miller to free him, was on my mind a great deal as I wrote Scoundrel. Barthel’s book, first published in 1977 and reissued in digital format in 2016, focuses on the 1973 murder of Barbara Gibbons in Connecticut, and how her 18-year-old son, Peter Reilly, ended up in the crosshairs of local police and prosecutors. Their continuous bungling means that it's unlikely, if impossible, that we'll ever know (with proof) who killed Gibbons. 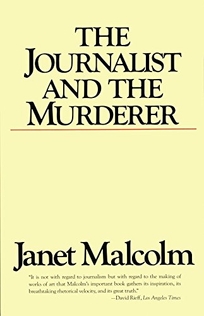 4. The Journalist and the Murderer by Janet Malcolm (1989)

That searing opening paragraph. That excoriating criticism of Joe McGinniss’s methods where he gained access to Jeffrey MacDonald, presumed killer of his wife and children, by professing belief in his innocence only to turn on him in print. But I’ve always thought Malcolm's brilliant, merciless book didn’t really care much about the MacDonald case—it was just a perfect, legally fraught example of the failures of the journalist-subject relationship. And it’s why I returned to it while working on Scoundrel—my own account of the porous bonds between a journalist and a murderer. I wish this watershed true crime account from Canada, admittedly an 800-page doorstopper, was more widely available, or that it would be reissued with updates. It deals, exhaustively and comprehensively, with one of the most troubling criminal chapters in that country’s history. Nine-year-old Christine Jessop was raped and strangled to death in 1984, and law enforcement convinced themselves that neighbor Guy Paul Morin killed her. He was acquitted, then convicted (Canada doesn’t have double jeopardy), and then DNA testing freed him for good in 1995. Jessop's real killer was finally discovered via genetic genealogy, and knowing this makes the systemic failure to capture a suspect living in plain sight all the more infuriating. 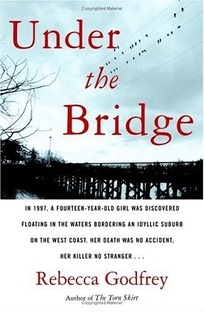 Here is another standout true crime work by a fellow Canadian. Godfrey, whose novel The Torn Skirt is an underground classic, essentially taught herself journalism in order to report this harrowing account of the 1997 murder of Reena Virk, an Indigenous teenager living in Victoria, B.C., and the subsequent arrests and trials of several classmates. Godfrey renders the victim and the perpetrators in stunning, three-dimensional detail, an acuity made more sensitive as befitting a novelist.

When a genre finally makes it into the hallowed halls of the Library of America, that is a sign of its growing respectability. (Psychological suspense did with my own two-volume set, Women Crime Writers, in 2015.) As a writer, Schechter has done more work and research on historical serial murderers than anyone else (and become, alas, ripe for pilfering by true crime podcasters.) Editing this volume demonstrates the breadth of his knowledge and his astute choices of other nonfiction crime writers and their pet cases. Someday, I hope, there will be a follow-up anthology. 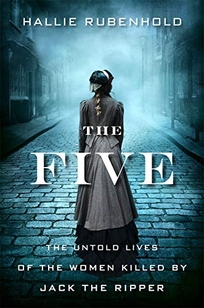 The more time passes, the more in awe I am of this book. Rubenhold flips the usual script and elevates the stories of the five women known to have been murdered by a man roaming the streets of East London's Whitechapel neighborhood in 1888. In doing so, she restores them—Polly, Annie, Elizabeth, Catherine, and Mary-Jane—as complex, flawed, human figures struggling to live in a world rife with poverty, homelessness, and cruelty towards women, while shattering a great many myths about who and what they were not. 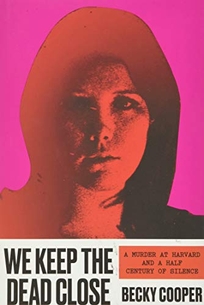 I thought of this book often in the wake of the recently-launched sexual misconduct lawsuit from three Harvard anthropology graduate students, an eerie reminder that this same department—and the school—have been rife with gross power imbalances, sexism, and criminal misdeeds for decades, if not longer. Cooper delves into the life of Jane Britton, abruptly cut short by her murder, at age 21, in 1969, and unsolved for decades. There is resolution, but what matters more is the unsettled aftermath, lingering suspicion, and permanent culpability. 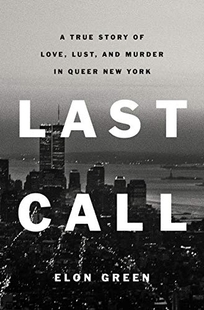 Green is a good friend (we also share literary agents) and it's worth disclosing these details because he read multiple drafts of Scoundrel just as I read multiple drafts of Last Call. Here's the thing: each time I read this book, I felt myself getting sucked in as if it was the first time. The way Green writes about New York’s late 1980s queer subcultures, and how he portrays the lives of the four men known to be victims of the Last Call Killer while giving little narrative weight to that person, is a revelation, and another model for true crime's next directions.