In Alison Espach’s powerful sophomore novel, Notes on Your Sudden Disappearance, a young woman addresses her older sister, who died when they were teens. Sally Holt, now 28, continues to find her life shaped by her older sister Kathy’s absence. Despite the sisters’ contrasting temperaments, they are each other’s closest confidantes as they grow up in 1990s small-town Connecticut. Of particular interest to them both is high school senior Billy Barnes. After Billy saves 13-year-old Sally from drowning, he begins dating Kathy, to Sally’s fascination and envy. A car accident involving all three teenagers permanently shifts the Holt family dynamic.

If you were anything like me growing up, you were convinced that your life was ruined because you didn’t have a sister. After reading Little Women for the first time, I was certain I would never be happy. How could I be, without a family of zany, quirky sisters?

Turns out, I was being a bit dramatic. And my brothers were pretty great. But the longing for a sister was real, which is probably why I wrote my second novel, Notes on Your Sudden Disappearance, about a young girl, Sally, who loves her older sister more than anything else in the world—and then loses her. Sally takes “notes” for her sister as she continues to grow up and become a woman, documenting the changes in her family, the weirdness of adult life, and the unexpected joys of falling in love.

But I didn’t only write about sisters to cope—I devoured books about them all throughout my life. Reading about sisters was another way to live out the fantasy (or horror, in the case of certain books). I have created a list of what I think are the best books about sisters that will help you live (or re-live) the fantasy and the horror, too. These books are all very different from each other, but the one thing they have in common is that the sisters are the hearts of each story. 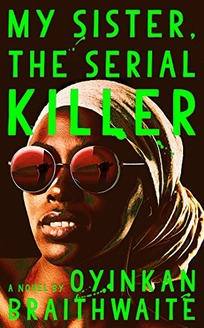 1. My Sister, the Serial Killer by Oyinkan Braithwaite

I read this book in a day. It’s a riveting, suspenseful, darkly comic story about a woman named Korede who loves her sister as much as she resents her—and how could you not resent a serial killer who always asks you to clean up her messes? Yet Braithwaite is such a skillful storyteller and the story is never that simple. You’ll spend most of the book wondering which sister is right and which sister is wrong, and that, I imagine, is the question sisters are always asking each other. 2. Sense and Sensibility by Jane Ausen

This is my favorite Austen novel. It’s about the three Dashwood sisters whose lives are uprooted when they have to leave their family home and set up life at Barton Cottage. What I love most about this novel is how Austen captures the actual friendship of these sisters. While there are squabbles and lingering tensions between them, it’s mostly just great fun to be with the Dashwoods as they share jokes, secrets, and witty commentary. 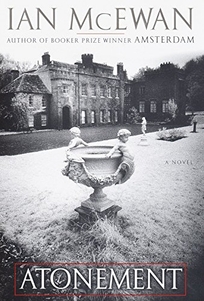 Two sisters with crushes on the same boy—say no more. Yet, I will, because the story is so much bigger than that. It’s a story about WWII and its profound effect on England. But even more so, it’s a story about the stories we tell ourselves, the great power that narrative has to condemn and to heal. What happens when a young girl tells a damning lie about the boy her sister loves? You’ll have to read and find out. A fun, magical story about two sisters who grow up to be very different women with conflicting views on magic. You don’t even have to like fantasy to enjoy this book. Just replace the word magic with anything else that can divide and bond two sisters, because the relationship Hoffman creates is utterly real. A fascinating examination of why sisters turn away and turn toward each other. 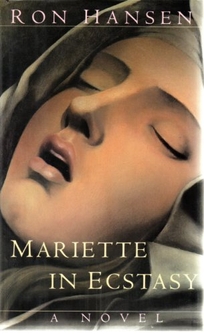 5. Mariette in Ecstasy by Ron Hansen

This book is a two-for-one—a story about familial and chosen sisterhood. The young Mariette joins a cloistered order of nuns in upstate New York in 1906 that is governed by her actual, biological sister. When Mariette begins to have mystical visions and maybe (or maybe not) receives the stigmata, she becomes famous as a living saint in her town and an object of fascination, affection, and jealousy among her sisters in the convent—and then an investigation into the mystery of her experience unfolds. A lyrical novel ranging from the passions of faith to the petty concerns of everyday life, Mariette in Ecstasy explores how these women relate to one another as sisters (in both senses) and what happens when one of them is chosen to become a "star." 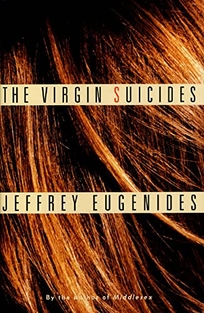 6. The Virgin Suicides by Jeffrey Eugenides

This is a story about looking at sisters more than it is about being sisters. Perhaps that’s why I connected to it so much—the boys in this Grosse Pointe, Mich., neighborhood are the narrators of this novel, and they are endlessly fascinated with the Lisbon sisters. Their brief but intense encounters with the sisters give rise to the questions that haunt them for the rest of their lives: what was going on inside the Lisbon house that made each sister, one by one, take her life? A very dark story, yet the boys’ youthful perspective makes the narrative surprisingly fun.

7. Little Women by Louisa May Alcott

You probably don’t need me to tell you that this is one of the best books about sisters—yet I couldn’t leave it off the list since it is the book that started it all for me. Reading about the March sisters is like getting to join someone else’s wonderful family for a few weeks, which is why you will want to read this book again and again, usually when you’re not feeling so crazy about your own. 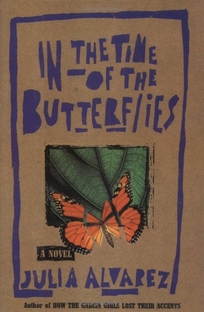 8. In the Time of the Butterflies by Julia Alvarez

Historical fiction about the four Mirabel sisters, who each tell their own story about why they ended up plotting against Rafael Trujillo’s dictatorship in the Dominican Republic, and how three of them were murdered. This novel is so huge and intimate at the same time—while telling the story of a country, Alvarez keeps us grounded in the particular realities of each girl, showing the reader what it’s like to be alive, to grow up, and to be this sister at this precise historical moment. 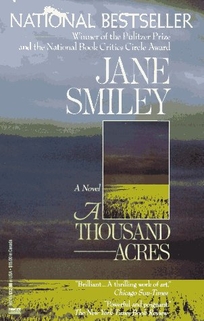 9. A Thousand Acres by Jane Smiley

A retelling of King Lear that explores the darker side of sisterhood. What happens when, at the end of a father’s life, he cuts one of his three daughters out of the will? A lot, it turns out—much between the Cook sisters gets revealed, heightened, and examined in the wake of the disinheritance. The hidden tensions and the secrets of the sisters are set against the absolute beauty of Smiley’s prose. 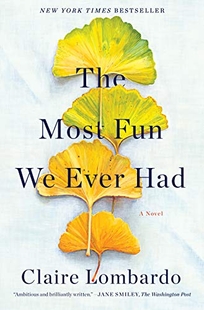 10. The Most Fun We Ever Had by Claire Lombardo

This is the last book I read about sisters that really blew me away. In this novel, you get to hear from all four of the Sorenson sisters and their parents about what it’s like to be in their big family. It is a huge cast and a challengingly wide scope for any writer to manage, but Lombardo is a master at creating individual portraits of each character. The fun is in watching the sisters grapple with their differences and marvel over their uncanny similarities. One of the best contemporary examinations of sisterhood.