Mecca Jamilah Sullivan’s stunning debut novel, Big Girl, is the story of a Black girl’s coming-of-age. While growing up in gentrifying Harlem during the 1980s and ’90s, Malaya Clondon is irrevocably impacted by other people’s perceptions and judgments of her weight. Throughout, Sullivan offers a nuanced portrayal of Malaya’s difficulties in navigating a world in which other people are unable to see her beyond her size, even after a terrible loss reorients her family. All of Sullivan’s characters—even the cruel ones—brim with humanity, and the author shines when conveying the details of Malaya’s comforts, such as Biggie Smalls lyrics, the colors she braids into her hair, and the sweet-smelling dulce de coco candies she eats with a classmate with whom she shares a close and sexually charged friendship.

The coming-of-age plot is a cornerstone of literary storytelling. It speaks to our most familiar senses of narrative, moving us from past, through present, to future as it reflects the core of human becoming. For many of us, coming-of-age novels are a first introduction to literature, and the reason why we love to read. These novels can set a tempo for the scope of our own living over decades, defining the infinite movements between childhood and adulthood, an arc that often deepens in meaning as we reflect and re-read these novels over the course of our own lives.

And yet, Black, feminist, and LGBTQ+ coming-of-age stories often transgress familiar divisions between past and present, blending timescapes of “then” and “now” and expanding past the novel form. Many of the most resonant intersectional coming-of-age stories blend the lines of genre, venturing into poetry, short fiction, drama, and memoir to get at the deep interiority and social complexity of young Black, queer, and feminist life. In these stories, protagonists don’t only come of age; they also come into deeper understandings of race, gender, class, sexuality, disability, embodiment, and more—discoveries that lead them not only toward their adult selves, but also toward fuller visions of freedom for whole communities. Here are 10 indispensable stories of Black, feminist, and LGBTQ+ coming of age. 1. The Bluest Eye by Toni Morrison

Toni Morrison's first novel captures the violent workings of colorism, racism, class exploitation, and gender and sexual violence through the eyes of three inquisitive black girls in 1940s Ohio. The novel’s narration shifts and fragments as the girls struggle to make sense of these inscrutable forces, digging deeply to understand the world around them and finding joy in the dream worlds they share. From these shifting points of view, the novel reveals the tragic incoherence of our most familiar American social logics—and the necessary power of Black girls’ imaginations. Annie John reveals the intricate, witty interior life of a young girl growing up Antigua in the 1950s. Kincaid’s irresistibly sharp first-person narration is quiet but biting as Annie critiques the legacies of colonialism and the gender expectations that dominate her home and her community, constraining her voice in the present and shaping the life that's been planned for her. Joy erupts through the social oppression as Annie creates a new vision of the world—one she can inhabit fully on her own terms. Brooks’s poetry is vibrant and urgent in this coming-of-age novel about a young girl growing up in 1950s Chicago, observing the workings of race and class in her community. In lyrical snapshots, the story’s third-person narrator brings us deep into not only the inner life of Brooks’s Black girl protagonist, but also into the moving interplay between her intellectual landscape and the moods and rhythms of the neighborhoods around her. Maud Martha reminds us that there is no character without context, and that poetry can bring both alive, even in novel-length prose. 4. Zami: A New Spelling of My Name by Audre Lorde

Bringing together poems, song lyrics, lists, journal entries, and other writings, Lorde invents the genre of “Biomythography” to tell her story of coming of age as a “fat, black, half-blind and ambidextrous” lesbian child of Grenadian immigrants as she grows up in New York City from the 1930s through the 1950s. Zami is a crucial story of Black, queer, and feminist becoming, and an example of what’s possible for writers whose identities and literary visions refuse to fit familiar definitions. 5. Paul Takes the Form of a Mortal Girl by Andrea Lawlor

Lawlor's novel is a magical, sometimes surreal queer coming-of-age story set in the 1990s. Part fable, part picaresque journey narrative, the novel traces its protagonist’s movement through relationships, genders, and communities across the U.S. Just as Lawlor’s multi-gendered protagonist spans genders and bodies at will, the novel’s prose takes on several layers and timeframes in queer defiance of narrative expectation. Come for gorgeously complex rendering of gender; stay for the delightful portrait of ’90s queer culture. 6. for colored girls who have considered suicide/ when the rainbow is enuf by Ntozake Shange

Poet, novelist, dancer, and playwright Shange is a master of the coming-of-age story. In her best-known work, she melds all of these forms into what she calls a “choreopoem”—an embodied poetic stage work that explores the passage between Black girlhood and Black womanhood through both body and voice. In Shange’s hands, coming of age is a collective process, as her seven “colored girls” merge their stories and voices to reveal the sensual, sacred, violent and healing aspects of Black women’s lives. 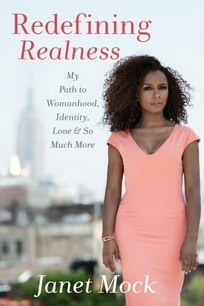 7. Redefining Realness: My Path to Womanhood, Identity, Love & So Much More by Janet Mock

Deeply literary in its storytelling strategies, Mock’s debut memoir beautifully expands the canon of Black feminist coming-of-age literature. With a novelistic attention to character and structure, Mock tells the story of her childhood in Hawaii, her transition, and the start of her writing life, all deeply engaged with the greats of Black women’s fiction. Throughout the story, we see and feel how fictional figures like Toni Morrison’s Sula and Zora Neale Hurston’s Janie offer Mock kinship and guidance on the path toward defining womanhood for herself. 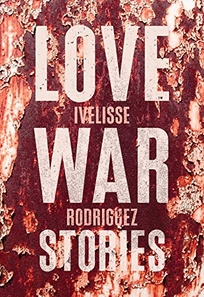 In nine short stories, Rodriguez tracks the coming-of-age experiences of several generations of Puerto Rican girls with exquisite humor and heart. Through her narrators’ eyes, we see the power of friendship, the quiet danger of blindly accepting inherited standards of womanhood, and the beauty of finding your way to adulthood with a crew of irreverent homegirls as your companions and guides.

Laymon’s acclaimed memoir tells the truth about growing up in a fat Black body in 20th-century America. In sharp and often devastating prose, Laymon reveals the links between racism, classism, and patriarchal violence that constrain our bodies and the language we use to understand them. Heavy gives us the kind of frank, vulnerable narrator we fall in love with in coming-of-age fiction, bringing a novelistic sense of character and connection to a story of becoming that’s urgently true. Blending fiction and myth, spiritual healing and queer desire, Ana-Maurine Lara tells the stories of multiple generations of women as they grow up, fall in love, and navigate the sometimes-brutal demands of multiple forms of labor in Puerto Rico and the Dominican Republic. Shifting between three points of view, the thread that links these stories of becoming is the keen awareness that the past is ever-present, and that the mythology of our ancestors holds truths we need today.