Ethan Chatagnier’s soaring debut novel, Singer Distance, centers on a group of MIT grad students who attempt to contact extraterrestrial beings in the early 1960s. Crystal’s father, an academic statistician, told her stories when she was a little girl about Mars and the mathematical messages rumored in the early 1920s to have been carved into its surface in response to contact attempts. After scrutiny, she thinks she has solved the mystery of the latest Martian mathematical message and attempts to respond by planting flags in the Arizona desert. When lovestruck Rick realizes Crystal has gone missing, he searches for clues to her whereabouts. Chatagnier does an excellent job channeling the students’ grit, joy, and constant self-awareness, and the elements of astronomy, numerology, love, and the possibility of extraterrestrial life are structured perfectly.

Few things evoke as much wonder, curiosity, and sometimes terror as the idea of encountering alien life. Imagining extraterrestrial life allows us to hold up a mirror to our own way of inhabiting the universe, and at the same time to consider forms of life almost beyond imagining. There’s a quintessential longing that comes with looking up at the stars and wondering who else might be out there. From little green men to forms of consciousness beyond bodies, science fiction writers have met that longing with their imaginations, giving us tales of first contact that look inward at ourselves, out into space, and on to bizarre and wonderful illustrations of civilizations beyond ours. 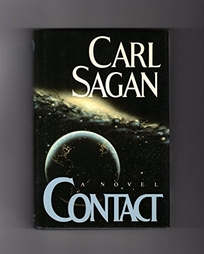 The quintessential first contact novel is the one written by the heart of the space age himself, Carl Sagan. No one was better than Sagan at capturing the poetry of the cosmos and inspiring the search for extraterrestrial intelligence. Contact, written as a novel when his and Ann Druyan’s screenplay got stuck in development hell, is his vision of what that might look like. He gives us radio signals from distant worlds, a device to travel through wormholes, and an extraterrestrial conversation that takes an unexpectedly familiar form. Just as importantly, he captures the complex characters whose spirit of inquiry drives humanity toward the pivotal meeting. 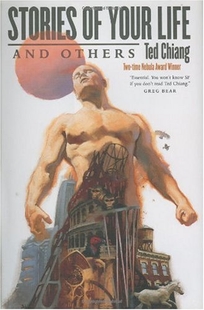 2. Stories of Your Life and Others by Ted Chiang

The title story of this collection, the basis for the movie Arrival, follows Louise Banks, a linguistics professor tasked with decoding the language of an alien species that has unexpectedly landed on Earth. Understanding who they are and why they’ve come relies on her ability to understand their language—but understanding their language will have a wild, surprising effect on her perception of reality. “Story of Your Life” is a deeply intelligent dive into linguistics that can also break your heart with its meditations on the nature of time, parenthood, and loss. 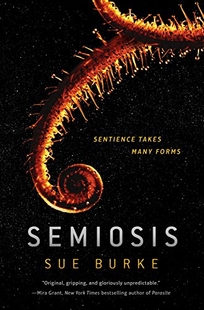 We often imagine alien life walking toward us on two legs. In Semiosis, we get a different form of intelligent life. Earth-fleeing colonists on planet Pax learn that some of the plants there are sentient. Some are intelligent enough to reward the colonists with fruit or surprise them with poison, depending on whether the plant considers them friend or foe. The relationship deepens when a new generation moves into a city occupied by a curious and powerful colony of rainbow bamboo. The colonists will have to learn to communicate with the bamboo to understand whether it wants to live in symbiotic mutualism or to domesticate them. 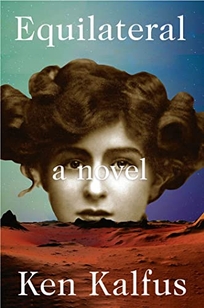 There are no aliens on Mars to communicate in Ken Kalfus’s 2013 novel, but his main character, astronomer Sanford Thayer, doesn’t know that. Thayer is overseeing the construction of a gargantuan equilateral triangle in the Egyptian desert in the late 1890s, intent on signaling the Martian civilization he, like many real-life astronomers of the time, believes is there. Thayer is looking up, but the book is gazing down upon human society, seeing the damage his myopic effort wreaks on the exploited workers making the triangle, the people around him, and Thayer himself. Equilateral is a brilliant examination of how the harms of imperialism can infect even well-meant scientific endeavors. A research station hovers over a planet-encompassing ocean that may be sentient, and a new arrival to the station finds it haunted by figures from his own past and those of the other researchers. Much of the best science fiction considers the idea of an alien consciousness too vast and strange to comprehend, and Solaris, published in 1961, is still the hallmark of these. Threatening and mysterious, this classic suggests alien contact might be much less clean and clear than the “we come in peace” or “take us to your leader” tropes of its day. 2001: A Space Odyssey is another classic that imagines a consciousness well beyond ours, but this one is less neutral. Extraterrestrials task themselves with nudging humanity along successive stages of its evolution by planting monoliths on Earth, the moon, and a moon of Saturn. The monolith on Earth teaches apes to make tools, igniting the march toward civilization. The other monoliths point toward a future stage of evolution, if the crew of the mission to Saturn can reach the final one. Any civilization that could traverse space well enough to reach us would have capabilities well beyond ours, and Clarke’s novel, written at the same time Stanley Kubrick was developing the film, is an exemplary look at what that might mean. 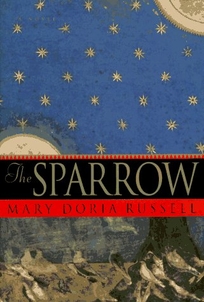 7. The Sparrow by Mary Doria Russell

Here, as in Contact, humans discover evidence of an alien civilization with radio astronomy. In The Sparrow, while the U.N. bickers about how and when to send a mission to the planet, a small group of Jesuits and their friends undertake the mission on their own initiative. Fr. Emilio Sandoz is the only one who returns, broken in body and in faith, too traumatized to speak of the journey. The plucky, loveable band of spacefarers in this book become the basis for an interrogation of hubris, miscalculation, and the limits of good intentions. 8. The Left Hand of Darkness by Ursula K. Le Guin

Many books about extraterrestrials focus on the challenges of understanding an alien language. The Left Hand of Darkness is noteworthy for its focus on understanding an alien culture. Genly Ai is a diplomatic envoy tasked with drawing the planet Gethen into an interplanetary confederation. He speaks the Gethenian language, but that alone is not enough. His difficulty understanding the subtleties of their cultural concepts and their fluid gender identities imperil his mission and even his life. Through Ai’s struggles, Le Guin also investigates what it can take for people to reach across cultural distances and find each other. 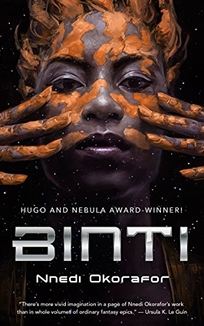 Binti starts in a familiar place for science fiction—an extraterrestrial attack—but where it goes from there sets it apart. The titular protagonist is on a starship to the prestigious Oomza Uni when an alien race, the Meduse, storm the ship and kill everyone but her. Besieged in her room, she finds that one of her belongings is a powerful artifact that lets her understand and speak with the Meduse. Rather than blast her way through the attackers, she finds herself learning about them and coming to understand their motives. We often imagine ourselves speaking with other life forms, but Binti is a testament to listening, sympathizing, and speaking up when the time comes. 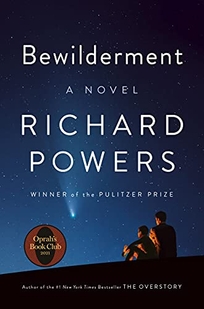 Like Equilateral, Richard Powers’s most recent novel lacks extraterrestrials, but I’m including it as a brilliant example of the search for extraterrestrial intelligence as it stands today. The book is about a father, Theo, struggling to manage his neurodivergent son’s relationship, and his own, to a world that is falling apart, its seams being torn by environmental collapse and political discord. To comfort themselves, they lean into Theo’s work analyzing the composition of distant planets and imagining what they might be like. It’s an all-to-real look at the troubles we face at home while we dream of life on distant planets.