In Ryan Wong’s daring and generous debut novel, Which Side Are You On, Columbia University student Reed informs his parents that he’s dropping out of college and dedicating himself to grassroots organizing—for the past few months, he’s been protesting the killing of an unarmed Black man by an Asian American police officer. He’s adamant to learn everything he can about his Korean mother’s involvement in a Black-Korean coalition in the 1980s, so that he may use it to impress his other activist friends and fuel their current work. But the stories recounted by his mother and the discussions they engender—all carefully laid out in electric, and occasionally heartrending, dialogue between mother and son—start to affect Reed’s clear-cut views, revealing to him the many difficulties of organizing across cultures, and hinting at the importance of empathy and humanity in the effort to fully understand one’s community.

You might not know that “Asian American” is a relatively new term, only about fifty years old. You likely don’t know the term was coined by student leftists to join a coalition of Chicano, Black, and American Indian movements on Bay Area campuses in 1968. You might not think of Asian American Pacific Islanders as political as all, and this is largely because that history has largely been ignored or erased in favor of the tame, assimilationist “model minority” narrative.

Today, as we face intense anti-Asian violence, ongoing U.S. militarism in Asia, rapidly shifting migration patterns, and a crisis of American racial identity, it might help us to examine the political nature of Asian America through some of its most compelling narratives. Here’s a selection of ten novels that expand upon, challenge, and imagine futures for this young identity. They’re stories of rebels and revolutionaries, organizers and outsiders taking histories into their own hands. 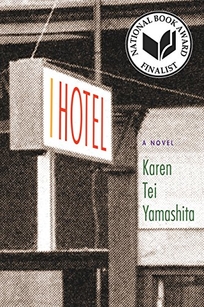 1. I Hotel by Karen Tei Yamashita

This sprawling, 700+ page epic pays tribute to the Asian American Movement that defined this new identity. It was written decades later, but has all of the humor, bite, hope, and surrealism you might expect from a novel of vignettes set in the Bay Area of the 1960s and ’70s—scenes of Black Panthers and young Asian American radicals in a hotel room in Chinatown, of an Alcatraz Island takeover, of free folk concerts in Golden Gate Park, and, of course, of the demonstrations to save that hotbed of organizing and elder care and arts making, the I Hotel. 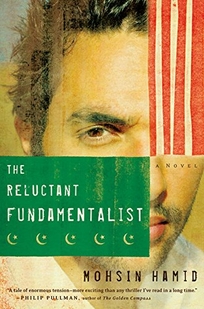 2. The Reluctant Fundamentalist by Mohsin Hamid

The narrator of this novel talks to you, but the “you” of it is an ambiguous American who is in Lahore, Pakistan, for unknown reasons—to befriend the narrator, to kill him, or both. Like the confessor in Camus’s The Fall, we get a frank and revealing series of tales, but instead of the existential angst of the judge we have the racial existentialism of the man trying to belong in a world that won’t have him. It’s a reminder that often fundamentalists scorn the very systems in which they once came close to belonging. 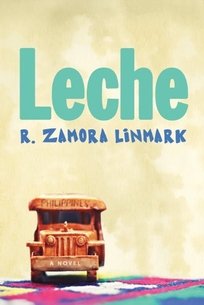 Can a novel about Japanese war atrocities in the Philippines be funny? An early scene has protagonist Vince watching a maudlin drama on the airplane back to the Philippines (which he left for the U.S. 13 years before) about a convent during the Japanese invasion. To speak about the unspeakable, you may need the absurdities that pop culture makes possible, the distance of humor. The Manila of Leche is a hazy hell, but also one full of pathos and heart, and it leads Vince exactly where he needs to go. What would the Asian diaspora in the Americas be without Naipaul’s Trinidad, which he left to attend Oxford only to revisit again and again in his writing? Guerrillas takes place on an unnamed island on the eve of revolution. Naipaul is one of the original problematic faves—his sexual politics are horrifying, his view of revolution condescending. Yet he’s one of the greats at showing the extreme bifurcations that colonialism and diaspora perform on the human mind, whether the white liberal’s paternalism or the would-be revolutionary’s deluded egoism. 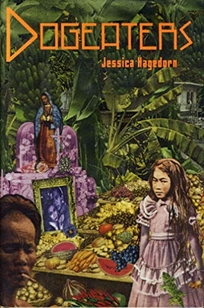 This isn’t an “Asian American” story in the usual sense, but America’s presence is like a long shadow, a bogeyman, an uninvited dinner guest in this kaleidoscopic story of 1950s Manila. In other words, American stories happen anywhere America’s military and political presence rule, and their tacit condoning of the rise of an unnamed dictator and his glamorous first lady form the story’s backdrop. Hagedorn’s sentences bite and her scenes steam with heat as you follow this network of characters asking what they’ll do with their new-found “independence.” 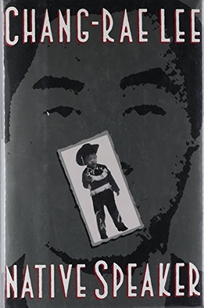 This novel is often remembered as a portrait of a son and his working immigrant father. But it’s also a novel of politics, where some of the most tender and dynamic moments are between the narrator, Henry Park, and the city councilman John Kwang, who he’s assigned to spy on. John is charismatic and idealistic, a foil to Henry’s mercenary pragmatism. One of the crucial plot points revolves around a Korean money circle, or ggeh, one of the main ways Korean businesses survive, but to the U.S. state looks like money laundering. The novel asks what it means to succeed in a country designed to destroy you, to be loyal to people sent to undo you. 7. America Is in the Heart by Carlos Bulosan

Somewhere between novel and autobiography, America Is in the Heart has all the sweep, heroism, and tragedy of the old epics. We follow the narrator, also named Carlos, from his youth in the Philippines to the fields of California to the canneries of Alaska, where, witnessing the brutality against Filipinos by police, bosses, and business owners, he becomes radicalized. He joins socialist and communist groups, organizes with unions, and publishes poetry and essays on his experiences, the culmination of which is this monumental book. 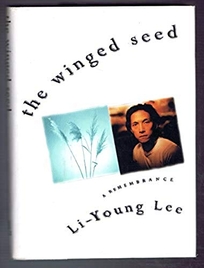 8. The Winged Seed by Li-Young Lee

Lee’s father was jailed under the regime of President Sukarno in Indonesia. That traumatic event shows up in Lee’s poetry and is a central feature of this poem-novel-memoir-myth of his family’s migration story. The book is called a “remembrance” and it reads like a dream, or, often, a nightmare, as the ravages of persecution and exile, of otherness and violence, manifest within and between Lee’s family members. History and displacement haunt this prose, every sentence drops like a stone, and the smallest moment sends you reeling to the past. 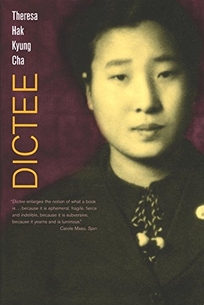 Dense yet sprawling, this experimental book traces Korean independence martyr Yu Gwansun through the stories of other mythic women martyrs in history. Cha was a visual artist, writer, and performer—a brilliant polymath who was murdered just as this book was published. Dictee shows what a book can be, that it’s capacious enough to contain photographs, verse, myth, and anything else the writer needs to assemble in order to speak about a fractured history. 10. The Hanging on Union Square by H. T. Hsiang

It’s not hard to see why Hsiang had trouble finding a publisher for this oddball novel that reads something like a screenplay or a novel-in-verse but without the respective plot or lyricism that usually accompanies those forms. But he had the foresight to self-publish it in 1935, and it’s a good thing he did, because he offers a portrait of the vibrant and rough life in Greenwich Village through the eyes of Mr. Nut, who becomes politicized by the grind of the down-and-outs. He seems compelled by some manic force, conveyed through the novel’s prose—a heady mix of bohemianism and radicalism pushing the lines forward.