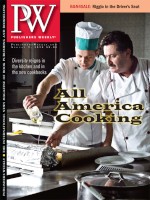 Self-publishing was once the uninvited guest at the publishing table. But as technology advances and authors develop marketing savvy, first-time and even some experienced authors are turning more often to what many in the industry are calling custom publishing. In religion publishing, this has particular appeal for religious leaders who already have an audience.

Technically, "self-published" applies to any book the author pays to have published. But the lines are beginning to blur as companies such as the WinePress Group, Credo House, Brown Books Publishing Group (and its new Christian division), Creation House, and WestBow Press produce quality books that flow through traditional distribution channels and are edited, designed, and printed by professionals. Add to that the newest print-on-demand publishers such as CreateSpace and Gut Chuck Press, e-books and their carriers, and companies that combine print-on-demand technology and online marketing savvy such as Pot-Boilers.

"We're turning the traditional publishing model on its head," says Tim Beals, owner and president of Credo House Publishing in Grand Rapids, Mich., which started in 2005. "Traditional publishers are stuck with one model, but we can do it all based on the author's abilities and our abilities."

Custom publishers put themselves somewhere between established self-publishing giants such as Xulon and PublishAmerica and traditional royalty-paying publishers. The WinePress Group started almost 20 years ago, one of the first in custom publishing. It publishes about 350 books a year, from four-color children's books to novelty books, memoir to theological titles;10% to 15% are novels.

"We've made it possible for people who have really good books to succeed," says Carla Williams, editorial director for the company. "WinePress has worked hard to bring up the quality of self-publishing. We customize what the author needs, including cover design, coaching, all levels of editing, marketing, and publicity."

While religion custom publishers are busy, stats are impossible to gather because there is no forum for reporting on self-publishing. Pete Nikolai, director of Thomas Nelson's WestBow Press, says to give it two–three years. "The whole marketplace doesn't know enough to speak clearly to all the options," says Nikolai, who has been with Thomas Nelson for 19 years. He took over the newly formed WestBow in October 2009.

Keith Ogorek, senior v-p of marketing for Author Solutions, agrees. "We're in the infancy of an industry, which is really exciting. In a couple of years there will be more statistics on it," he says. Author Solutions partners with traditional publishers such as Thomas Nelson and Hay House to help develop their self-publishing arms, lending their expertise and marketing savvy to the ventures. Its brands include AuthorHouse, iUniverse, Wordclay, and Xlibris.

Ogorek cites the convergence of three technologies for the proliferation of self-publishing options: desktop publishing, the Internet, and digital printing.

"Self-publishing offers everyone an equal opportunity to get their books out there. I call it the democratization of publishing. You don't have to have a lot of money to win, because readers don't search Amazon for who is self-published or not. The reader simply searches for the subject, then either buys the book or not."

Cost varies. Authors spend between $1,000 and $5,000, on average, to get a book published. Prices, however, are fluid, as authors can purchase additional editing or marketing packages, make late and costly changes, or purchase quantities of books up-front. Those who opt for e-book or print-on-demand-only can pay much less.

Christian self-publishers such as WestBow and CrossBooks, a division of LifeWay Christian Resources, are quick to point out what they consider the biggest advantage of self-publishing with them: their parent companies watch sales to grab the next big names and bring them into the traditional publishing fold.

"We continue to monitor sales and look for titles that are breaking out, and as editors are working on books, they are looking for those diamonds in the rough," says Nikolai. "Our hope and intention is to offer those authors a traditional contract with Thomas Nelson."

WestBow has released 75 books since January 2010 and has 300 signed contracts with authors. No books have yet been picked up by Thomas Nelson.

Brown Christian Press is the two-month-old division of Brown Books, a custom publisher based in Dallas and in business since 1994. Jerry Taylor, v-p for operations, calls the new venture "relationship publishing. We center around the author, helping the author deliver a message that is redemptive and has value for readers," he says. Brown Christian Press offers e-book conversions, but is not a print-on-demand publisher. The company has about 30 books in the pipeline and works through traditional distribution channels.

Creation House, a division of the Strang Book Group based in Florida, began as a traditional publisher and moved to self-publishing in 2000. Its model is like that of a royalty-paying publisher, but with the agreement that the author purchase books up front. The average purchase is 5,000 copies.

"The author buys enough to pay production costs, print additional copies for our warehouse, and to market the book along with other Strang products," says Allen Quain, manager of Creation House. "We give the books a really good chance to succeed. Some fail, but that's true of most books that are published."

Marketing Is a Struggle

Marketing is both the burden and the impetus of the self-publishing industry. Big-house marketing dollars and time are at a premium, with little or none of either going to authors who aren't A-list.

Kyle L. Olund started KLO Publishing Service after being laid off from Thomas Nelson in 2009. He's an agent and also works on a variety of book projects.

"If you go the route of self-publishing," Olund says, "you have to work your tail off to make it sell. But you have to have that mentality whether you're with a traditional house or not. With self-publishing, you're the risk taker."

Says Quain of Creation House, "More and more it's up to the author being the champion for his or her book, of making the book their passion. They have to be out there getting media opportunities that the publishing houses can't do."

The bottom line: "Once upon a time there was a stigma attached to self publishing, but now it's almost become acceptable," says Quain. "Self-publishing is really losing the stigma. You can be a self-published author and not be embarrassed."

A Tale of Two Self-Published Writers

When Sharon Garlough Brown attended Breathe: A Christian Writer's Workshop in 2009, she heard about publisher budget cuts, the time it takes to find an agent, the time from manuscript acceptance to publication. She also heard about WestBow Press. Within days of the conference, Brown had decided on WestBow and had a contract for her novel, Sensible Shoes, which she calls a "spiritual formation novel."

"I felt a sense of urgency about getting my novel in print, and thought that if publishing it can be quick and done by professionals, then let's do it," says Brown, co-pastor with her husband at Redeemer Covenant Church in Dutton, Mich. She purchased a publishing package for $2,799, receiving a 20% early-signing discount. WestBow assigned her a consultant to walk her through every step. The process moved quickly:

June 3: Signed off on all editing changes.

Brown did not purchase a marketing package, deciding instead to create her own Facebook page for Sensible Shoes and its own Web site (sensibleshoesclub.com). More proof corrections than allowed cost an additional $200, and she had no control over the book's pricing, which she believes is high: in cloth, it's $39.95 and $24.95 in paper. Yet she's delighted with the process.

"I have been thrilled with the experience. The level of professionalism and level of attention from them was extraordinary," Brown says. —A.B.

Evan Drake Howard of Pawtucket, R.I., used his self-publishing experience to improve his novel, eventually landing a contract with Guidepost Books. But first he self-published The Lost Epistles of Jesus in 2007 with Crown Oak Press, owned by Xulon Press, for a little less than $2,000.

He did a few book signings and was featured in the Providence Journal, yet sales were slow.

"I wasn't going to be a Christmas Box sort of thing, a book that strikes a nerve and there is a buying frenzy," says Howard, an American Baptist pastor. "But I was listening to my readers and decided I couldn't give up."

Howard started marketing. He walked into the Washington, D.C., offices of NPR and asked them to feature him and his book. They didn't. He landed a few radio interviews through cold calls. He took an online course on Internet book marketing in summer 2008, parlaying that knowledge into an e-mail campaign designed to interest a literary agent. It worked; Howard signed with Robert Gottlieb.

Gottlieb took The Lost Epistles of Jesus to the Frankfurt Book Fair in 2008, where a Brazilian publisher won translation rights. Yet big American publishers passed until Gottlieb took it to Guideposts, just beginning its crossover into the ABA market. The book was renamed and rewritten, with 15 added chapters. Guideposts released The Galilean Secret in May 2010.

"One of the advantages of self-publishing is that you get to test market your book and are able to listen to your readers," Howard says. "Between self-publishing and traditional publishing, you can rewrite and improve the book." —A.B

A version of this article appeared in the 08/09/2010 issue of Publishers Weekly under the headline: Self-publishing: Changing Model, Getting Respect
TOC
ADVERTISEMENT
More from pw