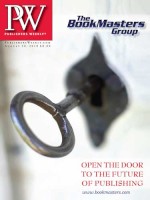 A Prayer of Thanks for a Guardian Angel

From an appreciative author

My eccentric love affair with copyeditors derives from a formative trauma I experienced when I was in grammar school in 1958. I was a Catholic school kid living on Long Island, and each day I would watch this cute and cool teenage girl strut home from her bus stop. I never learned her name, but her nickname was "Angel Face," a fitting title she had painted across the back of her brown leather jacket. My desire for this teen angel grew and grew until the day Mom pointed out that the girl of my dreams had misspelled her nickname. Instead of "Angel Face," she had marked "Angle (A-N-G-L-E) Face" on her jacket. I could never look at her the same way again.

As an author, I've always felt the need for guardian angels, and these days her name is Marie Salter, an ace copyeditor for Little, Brown, and the human safety net for my last two books: Writing Tools and, now, The Glamour of Grammar. All authors are vulnerable to their own careless mistakes, but none more so than those who presume to write about the English language. The more prescriptive the grammar, the more likely the author will dangle an infinitive or split a participle. The effect is the same as when the puritanical preacher gets arrested for solicitation.

Writers cannot be trusted to heal themselves, so is there a copyeditor in the house?

In her attention to the 300-page manuscript of The Glamour of Grammar, Marie played many roles: spell checker, style maven, syntax straighten-outer, fact checker, reader channeler, and pruner of dead words. In a delicate hand, she left hundreds of penciled questions in the margins, a form of response designed to assure me that her job was not to seize control of the text, but to help me reach its unrealized potential. Here's just one question, for page 42:

This didn't occur to me the last time through, but "name etymologies" suggests "the origins of a name." In the text you're describing how to use proper names to create new words (i.e., eponyms), not how names are derived. OK to change instances of "name etymologies" to "eponyms?"

Not only was it okay, but after learning from Marie about eponyms, I invented a name for a group of men throughout history who had lent their names to new words: "The Boys from Eponyma."

Marie identified about a dozen cases in which I violated my own advice, at times on the very page where that advice appears.

She saved me from my own ignorance, as when she corrected my misunderstanding of the difference between an ellipsis (three dots) and an ellipsis point or mark (one dot).

She challenged me on my theory that all abbreviations expressed in capital letters (FBI, IBM, LOL) could now be described as "acronyms" rather than the old-fashioned and little understood term "initialism."

To make the point in The Glamour of Grammar that words sometimes narrow or widen in meaning over time, I used the analogy of Starbucks, which calls its "small" iced vanilla latte "tall." Another example comes from the women's clothing store Chico's. Instead of using the traditional numbers for sizes, Chico adopted a four-size metric, so that the largest size a woman could wear was a 4. Or so I thought.

Here's what Marie wrote in the margin: "At Chico's website there's a chart and I'm not sure about the ‘four sizes'...." She re-created for me, by hand, the sizing chart, which revealed that Chico's had added half sizes, and that the largest size was not a 4, but a 3.

Such hawkeyed editing soars against the theory that all forms of editing are in decline, the victim of a weak economy and the staff cuts that have followed. I see more evidence in books, magazines, and newspapers that there are fewer and fewer eyeballs on a page before it sees the light of day.

Thankfully, I am the happy beneficiary of an enlightened publisher who supports my work with a team of accomplished editors—or as I like to think of them, guardian angels.

Little, Brown published Roy Peter Clark's The Glamour of Grammar: A Guide to the Magic and Mystery of Practical English this month.

A version of this article appeared in the 08/30/2010 issue of Publishers Weekly under the headline: A Prayer of Thanks for a Guardian Angel
TOC
ADVERTISEMENT
More from pw