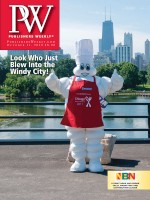 Despite a rather inauspicious start—right at the beginning of the Great Recession in late 2007—less than three years later PM Press, in Oakland, Calif., has published more than 110 items, including 80 books, and pamphlets, CDs, DVDs, digital downloads, and other merchandise. The indie press also paid off the $50,000 in credit card charges it racked up in startup and printing costs.

True, the warehouse is still in shipper Dan Federenko’s apartment, but founders Ramsey Kanaan, who founded AK Press (named for his mother, Ann Kanaan) 25 years ago, and Craig O’Hara, who worked with Kanaan at AK, are now getting paid. Most of the staff is volunteer. Not bad for a press that relies on setting up tables and booths at the West Virginia Book Festival in Charleston; the Green Festival in Washington, D.C.; and the Teachers for Social Justice Conference in San Francisco, as well as selling print and audio/visual PM memberships, and nontrade distribution by AK for more than half its income. Two-thirds of PM’s unit sales and 40% of its income come via Independent Publishers Group, which represents the press—which took its name from the fact that its founders worked on it at night as their second job—to the trade.

To grow its list, PM forged strong relationships with bookstores early on and created imprints for a few, including Busboys and Poets in the Greater Washington, D.C., area; the Green Arcade Bookstore in San Francisco; and Reach & Teach, which opened a retail outlet, the Dove & Olive Works, in San Mateo, Calif., at the end of September. The press also has copublishing arrangements with micropresses like vegan publisher Tofu Hound Press and Derek Jensen’s Flashpoint Press.

“Our strategy is to do enough books that sell between 1,000 and 3,000 copies,” says O’Hara, adding that the press does both print and e-books. “My opinion has long been, if there’s a format to make it available in, we’ll do it.” He also attributes PM’s fast start to a willingness to take the time to make consumers aware of each book. “We constantly do events,” he says. “I have to be out there tabling, from the Brooklyn Book Fair to social forums. There’s no substitute. You can see a direct result when you’re interacting with the world. All the e-mails in the world can’t elaborate the status of PM Press.” Last year alone PM did 400 events and is on track for several hundred again this year.

While PM has almost no returns on its direct to consumer sales, it has relatively few in the trade either, approximately 14%. In this economy, neither O’Hara nor Kanaan is inclined to overprint or have IPG oversell. It launched its biggest book this fall, Teun Voeten’s Tunnel People (Oct.), about homeless New Yorkers who live in the city’s tunnel system, with a 5,000-copy first printing. The photo-journalist author will tour both coasts and Europe, where photo exhibits will run in Amsterdam and London.

Given the economy, O’Hara prefers to keep print runs low and is just as happy that mega-retailers like Barnes & Noble don’t want to order PM’s books in large quantities. Independent booksellers who support PM’s strong left-leaning political and economic lists have been equally realistic when it comes to ordering.

As far as IPG trade sales manager Jeff Palicki is concerned, “PM’s books fit really well with some of the books we do with Chicago Review Press. It’s certainly been a lot of fun to sell their books. They seem to be perfect for the independent market.” IPG has done especially well with PM’s vegan titles like Tofu Hound founders Bob Torres and Jenna Torres’s Vegan Freak (Jan. 2010), as well as its opposite, ex-vegan Lierre Keith’s The Vegetarian Myth (2009), which questions whether a vegan diet can save the planet. The latter is PM’s bestseller, with more than 10,000 copies sold.

By splitting off from AK, which publishes only anarchist books and is run as a true collective, PM has a lot more flexibility with the quantity and range of what it publishes, says O’Hara. PM’s niche may be radical politics, radical music, and radical cookbooks, but the publisher has also developed a strong fiction list, which ranges from Jensen’s Songs of the Dead (2009) to works in translation like Paco Ignacio Taibo II’s Calling All Heroes (July). Currently, PM publishes 25 books a season, including e-book–only releases like a compilation of Al Burian’s zine, Burn Collector (Oct.). “We get a lot of submissions,” says O’Hara. “There’s no substitute for that. I encourage a lot of people to submit.”

However, with all the books PM has published, Federenko’s apartment is starting to run out of space. On PM’s agenda for 2011 is raising funds for a real warehouse.

A version of this article appeared in the 10/11/2010 issue of Publishers Weekly under the headline: PM Hits 100
TOC
ADVERTISEMENT
More from pw