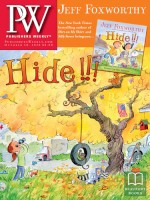 The State of the Word Is Good

If frontlist publishing is a hare dashing to bestsellerdom, then Bible publishing, in the words of one publishing executive, is the tortoise, steadily plugging away toward a better bottom line.

Every publisher would like to have a big Bible or, even better, two. Around 25 million units are sold annually, by conservative estimates. More than 91% of American households own Bibles, and those households own an average of three, according to the Somersault Group, which consults on digital publishing. Widespread distribution started with Gutenberg, and the Bible is today a Kindle bestseller.

The diversity and proliferation in Bible publishing that can challenge retailers and confuse consumers benefits publishers, who can roll out what seems like a limitless number of niche editions offering something for everyone. This year, Catholics and kids are target markets; a new translation is rolling out; a major study Bible releases; and digital publishing is big.

The publishers' consortium is promoting the Common English Bible on multiple fronts. Marketing manager Brandi Lewis says 10,000 people requested a free New Testament online over the summer; Web site traffic (which includes merchandising help for retailers) picked up as the launch neared. Major chains and marketing groups—including Munce, Parable, Mardel, and Berean—will feature it in catalogues and with in-store positioning; advertising is planned; church leadership conferences, trade shows, and pastor and seminary breakfasts are on the docket; and the Kindle store began carrying it October 1. Gift editions will be in stores in November, and an affordable outreach New Testament—an inexpensive edition suitable for bulk purchase—will be available for Lent/Easter 2011. "All of this will introduce people to the new translation and let them see how fresh, readable, and accurate it is," Lewis tells PW.

Launching a major study Bible is not quite as hard as doing a new translation, but it's up there in effort and capital expended. B&H Publishing spent $100,000 in market research preparing the HCSB Study Bible (Oct.). B&H is promoting digital variations of its flagship Holman Christian Standard Bible translation, which has sold six million copies since it premiered in 2004. Digital versions are available five ways: a digital study Bible; a digital reference Bible; digital text-only; HSCB Study Bible app for iPhone and iPad; and, for four months, a free HSCB translation app at YouVersion.com for smartphones. In addition, at the beta Web site mystudyBible.com, readers have access to the complete commentary notes as well as the text of the HCSB Study Bible. And oh, yes, there is a print edition.

Tim Jordan, marketing manager for Bible, reference, and church leadership books at B&H, says the publisher does not think the digital versions will cannibalize print because more or different features are available depending on the edition. "It's an indication of just where we are from a technology standpoint," he says. "More and more people are interacting with Scripture digitally."

Moving into the Catholic Market

"We've been very happy with Bible sales," says Mickey Maudlin, v-p and editorial director at HarperOne, which published several Bibles this year. "They're never the sexiest number, but they just keep going." Now HarperOne is going after the Catholic market (see p. 22), which is vast, with 67 million adherents, but difficult, because the distribution structure is less clearly delineated than the sales and distribution channels of the evangelical market. One strategy Harper has used is forging partnerships with Catholic publishers like Our Sunday Visitor, which are smaller in size but well networked through curriculum publishing. "We're very bullish about the Catholic market," Maudlin says.

Evangelical publishing giant Thomas Nelson is using a couple of different strategies to maintain and grow its Bible sales. In the current economic and publishing climate, sales have been steady and backlist sales stable, says Gary Davidson, senior v-p and Bible group pub­lisher at Thomas Nelson. One campaign being launched is "Look for the House" (a reference to Nelson's logo), designed to associate the brand with quality, history, and heart. Quality: Nelson now offers a lifetime guarantee on its Bibles. History: The 400th anniversary of the King James Bible is approaching, and Nelson is the largest publisher of that version. Heart is manifested in the company's God's Word in Action campaign, which encourages Christians to take action in the world. For its part, Nelson is partnering with the humanitarian organization World Vision and will use Bible profits to raise $100,000 to combat poverty.

Digitization is also a priority. Nelson is in the process of converting all of its titles to digital versions, and digital sales were up 600% over the past year. "Bibles are going to be in print for years to come," Davidson says. "But there's a whole new group of people downloading the Bible because of the ease of it."

And Nelson has created a new niche. The American Patriot's Bible: The Word of God and the Shaping of America (NKJV) (Thomas Nelson, Mar.) is edited by Richard G. Lee, founding pastor of the 5,000-member First Redeemer Church in Atlanta. Text notes and insert pages relate American history to the Bible. A camo edition comes covered in the U.S. military's official MultiCam fabric (infrared technology not included). Sales got a boost when Lee appeared at the August rally convened by Fox TV personality Glenn Beck on the Washington Mall.

The other evangelical behemoth, Zondervan, is poised for next year's debut of the revised New International Version, the world's bestselling Bible, for which it holds exclusive rights. Zondervan's recent sales haven't been too shabby; 150,000 people bought its Bibles last year, according to Chip Brown, senior v-p and publisher of Bibles. "We were up 6% over­all in Bibles," says Brown, adding that sales show an increase in dollars per unit, which he says means "realistic prices can hold." Digital sales also are significant for Zondervan, which is seeing that digital purchasers are not the same people as print buyers; digital has gotten sales bumps as the technology develops and gains acceptance. For a 45-day period after the 4G iPhone came out, Zondervan's flagship NIV Study Bible sold more digital than print copies, and its Bibles have been in the top 10 in various digital marketplaces. "An $8 app of the Bible outselling games—that's real encouragement," Brown says.

For more on the 400th anniversary of the KJV, see the October 27 issue of the Religion BookLine e-newsletter.

The Catholic Prayer Bible (NRSV): Lectio Divina Edition (Paulist, Sept.). Lectio divina is an ancient method of reading scripture prayerfully. The four-step method begins with slow reading of a short Bible passage; reflecting on the meaning; praying in light of the passage; and deciding what to do as a result. Paulist has already sold 5,000 copies.

Catholic Faith and Family Bible (NRSV) (HarperOne, Mar.). Section and book introductions and short text articles provide context and material for family discussion of scripture; produced in partnership with the Center for Ministry Development and Our Sunday Visitor Curriculum Division.

Live (Harper Catholic Bibles, Sept.) includes student art, poems, and photography; blank space for note taking; and a chance for self-expression and community online. The NRSV translation is published in partnership with the Our Sunday Visitor Curriculum Division.

Children of God Storybook Bible by Archbishop Desmond Tutu (Zondervan, Sept.). Nobel Peace Prize winner and Anglican archbishop emeritus Tutu of South Africa retells 50 of his favorite Bible stories, with 20 illustrators from around the world providing art. Publishers worldwide are copublishing the global work in 18 languages, 11 of them African.

A version of this article appeared in the 10/18/2010 issue of Publishers Weekly under the headline: The State of the Word Is Good
TOC
ADVERTISEMENT
More from pw