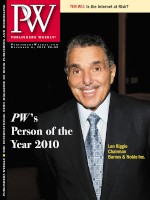 It's been a truth universally acknowledged that a young man in pursuit of his fortune travels West. So in 2008, when Anand Giridharadas, writer of the "Currents" column for the International Herald Tribune and the New York Times online, observed in the Times that not only were India's best and brightest increasingly likely to stay put, but the children of immigrants were being lured back to Chennai and Chandigarh—it caused a small splash (and an e-mail forwarding frenzy) among South Asians.

The article is now a book, India Calling (Times Books). It's both part of a crop of books analyzing India's economic boom—and utterly distinct. Giridharadas's interest in modernization is about how it alters "the stories people tell themselves about themselves."

Back in the U.S. after reporting for the Herald Tribune and the Times from Mumbai from 2005–2009, Giridharadas is pursuing a doctorate in political philosophy at Harvard, but still he's taking four months a year to travel and report on everything from eating turtle in Chengdu to Obama's recent visit to India. We met—auspiciously—on the Hindu festival of Diwali, which celebrates an end of exile and a return to homeland.

Giridharadas was one of those Indian-Americans called back. He was born and grew up comfortably bicultural in Cleveland. His family embraced Americanness while relishing their Indianness, their "hidden world of mysteries. But "the frontier of the future" led Giridharadas back into his past. He shelved his ambitions of being a writer and returned to India, working first as a management consultant at McKinsey, then at the Times.

He found the country of his childhood memory—the sleepy land of 1950s Fiats, rigid hierarchy, and low expectations—now buzzing with a spirit of "hopeful defiance" and the loosening of convention. Buoyed by microcredit loans, women are becoming breadwinners, he observed; and there's a heady freedom to define yourself outside of kin, rank, or caste. Aggressively economically liberalized in 1991, India has never been so Westernized but never has it aped the West less, according to Giridharadas, who immerses himself in the lives of his subjects: a young couple conducting their romantic relationship over text messages; a Punjabi woman bucking a joint family that can't contain her dreams; the scion of India's richest family running his global business with a personal, village ethos.

It's an audacious enterprise to give such a wide-ranging psychological audit of the world's second most populous nation, and to extract generalizations from his findings, to argue as Giridharadas does of one upper-class Punjabi family: "The Dubeys are every Indian family."

But Giridharadas is unfazed, insisting, "Everyone always talks about ‘India is a land of a thousand contradictions.' But I actually think India is a place of stunning continuity. Find me the Indian who doesn't think that marriage is about pragmatism rather than love—until very recently. There's still this almost Marxist vision of marriage. Find me the Indian community where your life chances are better as a woman than as a man."

What did prove challenging was his re-education as a writer. He studied everything about India he could find, and Naipaul's travel writing obsessively.

"It was really hard figuring how to stop being a reporter," he says. "All of your training as a reporter is to create psychic distance. But empathy—and writing—requires an annihilation of that distance."

The dissolution of that distance is especially crucial in a book where Giridharadas and his family are such central characters, linchpins of a culture in rapid transition.

In India Calling, he writes of childhood visits to his extended family in India: "I used to look at the cracking paint and white fluorescent tube lights and dank bathrooms and wonder how anyone could be happy in a home like theirs. And I suppose they might have looked back at me, with my burning and unfulfillable American cravings and wondered how anyone could be happy with a mind like mine."

Symmetry pursues Giridharadas. He returned to the country his parents left, and in doing so, he finally took up writing as a profession, finding it perhaps complementary to the cast of his mind, uniquely American and Indian, "unfulfillable" and pragmatic.

"I've always been trying to fit in the next thing I'm learning with everything else I know," he says. "I'm always trying to make it one piece. I love the idea of a vocation where everything is of use."

A version of this article appeared in the 12/06/2010 issue of Publishers Weekly under the headline: Go East, Young Man
TOC
ADVERTISEMENT
More from pw