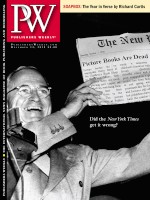 Elena Mauli Shapiro's 13 rue Therese finds inspiration in real life: a box of mementos left behind by a neighbor.

The novel's narrative is framed by the objects belonging to Louise Brunet, found in an archival box in Paris. What's the history behind these unusual items?

The actual Louise Brunet lived alone in our building in Paris, in an upstairs garret. No one came for her things when she died an elderly lady in 1984, and the landlord asked the other tenants to take what they wanted. My mother claimed the box, which I first looked through when I was very young, and it was filled with photos from WWI, love letters from the front, postcards, lace church gloves, and many other objects. I always had the feeling that I wanted to write a book out of that box.

I'm reminded of Anaïs Nin in your novel. Was she an inspiration?

I'd never read her until a few weeks ago, when someone recommended her to me. My first thought was, wow, I could really get along with this writer! She was writing in the '20s and '30s, so I might have captured something of that time. Interestingly, she and I were both born in France and were moved to the U.S. at a delicate age, 13 for me and 11 for her. There might be something about overlaying American culture on an early adolescent French brain that produces a particular sort of person.

I had fun with the sex scenes, even though they're so easy to mess up. If you're writing about extreme violence, you can accumulate a sort of gravitas that pulls you to the scene, but with sex it's a very delicate game of seduction you're playing with your reader. If you use one wrong word, it can totally take them out of it, like a word for a body part that's dissonant with the voice you created. Then it doesn't work. I didn't have to re-write these scenes much. They came out as though they were written in my head, and all the revisions happened before I put them on the page.

The book personalizes the horrors of the Great War. What kind of research did this require?

I didn't do any kind of traditional research, but looked at the stuff in Louise's box very intensely. Looking at the postcards and faces of the soldiers, I did a sort of meditation and imagined being in their bodies. I thought about what it must have been like to be on the battlefield. There are obvious factoids, such as my mention of the mounted machine gun on the fighter plane and the bullets shooting through the rotating propellers. I was channeling something, but I don't know what. The experience of interacting with the artifacts was an intense, sad, and beautiful thing.

A version of this article appeared in the 12/13/2010 issue of Publishers Weekly under the headline: A French Puzzle Box: PW Talks with Elena Mauli Shapiro
TOC
ADVERTISEMENT
More from pw