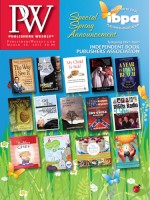 Talk to any agent today and a topic that usually bubbles to the surface is the difficulty of today's book market.

For years agents have been grumbling about the death of the midlist author—those writers who are not bestsellers but consistently move tens of thousands of copies. Midlist authors, who once made up the core of major publishing houses, are now forced to take lower advances or head to smaller presses. Insiders will tell you the publishing business is moving toward a model more like the movie business, in which large corporate players chase after major hits and publish fewer titles overall. As the big six take fewer chances on new writers and drop more midlist authors, and as it becomes easier to distribute titles with the rise in POD software and the growing popularity of digital books, some agents offer publishing programs and different types of representation.

After Steve Ross left HarperCollins, where he ran the Collins imprint, he launched a consulting business. Now at Abrams Artists Agency, Ross works both as a traditional agent and the head of Abrams Author Services, which provides consulting on the publishing process. He will do everything from finding the right outside help—publicists, book jacket designers, editors—to consulting on the best way to bring out a title. "With the evolution of technologies and the rapid proliferation of platforms, there are numerous decisions that the author faces along the route of self-publishing. Keeping current with each of these options, and their distinct advantages and disadvantages, is almost a full-time job," he says. "The writer's job is to create great content, not to be expert in, say, the relative distribution or marketing capabilities of certain presses. Writers and their work benefit from knowing what has proven effective and what is likely to be an unproductive squandering of their resources—resources including time, energy, and money."

At a panel at Digital Book World in January called "New Models for Agents," Jim Levine of the Levine Greenberg Agency, said he and his colleagues now consider themselves "multimedia producers" more than agents. Levine explained that he looks at manuscripts that potential clients bring in with an eye for how the content can live in various forms. Should this potential book be an app? An e-book? An enhanced e-book?

Scott Waxman, who runs the Waxman Literary Agency, was one of the first agents to try a nontraditional model, adding a publishing arm called Diversion Books. Waxman has compared Diversion to Amazon's publishing unit, AmazonEncore, calling it "between the big houses and the lonely road of self-publishing." At the DBW panel, which Waxman also sat on, he said in some ways his business approach has not changed, but that he looks for "an author who's willing to experiment and try something new."

As much as things have changed, however, many things remain the same. Ross notes that the biggest mistake self-published authors make is the same one authors published by the big six make: assuming their work ends at publication.

"Self-published authors in particular need to roll up their sleeves and realize that almost anything that happens for their book is going to happen as a result of their efforts," Ross says, "so they need to work studiously and assiduously on behalf of their work." Authors who lack motivation, belief, and ambition are not likely to succeed, says Ross, unless all they want is for their book to be one of the hundreds of thousands of new titles published each year.

A version of this article appeared in the 03/28/2011 issue of Publishers Weekly under the headline: PW Select: Agenting Gets Untraditional
TOC
ADVERTISEMENT
More from pw