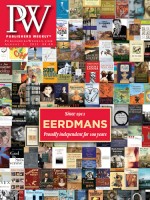 Fork in the Manga Road

Hall of Fame catcher and part-time shaman Yogi Berra once said that when you come to a fork in the road—take it. During the recent Comic-Con International, U.S.-based manga publisher Viz Media launched VizManga.com, a for-pay manga portal offering access to 40 top-quality titles, with more to come. At the same time, a coalition of 39 Japanese manga publishers announced an unprecedented launch, in August, for JManga.com, a promotional manga site aimed at offering mostly free but limited access to an unknown number of titles and other content.

When it comes to the contentious issues around digital piracy and convenient and legal access to popular manga titles, Japanese publishers seem to be taking Yogi's advice. Manga publishing may have reached its fork in the road.

Sales of manga in the U.S. topped out at about $210 million in 2007—at the time about two-thirds of all U.S. graphic novels—and are now about $115 million. Most U.S. manga publishers believe at least part of this decline is due to digital piracy, specifically the rise of scanlation sites, advertising-supported online venues that attract millions of visitors and offer free access to illegally scanned and translated Japanese titles. Many publishers believe young consumers have grown up reading the latest manga for free online rather than paying for it. In many cases publishers blame their Japanese licensors—notoriously reluctant to give up digital rights to U.S. licensees and yet slow to exploit digital rights on their own—allowing digital pirates to satisfy the digital demand. The only remedy, U.S. publishers say, is to offer fans timely digital access to secure and reasonably priced manga—and to do it now.

JManga.com, at least in part, is one answer, said Robert Newman, JManga's business manager. A presentation at the San Diego Comic-Con featured a lineup of five of the most prominent manga publishers in Japan: Kodansha, Shogakukan and Shueisha (co-owners of Viz), Futabasha, and Kadokawa. Newman said the JManga site is meant to "promote manga culture" and to provide "commentary and content that scanlation sites can't provide." The site will offer online access to artists, video content, merchandise, links to publisher sites and solicit reader feedback in hopes of luring fans from scanlation sites.

Newman also attributes the decline in manga sales to "too few new titles, limited manga information in English, difficulty finding relevant works, and a long licensing process," as well as too few bookstores in the U.S. He believes that JManga will provide some answers to these problems. But in a follow-up interview the next day with JManga director and COO Masaaki Shimizu and Newman, along with representatives from Kodansha, Futabasha, Kadokawa, and Shogakukan (with Shimizu translating English to Japanese; Newman Japanese to English), some critical questions remain unanswered.

JManga expects to launch with "a few hundred titles" in August and offer "a few thousand" in a year. The portal is based in Tokyo with a subsidiary in Los Angeles and expects to increase its staff over the next six months. So far there is no decision on a price for access or how much free content a visitor can read—one volume, more than one, or only a few pages. "How much access has not been decided," Newman said after much discussion among the group in Japanese. "This is a collaborative venture," he said, "and some publishers have different ideas about what to offer for free; some offer chapters, some a few pages." Newman said JManga wants to promote digital releases ("less risk") and is working to create an appropriate business model, including offering U.S. publishers digital rights. "We're working toward the future," he said.

The other fork in the manga road is VizManga.com, a venture that looks much closer to what fans and U.S. manga publishers believe can combat scanlation sites: timely online access to popular Japanese titles at a reasonable price. Of course, VizManga is owned by two Japanese houses and can more easily obtain digital rights to their content. The site offers a growing number of popular manga titles, priced either free or $2.99 to $5.99 per volume. In addition, Viz also offers its titles via an iPad and iPhone app. In the U.S. market, only Yen Press (Hachette's graphic novel imprint), Square Enix, and Digital Manga Publishing are offering some digital access to licensed manga.

Manga professionals contacted by PW appear skeptical that JManga.com can lure fans away from scanlation sites, and they suggest that the effort may be too little, too late. Those who have seen JManga.com in beta question whether it will have enough content that fans want, noting that the content they've seen is very small ("a few dozen" titles) or unpublished by "no-name artists." One told PW, "I can't imagine them being able to offer any quality material when they launch that would sustain readership. Manga readers online are very picky."

Newman acknowledged the challenges, noting that even the giant print anthologies published each week in Japan—big as phone books, manga anthologies have millions of readers—"are showing up on scanlation sites." He said that the JManga publishers have tried takedown notices and warnings, but "we want to show fans the power of an official site. The main objective is to promote manga and manga culture. It's ideal for the industry to get known for digital and spread the word to the fans."

Come August, we'll see if this fork in the road will take.

A version of this article appeared in the 08/01/2011 issue of Publishers Weekly under the headline: Fork in the Manga Road
TOC
ADVERTISEMENT
More from pw