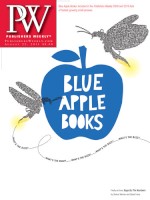 Dedicated e-readers as well as multifunctional devices continued to gain in popularity this spring as the favored way to read e-books, while computers continued to lose ground. That was one of the findings of the newest edition of the Book Industry Study Group's "Consumer Attitudes Toward E-Book Reading." As the use of computers for reading e-books declined and the use of dedicated devices rose between May 2010 and May 2011, the two formats stood neck-and-neck as the most popular way to read e-books this spring. Multifunctional devices, meanwhile, were used by more than 10% of e-book readers this May for the first time.

In some other findings, Amazon remained the dominant place to buy e-books, with more than 70% of e-book buyers using the store to buy titles in May 2011, up from 60% a year ago. Barnes & Noble.com stayed ahead of the iBookstore and iTunes in May with about 27% of e-book buyers going to B&N.com, while e-book buyers using the Apple stores stayed below 10% (and actually fell slightly from January). The only issue that e-book buyers said became more of a hindrance in buying e-books between May 2010 and May 2011 was the cost of titles, with prices rising from about 22% to 28% for e-book buyers. According to consumers, receiving free chapters or samples had the biggest impact on getting them to buy an e-book in May, while reading an online review fell to second place.

To order the complete study, whose full title is "Consumer Attitudes Toward E-Book Reading, Volume Two: Summary Report 3 of 4," go to bisg.org.

A version of this article appeared in the 08/22/2011 issue of Publishers Weekly under the headline: The Latest E-Book Buying Trends
TOC
ADVERTISEMENT
More from pw