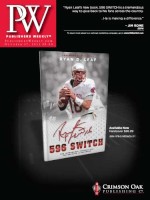 Online retailers continued to increase their market share of book purchases in the second quarter of 2011, according to the latest data from Bowker’s PubTrack Consumer service.

The increase in online retailers’ market share of book spending was given a significant boost by the higher share e-books grabbed of all units purchased in the quarter. Compared to the second quarter of 2010, e-books’ share of units rose from 3.2% to 13.7%. The growth rate slowed a bit between the first and second quarters of 2011; e-books had a 12.9% share in the first period and the more moderate gains between the quarters is another indication of the importance the purchase of new devices over the holidays played in the sale of e-books. That trend is all but certain to continue in the 2011–2012 holiday period.

Paperback’s share of units fell in the year-to-year comparisons, but actually rose slightly between the first and second quarters, from 49.5% to 51.0%. Hardcover’s share of units showed a similar trend, with its market share falling from 33.3% in last year’s second quarter to 28.6%, but holding even with this year’s first quarter.

A version of this article appeared in the 10/17/2011 issue of Publishers Weekly under the headline: E-tailers, E-books Move Ahead
TOC
ADVERTISEMENT
More from pw