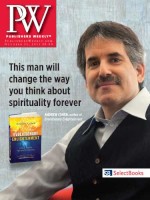 The God Particle of Literature

How mighty is this
single glyph

If we can see the world in a grain of sand, as William Blake suggests, then surely all of world literature is contained in the humble asterisk.

The asterisk is a particularly spunky and versatile glyph, with a variety of applications. Among them:

* indicating boldfaced or italicized text in applications where those features are not available (I’m looking at *you*, Twitter).

* providing a meaningless typographical flourish, as when Hollywood turned the novel MASH into M*A*S*H (an idea often attributed to H*Y*M*A*N K*A*P*L*A*N).

which conveys the familiar sentiment, “I am nonplussed because I have applied too much mascara.”

* serving as ersatz bullets in a list compiled by someone too technologically inept to make real bullets. This list, for instance.

But by far the most common use* of the asterisk is as a substitute for individual letters in words considered too offensive to print in their entirety. For example: F*ck

Notice that the asterisk in no way prevents you from identifying the word in question. A letter has been replaced with a symbol in order to partially obscure an offensive term, but you don’t have to be Robert Langdon to figure it out. The strategically deployed asterisk affords you the illusion that you didn’t actually read that filthy disgusting word. It softens the blow, allowing you to assimilate the dreadful expletive with no ill effects. Whereas without the asterisk, your eyeballs would have popped out of your head on springs.

The publishing industry has been employing the asterisk in this context for years thanks to its affinity for provocative book titles. Go the F*ck to Sleep is one recent example; others include Sh*t My Dad Says; The No Assh*le Rule; and Moby-D*ck.

Asterisks typically replace a single vowel in an offensive word, but that is not an ironclad rule—see the Broadway show The Motherf**ker with the Hat (if you can’t score tickets to The Book of Mormon). Indeed, asterisks can stand in for any number of vowels and consonants, as demonstrated in such popular expressions as:

By logical extension, it stands to reason that it can also represent any possible combination of those letters—i.e., words. And to take it one step further, it follows that the asterisk represents every conceivable arrangement of those words—from Shakespeare’s lyrical sonnets to Hemingway’s muscular prose to the magical realism of Snooki.

In short—all the volumes ever published are coded into the simple asterisk. It is a repository for every book ever written. It is the God Particle of literature.

As such, the asterisk offers several advantages. It holds an infinite number of books—more than any e-reader currently on the market, and certainly more than your nightstand. Another advantage over the typical e-reader is that there is no screen glare when you take your asterisk to the beach.

There are also profound implications to this theory that bump up against quantum physics; for if the asterisk is a microdot containing every book ever published, it must also contain every book yet to be written. That’s right: all future books, even those as yet unthought of, are stored within that simple symbol.

As proof, I offer the following

wherein you will find the fourth Stieg Larsson novel, three new Harry Potter volumes that J.K. Rowling doesn’t know about yet, and a book I intend to write as soon as I find some free time—once I’m not so preoccupied with the new season of Hoarders and Angry Birds.

One final note about this remarkable piece of punctuation: in Breakfast of Champions, Kurt Vonnegut Jr. used an oversized asterisk to represent an anatomical feature so indelicate it would require additional asterisks if I were to name it here. Unfortunately, I’ve run out of space. So f#@% it.

* Sometimes they’re used for footnotes, too.

Laurence Hughes works for a big publishing company. He blogs occasionally at Classics Rock!, Book Flack at Large, and the Huffington Post.

A version of this article appeared in the 10/31/2011 issue of Publishers Weekly under the headline: The God Particle of Literature
TOC
ADVERTISEMENT
More from pw