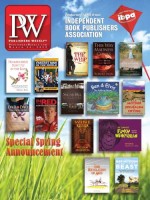 The adage “think global, act local” is an increasingly apt description for the international publishing strategies of Hollywood film studios, television producers, and digital brand owners when it comes to licensing their content.

“We have a global strategy that ensures we are all moving in the same direction,” says Elaine Piechowski, v-p, global publishing, at Warner Bros. Consumer Products. “But we recognize that each country has a need to prioritize the properties that appeal to their audiences. [We] leave enough latitude with each territory to adopt, tailor, and roll out content as it works best.”

Part of the appeal of licensing for publishers is its ability to transcend borders. “The content and formats can be very similar worldwide, because the brands are well-known,” says Venetia Davie, v-p, new business development, at Parragon Publishing, which holds global publishing rights for Disney, Sesame Street, and Marvel properties, among others. “One of the benefits of licensing is that, with a global entertainment or toy brand, you have the opportunity to become a global publishing program. You’re feeding the demand from the consumer to engage with that character.”

“We focus on our franchise properties, and we select those for the very reason that they work across territories,” says Kristy Cox, head of publishing at DreamWorks Animation, licensor of Shrek, Kung Fu Panda, and Puss in Boots. “But each local publisher has a unique approach and personality, not only with the formats but in the way they interpret our properties.

“Our strategies have evolved over the last couple of years,” she continues. “We’re more flexible and adaptable. A few core translations work in certain markets or even globally, but those are almost always supplemented by unique formats originated by our local publishers.”

Cox notes that Korean publishers often prefer “cuter, very fun, interesting formats” and are drawn to the artwork in DreamWorks’ preschool-style guides, even for older ages. Meanwhile, “in Italy, they like really busy, extremely decorated covers, which is not usually our approach, but we have to follow their lead since they know their market. It all means more work on the approval side, and for less money, since guarantees have gone down as well.”

“Probably about 90% of our formats do translate across the oceans,” says Eric Huang, publishing director, media and entertainment, Penguin Books U.K. But there are variations from territory to territory. “Licensed 6×9 readers are massive in the U.S., but we really don’t have any readers’ program,” he says. Conversely, annuals—Christmas gift books that come out in August—are important in the U.K., but not a factor stateside.

Paula Allen, senior v-p of Nickelodeon’s global publishing, says formats and content are similar around the world, although hardcover-to-paperback ratios, paper quality, or trim sizes may vary. (The U.S. 8×8 format doesn’t work in many regions.) Still, local publishers often enhance core formats with their own titles. French publisher Albin Michel did a specialized Dora book that Simon & Schuster, in turn, ended up translating for the U.S. market, Allen says. (Random House will take over Nickelodeon’s U.S. publishing in 2013.)

While Dora the Explorer and SpongeBob SquarePants are the keystones of Nickelodeon publishing in all territories, certain properties have broken through in specific locations. The WonderPets are popular in Korea, for example, and the Backyardigans in Spanish-speaking Latin America.

“We encourage publishers not to look at a specific format as restrictive and absolute, but to look at the potential of the content to address the format preferences in their country,” says Piechowski, who estimates about two-thirds of WBCP’s content is originated in the U.S. and translated for international markets. Its properties range from Scooby Doo, which is popular in the U.S. and U.K., to Tom and Jerry, a top performer in China and Japan.

In the U.S., several licensed properties have engendered original novel series, but this is a relatively new format in some other countries. Italian licensor and packager Atlantyca specializes in original fiction based on European properties including Code Lyoko and Dive Olly Dive, creating the book concepts and then selling to publishers in Italy and worldwide.

“We invent new story lines consistent with the universe of the original property, for the [existing] fan base and new fans,” says Atlantyca Entertainment CEO Claudia Mazzucco. “This is a new kind of licensed publishing for us. It’s a new opportunity to have the rights to create new stories that can enhance the original property.”

Digital apps and e-books based on licensed book titles are a growth area in certain territories as well. “Our most successful apps, and e-books, too, are tie-ins with licensed characters,” says Huang. “It’s because of the searchability.” Rather than browsing through picture books, as in a bookstore, consumers on the Web search for their favorite TV show and discover the apps or e-books along the way.

“The properties that do best as books right now are those developed locally,” Huang reports. “It didn’t used to be that way. It used to be mostly film and TV tie-ins from the big studios. But film tie-ins are really tough now.” Among Penguin U.K.’s most successful licenses are the British TV series Peppa Pig and the cult classic Dr. Who.

Penguin still seeks out properties to add to its current roster of global licenses, which includes Lego. It recently signed a worldwide, all-language license for the video game Skylanders: Spyro’s Adventure, for example. Penguin’s U.K., U.S., and Australian offices have regular conversations about properties that might have global potential. When such a license is identified, one office takes the lead and serves as a funnel point for licensor communication and approvals, with editorial and creative duties handled collaboratively.

Egmont, a leading licensed children’s publisher throughout Europe, also seeks properties for multiterritory deals. Its licenses with Mattel and Disney cover all markets where it operates. Still, Rob McMenemy, Egmont U.K.’s senior v-p and managing director, says about 40%–50% of Egmont’s roster typically is devoted to local properties, such as Pondus in Norway or Benjamin Blümchen in Germany/Austria/Switzerland.

In addition to local competition, studio licensors are facing growing competition from digital brands. “Licenses used to be based on film and TV properties, and to some extent toys, but now you’re seeing these properties arriving from the online virtual world,” McMenemy says. Egmont recently acquired Bin Weevils, a top European virtual world, and is in negotiations for Angry Birds.

“We’re looking at new places where kids might be, and that’s the gaming and Web sector,” Huang concurs. In addition to Skylanders, Penguin holds licenses for digital brands Moshi Monsters and Club Penguin, and is on the lookout for others. “You’re finding brands in completely new ways. [The property owner] might be a team of five that has never been in licensing before and doesn’t know what it is.” While trade shows such as Licensing Expo International continue to be important, he says, publishers also are seeking potential new licenses at events such as the Electronic Entertainment Expo.

“It’s a really exciting time to be in licensed publishing,” Penguin’s Huang believes. “You’re not just playing in the publishing space but in the children’s media space. I don’t see Random House or Simon & Schuster as our biggest competitor—I see Disney.”

Huang notes that consumers are not selecting a licensed book over another book, but rather from a range of media and merchandise options. “The question is, how do you get them to choose the Star Wars book instead of the light sabre?”

A version of this article appeared in the 03/26/2012 issue of Publishers Weekly under the headline: Licensing's New Balancing Act
TOC
ADVERTISEMENT
More from pw