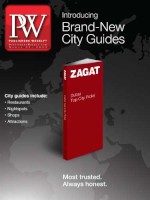 What Should Bookstores Stock in a Digital Age?

Indies experiment with a variety of looks

Nothing has challenged bricks-and-mortar bookstores to reconsider their physical space and what they carry more than the recession and the rise of e-books. Recently, two independents announced that they will reduce their space. Third Street Books in McMinnville, Ore., which expanded in 2006, is in the process of contracting and subletting a portion of its store, while Bunch of Grapes in Martha’s Vineyard, Mass., is moving across the street to a 3,300-sq.-ft. location. It currently has 5,000 sq. ft.

Rather than cut space, some booksellers are shifting the amount of shelving they devote to particular sections. At Blue Willow Bookshop in Houston, owner Valerie Koehler is mindful of how she utilizes the store’s 1,200 sq. ft., which is divided down the center into children’s on the left and adult titles on the right. Her father owned a grocery store, and she grew up with the axiom that quantity sells. “Everything here has to be merchandised visually,” says Koehler. She eliminated the audio books section, because it was hard to stock correctly. “Teen books are huge now,” she says, “so that section has grown.”

Other stores are continuing to change their mix of books and nontraditional items. “Nonbook items are selling at a much higher pace and larger volume than books now,” says Michael DeSanto, co-owner of five-year-old Phoenix Books in Essex, Vt. “People naturally gravitate to the right side when they enter a store. Our book display is in the center, but our nonbook items are featured on the right.” In addition to a strong selection of sidelines, the store also has a cafe that serves beer and wine, as well as a small art gallery.

“Indies need to be nimble and flexible, and they have to reflect the communities they’re in,” says DeSanto, who is opening a second store in Burlington on May 7. Because it’s in a more urban area, he’s considering stocking computer books, doubling the number of business books from 50 to 100 titles, and having a significant GLBT section. The store will also have a large stationery department and a games and toys area. In the next five years, DeSanto anticipates that he could cut back on his book inventory by 10% or more.

At Oblong Books & Music, with two stores in upstate New York, co-owner Suzanna Hermans says, “We adapt as well as we can.” In the Rhinebeck store, that means carrying a large selection of CDs. “We have a more serious music fan base,” explains Hermans. “It is a shrinking market, but it’s still paying the bills.” The Millerton store may not do as well with music, but it has long had a strong selection of children’s books and toys. Last summer Hermans did a major renovation of the store in Rhinebeck to give it a similar children’s section, which now makes up close to a third of the store. This summer she plans to give Millerton a face-lift with fresh paint and carpeting.

Google’s decision to stop supplying e-books to third parties early next year has not diminished many booksellers’ appetite for selling e-books. Some, like Chuck and Dee Robinson at Village Books in Bellingham, Wash., already have a dedicated technology area. Others, like Ed Berlin, who purchased the Ivy Bookshop in Baltimore, Md., at the beginning of the year, are looking to add one. He wants to have a computer kiosk to help customers locate books, RSVP to author events, and purchase e-books. Although Berlin is new to bookselling, he is clear on what his customers will pre­fer in the future. “They’ll want to find a great book [in the store], not just order one on Amazon,” he says.

John Evans, co-owner of Diesel, a Bookstore, which has stores in Malibu, Brentwood, and Oakland, Calif., also has strong faith in the value of e-books along with physical ones. “In the future,” he says, “bookstores will have books. The e-book is just a format. It doesn’t offer any enhancement of the reading experience. E-books sales will become a routine part of what we do.” While Evans doesn’t anticipate stores changing much in the near future, he believes that the way they sell books will. “Increasing coordination with local businesses, libraries, and publishers will become more important,” he says.

As to where indie bookselling and technology should go, bookstore consultant Donna Paz Kaufman of Paz & Associates recommends a holistic approach. “Enhancing the in-store experience with a wonderfully rich sense of place is what will keep people coming into the bookstore,” she says. “If we’re careful about the use of our prime real estate, but give a presence to technology, we can still achieve healthy sales and profits.”

A version of this article appeared in the 04/23/2012 issue of Publishers Weekly under the headline: What Should Bookstores Stock in a Digital Age?
TOC
ADVERTISEMENT
More from pw