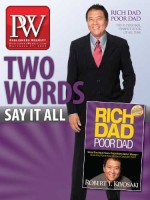 You Have Two, Maybe Three Years...

For all the recent attention on e-book lending in the U.S., the problem of libraries being denied access to e-books crosses borders

At a small, invitation-only meeting convened late last month in the Netherlands by the International Federation of Library Associations (IFLA), I joined some 25 key thinkers, primarily from Europe and the U.S., for an exhausting, engrossing three days of debate. But after many hours of discussion and examination—talks that inevitably spilled over into local pubs and restaurants—none of us was left feeling that libraries were firmly seizing control of their future.

Working from the Koninklijke Bibliotheek, the Dutch National Library in the Hague, the three-day meeting agenda drew on the most lucid review I have yet encountered on the play between libraries and publishers: an IFLA commissioned report entitled “Libraries, e-Lending and the Future of Public Access to Digital Content,” written by Dan Mount, of the U.K.’s Civic Agenda, and consultant Paul Sturges. The meeting was intended to help IFLA formulate recommendations on digital lending to its governing board, many of whom attended. The report—among other key resources and findings—is expected to be released publicly in the coming weeks, although it must be noted that none of this yet represents IFLA’s official position on e-books, but rather an independent analysis of the current marketplace for libraries.

As IFLA works to prepare and release its findings, however, attendees at the meeting came away with a sense that time may be running out for libraries. The general consensus among participants was that public libraries have two, maybe three years to establish their relevance in the digital realm, or risk fading from the central place they have long occupied in the world’s literary culture.

As the meeting began, we quickly settled into a core aspect of the debate: ownership of digital books. Is ownership necessary, even desirable, or can liberal licensing offer libraries advantages that ownership can’t? If licensing frameworks endorse content portability, interoperability, and permanent access then how necessary is ownership, except for a national library network, like the Library of Congress, where statutory preservation requirements exist? From another perspective, the question is what bundle of rights would public libraries require in order to perform their key services and fulfill their responsibilities? And can those rights be optimally obtained via license or through ownership?

Many in the group felt that a “dual track” could theoretically be pursued—a track that accepts liberal licenses under current copyright models, but also pursues significant copyright reforms that would “modernize” library lending with explicit exceptions and limitations. Such a track could prove difficult to achieve, however, as suggested by a looming struggle in the U.S. Congress over Sections 108 and 109 of the Copyright Act, which cover library uses and first sale rights.

As for how the global library e-book landscape stands now, the group heard a litany of sad stories about negotiations with publishers that have gone awry.

Canada represented the most successful alliance between libraries and publishers. Two years of negotiations with the Association of Canadian Publishers has resulted in a landmark draft proposal for licensing a bundle of e-books, with terms loosely based on the HarperCollins model, but good for 40 loans rather than 26, with each library paying out over five years. The initiative, launched with some government support, is ultimately intended to be self-funding, with an outsourced platform to be chosen through an RFP.

Most representatives, however, told of years of negotiations breaking down in futile stalemates. Relations between Swedish libraries and publishers, for example, soured to such a point that libraries are now engaging in a PR campaign that paints their country’s “next librarian” as a fat-cat, suit-clad publisher.

The Danish case was particularly illustrative. In 2011, while e-books were still an immature market in Denmark, Danish publishers and libraries struck a deal to expand access to e-books using a Bluefire Reader application. The libraries paid publishers about $3 per loan—and over 100,000 individuals took advantage of the trial with over 600,000 loans in the first year—an astounding level for a small country. The experiment was such a success that the largest publishers pulled out—for them, the surge of e-book acceptance and readership from the program generated fears of lost sales. Notably, the project continues with smaller publishers and lending activity remains high.

In Germany, large publishers and libraries were also unable to come to terms, with firms such as Bertelsmann also, predictably, asserting that loans substitute for sales. In a partial accommodation, publishers agreed to “rent” access to e-books but at very high prices. Meanwhile, German publisher manipulation of fixed book pricing laws put the industry in a twist—publishers say that e-books are substitutes for books, and therefore susceptible to fixed price laws. They reiterate, however, that e-books are entirely different from print when it comes to issues of licensing and lending.

One theme was constant: large publishers’ fear of lost sales resulting from library e-book lending. Yet smaller presses and independent distributors continue to demonstrate a willingness to negotiate and work with libraries. That led many around the table to suggest that libraries abandon or at least scale back the urgency surrounding negotiations with the big six. That suggestion, however, was deemed unrealistic by large-city library directors, such as attendee Pat Losinski of the Columbus, Ohio, library system.

On the publishing side, consultant Brian O’Leary, of Magellan Media Partners, offered a succinct analysis of the major publishers’ strategic market position, finding an industry strikingly ill-positioned to respond to new challenges. Large, international trade publishing, he noted, is an industry that lacks a competitive and innovative culture, is historically riddled with cozy relationships, and frustrated by many strong forces—including its own customers, the retailers. Generally speaking, publishing has focused its market response to e-books on a single source of acute pain—the largest retailers like Amazon and Apple—and its only response to market dynamics has been consolidation.

The library e-book distribution market, meanwhile, is currently concentrated in the hands of a single vendor, Overdrive, with little international competition from firms like 3M or Baker & Taylor. And innovation in lending platforms, the group agreed, has been minor, at best—with competing vendors only differentiating themselves on features, rather than working to transform the market.

The continued acceptance of Adobe’s ACS DRM system as the de facto protection measure for e-book lending, the group agreed, also has profound downsides, ranging from high user friction to fairly steep per-loan fees. The alternative, however, requires that libraries develop their own software—not generally a library strength.

What libraries want, what they need, the group noted, is their own open source discovery services akin to Bibliocommons married to an e-book file hosting and management platform that can replace Overdrive with a less intrusive, open-source, interoperable system that can relieve libraries from per-loan fees and excessive setup costs. How’s that for a tall order?

On the final day of the meeting, I, along with O’Leary, Mark Coker of Smashwords, and Tim Coates of Bilbary gathered in conclave with IFLA staff and governing board members. The first half of the morning saw us paint an alluring—but achievable—vision of improved integration between library and publisher supply chains. Among our topics, Coates protested the continued collision between ONIX and MARC systems; O’Leary discussed the near-complete absence of adequate metadata handling in the distribution system; Coker, based on his experience setting up direct purchase options for libraries with Smashwords, opined that publishers should support the exposure of their entire catalogues, providing for simple integration into library acquisition and discovery systems.

O’Leary also delivered a well-reasoned argument that libraries don’t detract from sales, but actually fill a market need where the price is zero. Filling that role makes libraries “the first, best defense against piracy.” In the absence of good libraries, he argued, a serious market failure would arise—a failure that would trigger a truly undesirable consumer response.

After the first two days spent discussing the global state of library e-books, frustrations were so high that more radical solutions were raised. For example, in many European countries, state funds flow to publishers to support literature. Perhaps libraries should advocate for legislatures to require that these funds cycle back to the public by expressly permitting libraries to acquire and lend e-books, through a formal exception if necessary. The U.K.’s Hargreaves Report on Copyright in a Digital Age has already broached this subject, recommending legislative changes to prevent content and licensing agreements from contravening existing exceptions and limitations already available in copyright.

While there was a lively debate, all of us at the IFLA meeting agreed that libraries are the best footholds that publishers and authors have for connecting with readers. With more than 230,000 public library buildings across the world, libraries possess unparalleled opportunities. Although there is unease as we enter a world of digital content abundance, where collecting may seem paternalistic and unnecessary, and tools for reader feedback and interaction are ubiquitous, we all welcomed a vision of libraries using technology to bring people and their communities together around books.

In the concluding session, we were asked to provide summations and suggestions for IFLA as it begins considering recommendations to its board. With mobile phones and tablets everywhere and more coming every day, what does this digital shift portend? Here our tone turned unsparing.

The most serious threat facing libraries does not come from publishers, we argued, but from e-book and digital media retailers like Amazon, Apple, and Google. While some IFLA staff protested that libraries are not in the business of competing with such companies, the library representatives stressed that they are. If public libraries can’t be better than Google or Amazon at something, then libraries will lose their relevance.

It’s good that the library e-book issue has heated up over the past year, and not just in the U.S. but globally. But libraries have dithered for far too long—it is now time for action. No matter how glorious the vision of local 3D printing, community gaming, or how critical the literacy training and job assistance libraries offer, reading lies at the heart of the library mission—and as the world goes digital, we cannot let the library become a pile of dusty books. We must make the library the most cool and awesome space it has ever been. But absent immediate innovation, libraries are going to be increasingly unable to meet the expectations of their patrons, and if such a breakthrough cannot come in the next two or three years, libraries risk losing their central place in the world of literature. That would be a great loss.

A version of this article appeared in the 12/17/2012 issue of Publishers Weekly under the headline: You Have Two, Maybe Three Years...
TOC
ADVERTISEMENT
More from pw