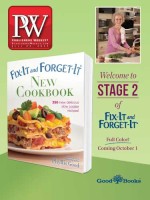 The congressman for Georgia’s fifth district, civil rights pioneer, and original Freedom Rider will debut his graphic memoir, March: Book One, this August, two weeks before the 50th anniversary of the March on Washington. It’s the first book in a trilogy of autobiographical comics set against the backdrop of the civil rights movement. Written with coauthor Andrew Aydin and illustrator Nate Powell, March: Book One tells the story of Lewis’s childhood in rural Alabama; the first time he met his mentor, Martin Luther King Jr.; and his leadership in the 1960s sit-ins against racial discrimination.

Why the comic book format? During the civil rights era, the 1957 comic Martin Luther King and the Montgomery Story illustrated the historic bus boycott sparked by Rosa Parks in Alabama. That comic, distributed by the Fellowship of Reconciliation, taught young people not just about the event itself but also about nonviolence as a tool for social change.

Lewis says of reading the comic back when he was a teenager, “It was part of learning the way of peace, the way of love, of nonviolence. Reading the Martin Luther King story, that little comic book, set me on the path that I’m on today.” But Martin Luther King and the Montgomery Story was only the beginning of the story; much of the struggle was yet to happen: the student sit-ins, the March on Washington, Bloody Sunday, and the Selma to Montgomery marches. Lewis was a key figure in all of these events.

When the congressman told his staffer Aydin in 2008 about the groundbreaking 1957 comic book, Aydin asked, “Why don’t you write a comic book?” Lewis said, “Yes, I’ll do it—but only if you write it with me.”

Aydin, Lewis’s then–press secretary for his reelection campaign (and a comic book fan), was up to the task. Says Aydin, “I grew up without a father. I was raised by a single mother, and the sort of comfort and support that the congressman has given me over the last six years—it was something that I wanted to find a way to put into this book.”

So they kicked off the narrative in the present day, with two fictional young African-American boys visiting the congressman in his office in order to hear his story firsthand. This mirrors Lewis’s mentorship efforts in real life. He speaks with kids from the U.S. and around the world as often as possible about the civil rights movement. “They come and sit on the floor in my office. The photographs—kids can’t believe it, seeing me standing there with Dr. King, President Kennedy.”

At which point the book borrows from superhero comic structure. We see Lewis growing up in rural Alabama, where he worked on his family’s farm and cared for a flock of chickens. Lewis says, “I wanted young people to know that I was just a typical child.”

When he turned 18 and was attending the American Baptist Theological Seminary, he was still a wide-eyed country boy who had just spent his first semester in college. He thought that he might want to transfer to Troy State in his hometown. But back then the school didn’t allow black students.

At this point, he wrote to Dr. King to seek advice. Surprisingly, Dr. King arranged to meet with him in the office of a small church in Montgomery, Ala.: “I saw Martin Luther King Jr. standing there with another minister by the name of Rev. Ralph Abernathy. Dr. King said, ‘Are you the boy from Troy? Are you John Lewis?’ I was so scared, I didn’t know what to say or what to do. And I said, ‘Dr. King, I am John Robert Lewis’—I gave my whole name.”

“He became my hero. If it hadn’t been for him, I don’t know what would have happened to me. I would still be there in rural Alabama, preaching to the little chickens.”

While Lewis didn’t choose to fight for a spot at Troy University, he did choose to follow in Dr. King’s footsteps. Lewis attended workshops on nonviolent direct action and teamed up with other budding activists including Diane Nash.

In 1959, Lewis, Nash, and two other black students decided that they wanted to take action against segregation in Nashville’s stores. Lewis says in the book, “We could shop there and pay the same prices as white customers, but we couldn’t use the dressing rooms or sit at the lunch counter to eat. It was humiliating.” They decided to do a few test sit-ins—to request to be served at the lunch counter to see what might happen.

John Lewis says of the protest he helped lead against racial discrimination in Nashville in 1960, “[About 80] of us were arrested for sitting in at a lunch counter at a Woolworth’s store. We were denied service. And that arrest made me more committed, more determined to bring down those signs that said ‘White Waiting,’ ‘Colored Waiting.’ ”

Word spread quickly, and the idea caught on in other towns including Greensboro, N.C. Aydin says, “The Greensboro sit-ins—that was a flash point. And it was only seven days later that the Nashville students started sitting in [in larger numbers], and it swept across the South.” Lewis writes in the book, “Our numbers swelled to over 200 students for our next sit-in on Thursday, February 18.”

As young Lewis’s group of activists grew larger and larger, they realized that they needed a primer on nonviolence for those who hadn’t attended any of the workshops. Lewis says, “I liberated—I didn’t steal it—I liberated some typing paper and made it available for someone to type the dos and don’ts [of the sit-in],” which he himself wrote. One of the guidelines said, “Do not strike back or curse if abused.”

But at the sit-ins at Woolworth’s, Kress’s, and McClellan’s, violence erupted. Powell’s illustrations skillfully bring fury and chaos to the page—the swift punches from local boys, the humiliation on the faces of the student activists and their allies, and a backdrop of unblinking police officers.

Lewis says, “When we were sitting on the lunch counter stools, when someone would come in and spit on us or put a lighted cigarette down our backs or pour hot water or hot coffee or hot chocolate on us, it was part of the discipline, part of the training, that you didn’t strike back, you didn’t hit back, that you try to make eye contact with the person abusing you.”

So when Lewis and his group were arrested at Woolworth’s, he says in the book, “I felt free, liberated—like I had crossed over.” And the document he had written for his fellow activists? “The day we got arrested,” Lewis says, “every single person who went to jail on that Saturday, February 27, 1960, had a copy of the dos and don’ts.”

Amid this tale of a pivotal event in the civil rights movement is the message of nonviolence and the need for moral courage. Says Lewis, “There is a need for young people to understand the power of the philosophy of nonviolence. If they follow the way of love, the way of peace, they too can bring about what we call a nonviolent revolution.”

Aydin says that, as the trilogy progresses, March will illustrate multiple examples of nonviolent protest from the civil rights movement. “We’re just giving people more tools in their toolbox to pursue their own form of protest and social change.”

Moreover, while Lewis and Aydin’s book focuses on the struggles of African-Americans in the late ’50s and early ’60s, it’s by no means for African-American youth alone. For one, it’s also aimed at parents, teachers, and community leaders who seek a compelling way to engage young people in their history and in the struggle for social justice.

But also, March speaks to the present-day civil rights movement in a broader conversation that includes the larger group of people of color as well as LGBTQ folks. “Many young people, many children, are being abused, being put down, being bullied because of their sexual orientation,” Lewis says. “I’m hopeful that this book will inspire them to be able to stand against the tide, stand against the wind, and speak up and speak out, and not feel alone.”

Says Aydin of Lewis, “There’s a peace that he gives to people, even for a moment.” In fact, Lewis says of his recent trip to New York for BEA, “People walked up to me and said things like, ‘I’ve been following you all my life.’ ‘I’ve been following you since I was born.’ ‘My father, my grandfather told me about you.’ ‘We studied you in my history class.’ ”

Aydin says, “It seems like people are thirsty for a decent person, someone who’s just good, someone who pursues a life of simple justice.”

The hope is that young men and women—as well as their parents, teachers, and leaders—will draw inspiration from Congressman Lewis’s story just as the teenager from Troy once did from the comic about Martin Luther King Jr.

“Following the teaching of Gandhi and Thoreau, Dr. King, it set me on a path,” says Lewis. “And I never looked back.”

Grace Bello is a freelancer who writes about comics for PW.

A version of this article appeared in the 07/22/2013 issue of Publishers Weekly under the headline: A Comic Book for Social Justice: John Lewis
TOC
ADVERTISEMENT
More from pw