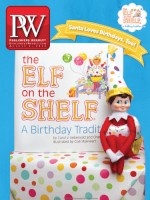 In Graeme Simsion’s laugh-out-loud debut novel, The Rosie Project, a socially tone-deaf professor seeks his perfect match. For all of Don Tillman’s rigidity, his story is surprisingly universal, begging the question: how do we maintain our uniqueness while also adapting to the wants and needs of those we love?

How did you write Tillman and make him real and funny, but not a caricature?

I based Tillman on real people I met, with a healthy dash of myself. I could inhabit Tillman quite easily by adopting the mindset I would use in my information technology work: logical, unemotional, problem-focused.

One of the reasons Tillman is funny is that he’s effectively doing observational humor—looking at the way we behave, but with fresh eyes. But he cares just as much about the things that matter to him as anyone else would, and there’s plenty of room for us to see the similarities between him and ourselves, as well as the differences.

What inspired you to write this book?

The original story was a drama, loosely based on a close friend who had struggled to find a partner right into his 40s, then met a woman who became severely disabled. His focus, intelligence, and decency have made him an amazing husband to her over more than 20 years.

The Rosie Project was originally conceived of as a screenplay. What happened?

I set out to write a screenplay, but since my early 20s had dreamed of writing a novel. After five years I had a story, plot, characters, even dialogue. The only element missing was Don’s inner thoughts. They were not on the screenplay page, but they were very clear in my mind. So I was able to write the novel very quickly—the first draft took me only four weeks—and found that in many ways it was a better vehicle for telling the story: in particular, the comedy that comes from Tillman’s reflections.

What conflict did you look to create in Tillman’s relationship with Rosie?

More than most, Tillman is “set in his ways.” This is not uncommon with older people who have lived alone for some time and with those who find themselves single as the result of the loss of a long-term partner. All of us have to make some accommodations and allowances if we are to live with another person. Tillman initially thinks he can get away without changing at all—he just needs to find a woman who thinks and behaves exactly as he does. His more primal attraction to Rosie, [who is] the opposite of what he wants but exactly what he needs, forces him to attempt some more serious changes. But, as Rosie notes, he can only change his behavior, not his underlying personality; and even then, he’s inclined to revert.

A version of this article appeared in the 08/05/2013 issue of Publishers Weekly under the headline: Finding Love: PW Talks with Graeme Simsion
TOC
ADVERTISEMENT
More from pw