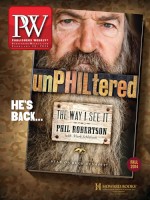 Despite the challenge of competing with online booksellers, Canadian independents contacted by PW reported that 2013 was an encouraging year. Though there are fewer independent bookstores than there were a few years ago, the booksellers that remain said they are finding ways to make their businesses work.

Cathy Jesson, president of British Columbia’s Black Bond Books, a chain of 10 stores, said that 2013 had a weak start but a strong ending, with record sales at a couple of stores in late December. It was the second Christmas since Black Bond bought the Book Warehouse store in downtown Vancouver; Jesson said the addition has turned out to be a “very positive experience.” She added that Black Bond is planning to open a new store in Vancouver in May.

She noted that Black Bond has been focusing its marketing efforts on its e-mail newsletters, which are sent out about once a month and usually include incentives such as coupons. “Our open rate is pretty great,” she noted.

One key to Black Bond’s success, according to Jesson, has been its buying strategy, with about 25%–30% of its inventory being special buys. She finds these books in a variety of places. “I go to England and to New York, but even a small indie can access some of these things online and it can make a huge difference to the customer,” she said. “The customers are looking for bargains and value, and the book you loved last year at full price... Why would you not be happy to offer it to the customer at under $10 this year?”

Sales this year got an added lift from Alice Munro’s Nobel prize win, Jesson said. “It was astonishing. It went from something you just had in your store to chasing it, trying to find it and carrying the whole [Munro] backlist, and watching them all move, which was wonderful.”

In Halifax, Suzy MacLean, co-manager of Woozles Children’s Bookstore, noted a similar pattern of a slow start to the year but “a fine finish,” adding, “It does feel like there’s a bit of an upswing these days.”

In Edmonton, Steve Budnarchuk, co-owner of Audreys Books, said, “Fighting the online behemoth is a forever job,” but he nevertheless described the year as encouraging: “We’re the last full-service independent now in Edmonton, and, as such, we gained a little from the loss of our last competitor.” He noted that consumers who want to support independent booksellers are coming to the store. Outreach has been important to Audreys, Budnarchuk said, with its staff “working hard on all kinds of fronts, doing all kinds of out-of-store events, conferences, conventions, school and library business, book fairs, anything and everything pertinent to our business, we’re doing.”

Chris Hall, inventory manager for McNally Robinson, which has locations in Saskatoon and Winnipeg, said his store also had a good year. Although the challenge of competing with the deep discounts of online booksellers hasn’t gone away, “that’s plateaued a bit, or we’re finding ways of staying engaged with our customers—or a combination of the two,” he observed. “We’re in a good spot right now.”

Hall—who is gradually buying McNally Robinson with another longtime employee, controller Lori Baker—said social media engagement with customers seems to be reaching a critical mass, and that the store now has Facebook and Twitter accounts for each location. Twitter has been particularly effective for telling customers about new books, events, and even about what’s being served at the store’s restaurant and bakery. “People really are responding to it,” Hall said. Author events have also provided some lifts. Astronaut Chris Hadfield drew a crowd of 1,300 people in Winnipeg, he said.

Eleanor LeFave, owner of Mabel’s Fables, a Toronto-based children’s bookstore, said her store also had a great year, in spite of taking a big financial hit when an ice storm knocked out its power on the crucial days of December 23 and 24. “We’ve been going gangbusters with schools and events,” LeFave said, explaining that Mabel’s is selling wholesale to local schools and staging its own school book fairs in the area. “We still have a really great business, with lots of support from the community,” she noted. “Customers really enjoy the experience of being in a bookstore, and they rely on the staff,” LeFave said, adding, “We do a lot of hand-selling.”

Hand-selling is also a key to success at Ben McNally Books, said owner Ben McNally. He described 2013 as a very good year, with sales up from 2012. His store is one of the few independents left in downtown Toronto, following the closure of the last location of Nicholas Hoare’s minichain in the spring. McNally said his business is not affected much by online competition. “People come in here and see books that they’ve never even heard of and they know that if they buy them elsewhere, there’s not going to be a place where they can come find them anymore. I think that makes a bit of a difference.” He noted that the store’s reputation was boosted somewhat because it was hand-selling Eleanor Catton’s The Luminaries even before the book was longlisted for the Man Booker Prize.

In-store and out-of-store events are also important, McNally said. The store hosts a series of dinners with various authors at Toronto’s upscale Grano restaurant. The owner said he arranges about 10 of these ticketed events each year, partnering with restaurant owner Roberto Martella, whom McNally credits with carrying much of the cost. “I sell the book at full price, and he sells the dinner for the rest of the C$100 [ticket price]—and that’s dinner plus wine and tips,” he noted. Some of these events are intimate, with only 25 or 30 attendees; others have as many as 125 guests.

Black Bond’s Jesson said being open to new ideas and ways of doing business is crucial: “If you’re just going to have the latest and greatest and do things the same way you’ve done for the last 20 years, I don’t think you’re going to be around long.”

A version of this article appeared in the 02/10/2014 issue of Publishers Weekly under the headline: Canadian Indies Report Encouraging 2013
TOC
ADVERTISEMENT
More from pw