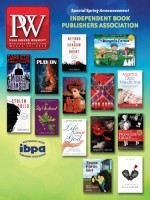 Superman was the first comic-book superhero to break the sound barrier, with the 1940s radio show The Adventures of Superman. Those old-time radio shows may be classics, but they don’t hold up against the audio dramas being produced today by two companies—GraphicAudio and the AudioComics Company. Both publishers create audio dramatizations of comic-book narratives, complete with full casts, sound effects, and musical scores.

Currently, GraphicAudio leads the way in terms of breadth of titles. The company celebrated its 10th anniversary this year, and it’s been producing audio dramatizations of comic book novelizations for the last seven years. GraphicAudio has released about 30 recordings to date and plans at least a dozen more in the next year. Its first production was DC Comics’ Infinite Crisis, a two-part, 12-hour recording released in 2007, but in 2013 the company launched a Marvel Comics line, starting with an audio edition of Civil War, which was a finalist for the Audio Publishing Association’s prestigious Audie Award for Audio Drama last year.

At the end of January, GraphicAudio released Marvel’s The Ultimates: Tomorrow Men, and it will follow that up in April with The Ultimates: Against All Enemies. The company has plans to produce more Marvel and DC Comics recordings, including Marvel’s X-Men: Days of Future Past, which will be its second 5.1 surround sound comic-book release. So far, GraphicAudio has relied almost entirely on novelizations of comic books to make the adaptation process easier, but it will create its first audiobook adaptation directly from a graphic novel with its recording of the Cemetery Girl trilogy by Charlaine Harris and artist Christopher Golden from InkLit, Penguin’s graphic novel publishing imprint.

AudioComics was launched in 2009 by William Dufris, Lance Roger Axt, and Elaine Lee; it plays the independent card to GraphicAudio’s more mainstream releases. The company specializes in creator-owned properties and often works with the creators to adapt each title. Most recently, it released Todd Dezago and Craig Rousseau’s Perhapanauts, originally published in print by Dark Horse, and Jamal Igle’s Kickstarter-funded girl superhero series, Molly Danger, from Action Lab Entertainment.

Most AudioComics recordings are less than two hours long, creating an experience that is similar to that of reading serial comics, with small, episodic adventures released throughout the year. The approach also fits with the directorial style of Dufris, AudioComics’ director, who is also an award-winning narrator. Dufris sets up group recordings akin to old-time radio productions—but on steroids. He brings all the actors together in the studio and records the sessions in real time, rather than recording each reader individually and then piecing the tracks together later.

AudioComics had a strong year in 2013, with two Audie nominations for Titanium Rain, a comics series originally published by Arachaia Studio Press. The recordings also earned it an Earphones award from AudioFile magazine and the Silver Mark Time audio book award. AudioComics is also set to produce an adaptation of the miniseries Bad Planet, by Thomas Jane, Tim Bradstreet, and Steve Niles at RAW Studios. The company is also experimenting with motion comics (comics with limited animation) coupled with its audio productions, and even potentially sending its actors on tour as a live theater troupe. AudioComics has released nine recordings so far and plans to bring out about seven new titles this year.

Part of the companies’ appeal is due to their ability to reach readers and listeners who aren’t necessarily comic-book fans. GraphicAudio has established itself as a publisher of full-cast dramatizations of serial fiction in genre storytelling geared largely toward adults. AudioComics’ list seems to run the gamut from family-oriented material to more mature content.

Richard Rohan, director of GraphicAudio’s comics titles, says that “with each adaptation of the comics, we’re exploring more and more of how to make them ‘graphic audio.’ I always look for ways to pull narration out so we can tell the story with audio.” AudioComics, on the other hand, has worked to turn the recording studio into a full-contact arena where performers are directed to physically act out the events described in each title.

Both companies put a lot of work into recreating the feel of, and imagining the sound of, comics. “For every minute that you’re listening, there’s maybe an hour or two of postproduction time,” says Dufris.

A version of this article appeared in the 03/10/2014 issue of Publishers Weekly under the headline: Comics Break the Sound Barrier
TOC
ADVERTISEMENT
More from pw