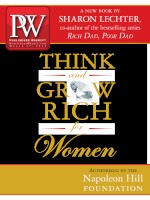 Some losses and gains on the 2013 bestseller lists

Check out the top-10 hardcover fiction titles on the PW 2013 fiction bestseller chart; it resembles the decade-old list from 2003. Five of the authors—Dan Brown, John Grisham, Mitch Albom, James Patterson and Nicholas Sparks—are in the top-10 on both charts. And that is where the similarity ends. Sales figures and tenure on the weekly charts vary greatly. In 2003, all but Sparks had sales of more than one million (his was a robust 800,000+). Brown’s numbers for The Da Vinci Code were over five million and Grisham’s The King of Torts and Albom’s The Five People You Meet in Heaven were over two million. Brown was on the 2003 list for 40 weeks and had a respectable 33-week run for Inferno, #1 fiction in 2013, making it the only million-copy-plus player. Grisham’s Torts had a 25-week tenure 10 years ago; Sycamore Row had only a 10-week run 10 years later and is #3 with sales of more than 900,000. It’s a repetitive annual saga, with shorter stays for even veteran bestselling novelists. One could predict that this trend will only intensify in the coming years.

There were 251 new fiction hardcover bestsellers in 2013, a record high, but 181 of the new titles were on the list three weeks or less and 91 made it to the weekly charts just once. The number of titles that had end-of-the year sales of 100,000 copies or more was 89 in 2013, a new low but only slightly less than the previous low of 91 in 2012. There was only one first fiction—The Bone Season from Bloomsbury. All the other titles were by authors who have graced this list in prior years, some like Stephen King, Tom Clancy, and Danielle Steel for more than 25 years.

There were 89 nonfiction bestsellers with 100,000 copies or more, a much welcomed improvement over the record low of 74 in 2012. Categories that helped pump up the numbers were ducks and cookbooks. The Robertson clan authored six books totaling sales of 4,132,765 hardcover copies last year; two of them, Happy, Happy, Happy and Si-Cology 1, were each over the million mark and #2 and #3 on the end of the year chart. The list also has a record 22 titles on cooking and nutrition, making it the largest nonfiction category, amounting to nearly 25% of the 89 total.

While religion and politics are subjects to avoid at the dinner table, they are happy bedfellows on the year-end chart. There are three Jesus books and at least a half-dozen inspirational titles. Washington, Kennedy, Roosevelt, Lincoln, and Reagan are the subjects of some of the year’s political top sellers.

As we state each year, all the calculations on the following pages are based on shipped-and-billed figures supplied by publishers for new titles with sales of 100,000 or more in hardcover or paper. All reflect only 2013 domestic retail sales, and while publishers were asked to take into account early returns, it would be safe to assume that not all did. Sales figures on these pages should not be considered final, especially those books published in the latter half of the year. The figures for all books listed with an asterisk (*) were submitted to PW in confidence, for use in placing the title on the list.

#These sales figures were submitted to PW in confidence for use in placing titles on the lists. Numbers shown are rounded down to indicate relationship to sales figures for other titles.

**Since Guinness did not provide a number, we used the end of year sales total based on Nielsen’s calculations.

Note: Rankings are determined by sales figures provided by publishers; the numbers generally reflect reports of copies “shipped and billed” in calendar year 2013. Publishers were instructed to include returns through February 1, 2014. Publishers did not at that time know what total returns would be—indeed the majority of returns occur after that cutoff date—so none of these figures should be regarded as final net sales. (dates in parenthesis indicate month and date of publication.)

29. *Dead Ever After. Charlaine Harris. Ace

*The Signature of All Things. Elizabeth Gilbert. Viking

*Until the End of Time. Danielle Steel. Delacorte Press

9. I Am Malala: The Girl Who Stood Up for Education and Was Shot by the Taliban. Malala Yousafzai. Little, Brown 501,604

15. Break Out! 5 Keys to Go Beyond the Barriers and Live an Extraordinary Life. Joel Osteen FaithWords (347,370)

19. Miracles and Massacres: True and Untold Stories in the Making of America. Glenn Beck. Threshold (322,076)

24. *Zealot: The Life and Times of Jesus of Nazareth. Reza Aslan. Random House

*Still Foolin’ Em: Where I’ve Been, Where I’m Going and Where the Hell Are My Keys. Billy Crystal. Henry Holt

*Let Me Off at the Top!: My Classy Life and Other Musings. Ron Burgundy. Crown Archetype

*Daring Greatly: How the Courage to be Vulnerable Transforms the Way We Live, Love, Parent, and Lead. Brene Brown. Gotham

There’s More to Life Than This: Healing Messages, Remarkable Stories, and Insight about the Other Side. Theresa Caputo. Atria (191,809)

You’ll Get Through This: Hope and Help for Your Turbulent Times. Max Lucado. Thomas Nelson (174,004)

*The Boys in the Boat: Nine Americans and Their Epic Quest for Gold at the 1936 Berlin Olympics. Daniel Brown. Viking

The Essential Scratch and Sniff Guide to Becoming a Wine Expert: Take a Whiff of That. Richard Betts. Houghton Mifflin Harcourt (128,087)

*A Higher Call: An Incredible True Story of Combat and Chivalry in the War-Torn Skies. Adam Makos. Berkley

God Is Not Mad at You: You Can Experience Real Love, Acceptance & Guilt-Free Living. Joyce Meyer. FaithWords (120,142)

*Paddle Your Own Canoe: One Man’s Fundamentals for Delicious Living. Nick Offerman. Dutton

*Civilian Warriors: The Inside Story of Blackwater and the Unsung Heroes of the War on Terror. Erik Prince. Portfolio

The Tip and The Gipper: When Politics Worked. Chris Matthews. Simon & Schuster (102,270)

A version of this article appeared in the 03/17/2014 issue of Publishers Weekly under the headline: In Hardcover, It Looks the Same, but It’s Not: Facts & Figures 2013
TOC
ADVERTISEMENT
More from pw