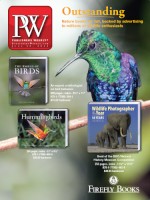 In third place on the country’s overall chart was Colleen Dorsey’s Band-It, originally published in the U.S. as Totally Awesome Rubber Band Jewelry in October 2013 by Fox Chapel. The book is a how-to on how to make rubber band jewelry using a loom, a phenomenon that became one of the hottest trends of the 2013 holiday season in the U.S. One of Dorsey’s follow-up titles, Epic Rubber Band Crafts, released by Fox Chapel in February, hit Netherland’s list at #6 under the title Epic Band-It.

The One You Love, from Swedish crime writer Mari Jungstedt, a novel about the mysterious death of a real estate agent, debuted on Sweden’s fiction chart in May at #1, pushing the previous month’s top title, Majgull Axelsson’s My Name Is Not Miriam, to #3. Torgny Lindgren’s Klingsor and the Last Hash jumped from the #9 spot to #2. Eva Robild’s gardening book, Cultivate in a Raised Bed, moved from #2 to the top spot on the country’s nonfiction list, sending Jonas Trolle’s The Hunt for Captain Dress to #2. Another soccer title, former Manchester United manager Alex Ferguson’s autobiography, was new to Sweden’s list at #3.

Sveva Casati Modignani’s novel A Magical Wife was new to Italy’s combined list, hitting the #1 spot. The book moved the April bestseller, Markus Zusak’s The Book Thief, to the #2 spot. The film adaptation of the novel, published in 2006 by Knopf in the U.S., premiered in Italy on March 27. Terzani Tiziano’s An Idea of ​Destiny, a collection of notes, diary entries, and letters written by the Italian journalist while working as a correspondent in China, was also new to Italy’s list at #3.

For the month ended May 18, 2014; used by arrangement with Svensk Bokhandel

For the week ended May 4, 2014; used by arrangement with CPNB De Bestseller.

For May 2014; used by arrangement with Informazioni Editoriali.

A version of this article appeared in the 06/30/2014 issue of Publishers Weekly under the headline: Soccer Stars, Loom Titles Hot
TOC
ADVERTISEMENT
More from pw