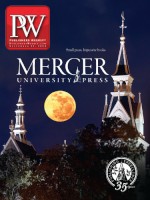 Polis Books, which was launched in late 2013 by novelist Jason Pinter, is a digital-first publishing venture driven by a combination of traditional publishing experience and new media savvy. Polis originally focused on crime, SF/fantasy, and romance/erotica in digital editions, and it’s now adding new genres—children’s and young adult—as well as print editions to its publishing program.

As part of this expansion, Polis will publish The Misshapes: The Coming Storm, by Alex Flynn, in hardcover in October. It will be the publisher’s first children’s book and first print title, in addition to being the first installment of a continuing series. “I always wanted to expand the genres we publish, and I thought we would after a couple of years, but we got a great book,” Pinter said of Flynn’s novel. And, in 2015, Pinter plans to publish Ash, by Shani Petroff and Darci Manley, a dystopian YA novel that will also be published in hardcover and is also the first volume in a series. Another title coming in 2015 is The Lonely Hearts Club, a new adult novel by Brenda Janowitz.

Pinter called The Misshapes “a funny action adventure story,” adding, “It’s like superhero comics—the Incredibles in novel form. It punched all my buttons.” The Misshapes is a middle-grade novel about a girl who lives in a town where some people have superpowers, though some, like the heroine, have “third-rate, lame powers.” Adding to her misery, Pinter said, is the fact that the heroine’s mother is a supervillain.

When asked about the addition of print titles to the digital-first house’s list, he responded, “Why limit distribution? Some people read exclusively digital and some only buy print. And some—like me—buy both. We felt that many of the books we were acquiring, for various reasons, would benefit from both print and digital distribution.” The Misshapes was intended to be a digital original, but “middle-grade fiction works better in print first, and kids tend to want a favorite book as a keepsake—I know I did.”

As an independent press, Polis’s overhead is low, “so we don’t need huge first printings to make print distribution worthwhile,” Pinter explained. He also emphasized that it is important “for us to earn the support of bookstores by getting reviews and allowing booksellers to hand-sell our books.” On the other hand, Pinter said, “some of our books, like Jericho’s Razor, by Casey Doran, fit more naturally into digital, because we could launch a brand new author at an attractive price point.”

While Pinter said that “print was always a goal,” he added that the young house is growing and has been forced to “ramp up” faster than anticipated. Polis has released 14 titles to date, all in digital editions. Its first book, Transit Girl, by Jamie Shupak (an Emmy-nominated transit anchor for Time Warner Cable’s NY1 channel), came out in November 2013. In 2015, Polis plans to publish 15–18 titles in print and another 15–20 digital-first titles. Pinter noted that all of Polis’s “print” titles are released simultaneously as e-books, and that its digital-first titles may get a print edition if sales and/or reviews are strong.

Pinter has an unusual résumé that combines writing, editing, and marketing experience. He’s a bestselling adult novelist with six crime novels under his belt, and he’s been nominated for numerous prizes in the category; he’s also written a young adult novel. In addition, he worked as a senior marketing manager at Grove/Atlantic.

Polis is entirely self-financed and Pinter essentially runs it out of his apartment in Manhattan, with the assistance of 20–25 freelancers who handle cover art, design, tech, and social media. He even turned down an offer from a venture capitalist to buy a controlling stake in the company about six months after it launched. “I didn’t need the funding, and I didn’t want to give up as much control as they wanted,” he said, adding, “I want control over what I publish.”

Polis’s bestselling titles this year are the thriller The Fear in Her Eyes, by Grant McKenzie; The Scarlet Letter Society, a romance novel by Mary T. McCarthy; When One Man Dies, by Dave White (a reprint); and Shupak’s Transit Girl.

Pinter said that about 70% of the submissions he receives are from agents and about 30% are unagented. Polis pays “modest” advances, and its authors make their money on the “backend” and are involved in every step of the publishing process. Pinter also looks to acquire out-of-print backlist titles: “We got five backlist titles from novelist J.D. Rose and will publish a new novel by him in February,” he said. Interest in foreign rights is growing, and Pinter plans to be at Frankfurt with a 25-page rights list. Laughing, he said, “Last year at this time, all I had was a domain name.”

Polis benefits from the rise of self-publishing and Pinter’s background in traditional publishing and distribution, as well as his comfort with technology.“I was very fortunate to start working as an editor around 2003 when book discovery and the Web were changing, and social media and blogging were in their infancy. By the time I launched Polis Books, the ways to promote books and find authors had changed. I don’t need offices on Broadway or need to spend $50,000 to promote a book. I couldn’t have done this 20 or 30 years ago.”

A version of this article appeared in the 09/15/2014 issue of Publishers Weekly under the headline: Polis Books Adds Categories, Print
TOC
ADVERTISEMENT
More from pw