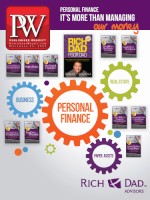 Capital Days: Michael Shiner’s Journal and the Growth of Our Nation’s Capital (Jan., $21.95) by Tonya Bolden introduces young readers to Washington, D.C., during the early to mid-19th century, through the story of Michael Shiner (c. 1804–1880).

Nathan Hale's Hazardous Tales: The Underground Abductor (Mar., $12.95) by Nathan Hale tells the true-life story of Araminta Ross, born a slave in Delaware in the early 19th century, who ran north to freedom—and changed her name to Harriet Tubman.

Passenger on the Pearl: The True Story of Emily Edmondson’s Flight From Slavery (Jan., $17.95) by Winifred Conkling recounts the largest slave escape in U.S. history on a schooner called The Pearl, and Emily’s eventual freedom, education and abolitionism.

The Jumbies (Mar., $15.95) by Tracey Baptiste draws on her West Indian and Afro-Caribbean heritage to deliver a twist on a classic Haitian folktale.

Seeds of Freedom: The Peaceful Integration of Huntsville, Alabama (Jan., $16.99) by Hester Bass, illus. by E.B. Lewis, shows how challenges such as racial tensions, bullying, and unfairness can be faced successfully with perseverance and ingenuity.

X (Jan., $16.99) by Ilyasah Shabazz with Kekla Magoon follows young Malcolm Little from his childhood thorough his turbulent teens, before he became Malcolm X. Published to coincide with the 50th anniversary of his assassination.

Bird & Diz (Mar., $19.99) by Gary Golio, illus. by Ed Young, improvises a tribute to Charlie Parker and Dizzy Gillespie, the creators of bebop.

Juneteenth for Mazie (Feb., $15.95) by Floyd Cooper. Mazie learns the struggles and triumphs of her family’s past as she prepares to celebrate the historical holiday of Juneteenth, the day her ancestors were no longer slaves.

Friends for Freedom: The Story of Susan B. Anthony & Frederick Douglass (Sept., $16.95) by Suzanne Slade, illus. by Nicole Tadgell, explores the little-known friendship between the outspoken woman and the former slave who became America’s most famous freedom fighters.

Imani’s Moon (Oct., $17.95, paper, $7.95) by JaNay Brown-Wood, illus. by Hazel Mitchell. Imani may be the smallest child in her Maasai village, but the more she hears the ancient stories of her people, the more she is inspired to believe that she can touch the moon–like Olapa, the moon goddess of Maasai mythology.

Draw What You See: The Life and Art of Benny Andrews (Jan., $16.99) by Kathleen Benson, illus. by Benny Andrews, recounts how Benny’s dreams propelled him to become one of the most important African-American painters of the 20th century, who fought to open doors for underrepresented artists.

Freedom’s School (Jan., $17.99) by Lesa Cline-Ransome, illus. by James E. Ransome. When Lizzie's parents are granted their freedom from slavery, Mama says it’s time for Lizzie and her brother Paul to go to a real school—a new one, built just for them. But will it be strong enough to stand forever?

Stealing the Game (Feb., $16.99) by Kareem Abdul-Jabbar and Raymond Obstfeld. While Chris wavers between helping his older brother Jax and staying out of trouble, his friend Theo does some detective work to learn what Jax has been up to.

My Pen (Mar., $16.99) by Christopher Myers uses black-and-white illustrations to bring a sketchbook to life, showing that with a simple pen, a kid can do anything.

Gone Crazy in Alabama (Mar., $16.99) by Rita Williams-Garcia. The Gaither sisters from One Crazy Summer travel from the streets of Brooklyn to the rural South for the summer of a lifetime.

If You Plant a Seed (Mar., $18.99) by Kadir Nelson illustrates the power of actions, and the rewards of compassion and generosity.

Little Peach (Mar., $17.99) by Peggy Kern. Michelle runs away from her drug-addicted mother to New York City, and finds herself engulfed in the world of child prostitution.

Mo'ne: Remember My Name: My Story from First Pitch to Game Changer (Mar., $16.99) by Mo'ne Davis. A memoir from the first female pitcher to win a game in the Little League World Series and the first Little Leaguer to be featured on the cover of Sports Illustrated.

Because They Marched: The People’s Campaign for Voting Rights That Changed America (Oct., $20) by Russell Freedman focuses on the 1965 voting rights march from Selma to Montgomery, Alabama.

Swing Sisters: The Story of the International Sweethearts of Rhythm (Feb., $16.95) by Karen Deans, illus. by Joe Cepeda, offers the true story of young female musicians who defied Jim Crow laws and discrimination to become an international big-band sensation.

How It Went Down (Oct., $17.99) by Kekla Magoon. Sixteen-year-old Tariq Johnson’s community struggles to make sense of the tragedy of his death at the hands of a white shooter.

The Perfect Place (Nov., $16.99) by Teresa E. Harris. Treasure and her sister Tiffany must use their imaginations to endure their stay with their oppressive, eccentric great-aunt.

Lend a Hand: Poems About Giving (Oct., $17.95) by John Frank, illus. by London Ladd, centers original poems around the theme of giving and spontaneous acts of kindness.

Little Melba and Her Big Trombone (Oct., $18.95) by Katheryn Russell-Brown, illus. by Frank Morrison. A biography of Melba Doretta Liston, a pioneering 20th-century trombone player, composer, and music arranger at a time when few women of any race played brass instruments and were part of the jazz scene.

Knockout Games (Sept., $17.95) by G. Neri. When Erica and her mother move to St. Louis to start over, she finds herself caught up in a violent and popular local pastime, the knockout game.

Make Something of It; Better Than Picture Perfect; Turn Up for Real; Truth and Nothing But; and Icing on the Cake (all Oct., each paper, $7.95) by Stephanie Perry Moore are part of The Sharp Sisters series, following the high-school-age daughters of mayoral candidate Stanley Sharp, as every choice they make affects their father's campaign—and their own chances for success.

Public School Superhero (Mar., $13.99) by James Patterson and Chris Tebbetts looks at middle school in a challenging urban setting, where a kids’ life can depend on the everyday decisions he makes.

28 Days: Moments in Black History That Changed the World (Jan., $18.99) by Charles R. Smith Jr., illus. by Shane W. Evans, portrays those who struggled to shape African-American history, with each day featuring a different influential figure.

I Am #12: LeBron James (Sept., paper, $5.99) by Grace Norwich spotlights the accomplishments–on and off the court–of one of the best basketball players of all time.

Kinda Like Brothers (Sept., $17.99) by Coe Booth portrays two boys inside the foster care system in Newark who don’t get along, but have to find a way to figure it out.

The Madman of Piney Woods (Sept., $16.99) by Christopher Paul Curtis follows Benji and Red, Canadian boys who become best friends but encounter the wrath and bigotry of Red’s grandmother.

Unstoppable Octobia May (Sept., $16.99) by Sharon G. Flake. A mystery set in the 1950s that blends history, race, culture, and family into a spooky tale.

The Zero Degree Zombie Zone (Sept., $16.99) by Patrik Henry Bass, illus. by Jerry Craft. New kid on the block Bakari finds a strange ring that appears to have magical powers–and the people from the ring’s fantastical otherworld want it back.

Little Rhino #1: My New Team (Feb., paper, $4.99) by Ryan Howard and Krystle Howard, illus. by Erwin Madrid. Second-grader Little Rhino learns that it’s not so easy to be a good teammate, especially when there’s a bully wearing the same uniform as you. Part of a series from MLB player Ryan Howard and his wife, a former elementary school teacher.

Love Is the Drug (Sept., $17.99) by Alaya Dawn Johnson combines a pandemic, the young and elite, race and class, in a fast-paced sci-fi thriller set in Washington, D.C.

The Case for Loving (Jan., $18.99) by Selina Alko, illus. by Sean Qualls. A picture book that recounts how Mildred and Richard Loving, arrested for their interracial marriage, sued and ultimately won their case in the Supreme Court.

Roc and Roe’s Twelve Days of Christmas (Nov., $17.99) by Nick Cannon, illus. by AG Ford, features Cannon’s twins as they put their own spin on the classic Christmas carol.

Chasing Freedom: The Life Journeys of Harriet Tubman and Susan B. Anthony (Jan., $18.99) by Nikki Grimes, illus. by Michele Wood, imagines the two 19th-century women reminiscing about their lives.

Red, Yellow, Blue (and a Dash of White, Too!) (Mar., $16.99) by Charles George Esperanza follows a little girl as she discovers the wonders of mixing colors.

EJ and Sis: Time Out...Learning Tool (Oct., paper, $9.99) by Natorya Nicole, illus. by Eric Gonzales. A kid misbehaving on the playground, needing to be sent to time out, learns important lessons from his older sister.

Gordon Parks: How the Photographer Captured Black and White America (Feb., $16.99) by Carole Boston Weatherford, illus. by Jamey Christoph. Verse and art show how, with a single photograph, a self-taught artist got America to take notice.

Frederick Douglass and the North Star; Harriet Tubman and My Grandmother’s Quilts; Marching with Martin; and Jalani and the Lock (all Feb., each $30.25, paper, $11.75) by Lorenzo Pace are part of the African American Quartet series by the sculptor who won the commission to create the African Burial Ground Memorial sculpture in New York City.

A version of this article appeared in the 12/15/2014 issue of Publishers Weekly under the headline:
TOC
ADVERTISEMENT
More from pw