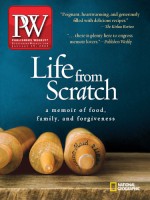 Meader Makes First Fiction Buy
In his first acquisition after over a decade in the industry, James Meader, executive v-p of publicity at Picador, preempted world rights to Paul Goldberg’s debut novel, The Yid. Josh Getzler at Hannigan Salky Getzler represented Goldberg, the longtime editor of the Cancer Letter, an online weekly that shares information on, among other things, new treatments and research. The novel, Meader said, is “darkly comic” and was pitched as “Inglourious Basterds crossed with Seven Samurai, with echoes of Shakespeare, Yiddish humor, and tragicomedy.” The Yid follows a group of intellectuals in Moscow in 1953—among them an actor, a doctor, and an African-American living in Moscow—who hatch a plot to assassinate Stalin.

Levithan Gender Bends With ‘George’
For Scholastic, David Levithan preempted world rights to George, the middle-grade debut by Alex Gino, who was represented by Jennifer Laughran at Andrea Brown Literary. George tells the story of a girl whom the world identifies as a boy; Laughran called the book’s treatment of gender issues “groundbreaking.” When Gino’s heroine is not cast in the lead role for a fourth-grade production of Charlotte’s Web, she decides to reveal her true identity. George is set for fall 2015.

We Need Diverse Books Gets Its Book
Phoebe Yeh at Crown Books for Young Readers has acquired an anthology of short stories edited by Ellen Oh, cofounder and president of We Need Diverse Books. Stories for All of Us is set for spring 2017. Barry Goldblatt, who has an eponymous shingle, handled the world-rights deal. Oh’s grassroots organization formed last year to address the lack of diverse narratives appearing in children’s literature. The book will feature original stories by, among others, Sherman Alexie, Jacqueline Woodson, and Kwame Alexander. The collection will also include one story by Walter Dean Myers, the award-winning children’s author who died last July. RH Children’s Books, which will make a donation to WNDB upon publication, said the volume will “reflect literary excellence and the goals of WNDB in promoting diversity in children’s literature.”

Canadian Food Blogger Again to Avery
For Penguin Publishing Group’s Avery imprint, Lucia Watson nabbed world rights to a new cookbook by Angela Liddon. Avery published Liddon’s Oh She Glows Cookbook last year—based on, and named after, her popular vegan blog—and the publisher said the title now has nearly 300,000 copies in print. The new cookbook will feature more recipes by Liddon, who lives in Toronto; it will be published simultaneously by Avery and Penguin Canada.

Page to Screen
Therese Anne Fowler’s bestselling Z: A Novel of Zelda Fitzgerald has been optioned by Amazon Studios, with Killer Films and Christina Ricci producing. The book is being adapted as a series, and the pilot will be written by Dawn Prestwich and Nicole Yorkin, who served as co-executive producers on AMC’s The Killing. Lucy Stille at APA handled the sale on behalf of Wendy Sherman at Wendy Sherman Associates.

Briefs
At Norton, John Glusman took U.S. and Commonwealth rights to Ben Tarnoff’s A Fighting Faith: The Story of the Liberal Spirit in America from agent Joy Harris at Joy Harris Literary. In the book, Tarnoff (The Bohemians) examines the history of liberalism, from the close of the Civil War through World War I. Fighting Faith is set for fall 2017.

A version of this article appeared in the 01/19/2015 issue of Publishers Weekly under the headline: Book Deals: Week of January 19, 2015
TOC
ADVERTISEMENT
More from pw