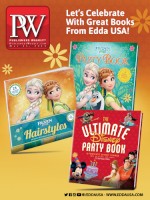 By Jim Milliot, with Rachel Deahl |

Amazon Publishing may have scaled back its plans to have a major New York City trade publishing presence since the departure of Larry Kirshbaum in early 2014, but the company still continues to expand its overall operation. The division is now composed of 14 imprints, based in six cities, and it’s set to publish about 1,200 titles in 2015. Though it was largely focused on commercial fiction when it launched in 2009, Amazon Publishing is now increasing its investments in such nonfiction areas as narrative nonfiction, memoir, and biography, according to Jeff Belle, v-p of Amazon Publishing, who responded to questions via email.

The greater involvement in nonfiction could mean an expansion of its New York office, which is currently home to its literary fiction imprint, Little A, and Two Lions, its children’s imprint, as well as the Day One literary journal app and the Kindle Singles program. Belle said he expects to add more editorial positions in New York (where Dave Blum is publisher and editor-in-chief), in part to support the increase of nonfiction titles to Little A. Belle also expects to add more nonfiction to lists developed in the offices in Seattle and Grand Haven, Mich.

Grand Haven is the site of Brilliance Publishing, which was known as Brilliance Audio when Amazon acquired the company in 2007. Since the acquisition, Amazon has built Brilliance into a full-service publisher of print, digital, and audiobooks. Brilliance also includes the Grand Harbor imprint, which is devoted to spirituality and self-help books, and Amazon’s newest imprint, Waterfall Press, which is aimed at the Christian market, and published its first titles in February 2014.

In addition to its own publishing program, Brilliance now handles all print distribution for Amazon Publishing imprints with the exception of titles that Amazon sublicenses to Houghton Mifflin Harcourt, which releases them under the New Harvest imprint. The New Harvest lineup is not as robust as it was when it began in fall 2012, but it will release print editions of new titles, including James Atlas’s Icons series of short biographies, through the end of the year.

It was the creation of the New Harvest imprint in 2012 that drew the attention of retailers who have generally avoided carrying titles from the imprint. Belle acknowledged that not all booksellers carry Amazon titles, but noted that he has been “pleasantly surprised by the progress we’re seeing.” Still, he said, “authors that work with us understand that the majority of their readers will likely find them on Amazon.” And that is not necessarily a bad thing. Belle said that Amazon Publishing is now the second-largest publisher on the Kindle platform in the U.S. With its strong Kindle presence, it is not surprising that Amazon Publishing sales skew more heavily toward digital than the larger trade houses do (e-books make up 30% of total revenue at a number of these houses). Despite the heavier reliance on e-book sales, however, Amazon Publishing remains committed to publishing print books, according to Belle. “We’re encouraged by the strong growth in the business,” he said.

One area where Amazon Publishing has established a strong position is in publishing translated books through AmazonCrossing. According to statistics compiled by Chad Post’s Three Percent blog, in 2014, AmazonCrossing released 44 English translations of titles that were originally published overseas—more than any other U.S. house. Amazon plans to increase that number to 70 this year, while also releasing more than 200 German-language titles through its Munich office. Amazon launched its German-language publishing program in March 2014, and developing a worldwide publishing program remains a priority. “Investing globally means acquiring authors locally, as well as expanding the audience for all of our authors through translations into multiple languages,” Belle said. In addition to Munich, Amazon Publishing has overseas offices in London and Luxembourg.

Belle said Amazon Publishing now employs several hundred people and has plans to publish as many as 2,000 titles in 2016. Among the books he expects to do well this year are Her Final Breath, by Robert Dugoni; The Werewolf of Bamberg, by Oliver Potzsch; The Doctor Is In, by Ruth Westheimer (aka Dr. Ruth); and No Ordinary Billionaire, by J.S. Scott.

Belle has overseen Amazon Publishing since its launch, and his leadership team now consists of Blum; Mikyla Bruder, publisher of U.S. Adult Trade; Mark Pereira, publisher of Brilliance; and Sarah Jane Gunter, general manager of the company’s international business and publisher of AmazonCrossing. “We’re still relatively young as a publishing business,” Belle said, “but we’re excited by the success we’re seeing today, and we’ll continue to build our list over time.”

A version of this article appeared in the 05/11/2015 issue of Publishers Weekly under the headline: Amazon Publishing Marches On
TOC
ADVERTISEMENT
More from pw