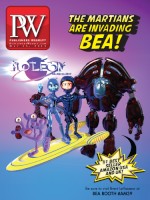 LGBTQ Publishing: Other Voices, Other Views

Religion houses are expanding the conversation around LGBTQ issues and faith

It’s hard to name a more rapidly evolving religious issue than attitudes toward homosexuality. Congregations have split, denominations have approached schism, and, in April, in a move sure to have repercussions in religious communities, the Supreme Court took up the issue of gay marriage.

According to the Pew Forum, 57% of Catholics and white mainline Protestants approve of same-sex marriage, up 17 percentage points since 2001. Support among black Protestants is up from 30% to 41% over the same period, and among white evangelicals, support has increased from 13% to 21%. And while the Catholic Church as an institution considers homosexuality a sin, Pope Francis famously said about the issue, “Who am I to judge?”

The impact of this shift is also evident in publishing, with religion houses releasing titles that offer increasingly nuanced perspectives. Publishers report that debates over homosexuality are out—that’s an issue that denominations have largely decided, they say—while books exploring the relationship between LGBTQ people and religion are in.

Another sign that, in many quarters, the debate is over: none of the publishing executives whom we spoke with could remember an instance of pushback on the issue from booksellers, distributors, or other customers.

“I think it happens, but on the whole it has not been a problem for us,” says Jon Pott, retiring v-p and editor-in-chief of Eerdmans Publishing. “They may choose not to carry a book of ours, but that will not damage our reputation.”

David Crumm, publisher of David Crumm Media, which in 2014 published A Letter to My Congregation: An Evangelical Pastor’s Path to Embracing People Who Are Gay, Lesbian and Transgender into the Company of Jesus, by Ken Wilson, puts it this way: “This is a remarkable moment in American religion and publishing. There is a huge opportunity for publishers to recognize what is happening and plan the books that are going to be needed.”

That’s been David Crumm Media’s mission since its founding in 2007. In addition to Wilson’s book, the house published Changing Our Mind, by evangelical ethicist David Gushee, in October, with a second edition released in January. Those books, as well as Matthew Vines’s God and the Gay Christian: The Biblical Case in Support of Same-Sex Relationships (Convergent, 2014), chart the so-called third-way theology—a Bible-based path by which evangelicals can accept differently oriented people.

“We are at a major tipping point in religion,” Crumm says, as the issue of gay marriage is gaining prominence both in the courts and in the church. “This is a church growth issue.”

Westminster John Knox Press also recognizes the shift away from debate about homosexuality. David Maxwell, acquisitions editor, says that while the Presbyterian publisher has long published books on gay spirituality and equality, there sometimes was in-house concern about going too far. “But it’s past that time,” he says. “We’re looking at how can we help the church live in the new reality.”

The press is following 2014’s The Bible’s Yes to Same-Sex Marriage: An Evangelical’s Change of Heart, by Mark Achtemeier, with Inclusive Marriage Services: A Wedding Sourcebook, edited by Kimberly Bracken Long and Maxwell (Jan. 2016). Long is also writing another title about inclusive Christian marriage. “She’s assuming readers are same-sex couples as well as heterosexual couples,” Maxwell says, “which is a change.”

In May, Eerdmans will publish on a topic that gets little attention in mainstream publishing, much less in religious publishing: intersexuality, or when a person’s sexual anatomy does not fit the typical definition of female or male. Regarding Sex Difference in Christian Theology: Male, Female and Intersex and the Image of God, by Megan DeFranza, (May), Pott says that failing to publish books in the LGBTQ space would be “irresponsible,” because the subject “is alive in the academy, and it is alive in the church.”

But the question of acceptance hasn’t gone away entirely. Earlier this year, conservative Christian publisher Harvest House revised its 2004 title When Homosexuality Hits Home: What to Do When a Loved One Says They’re Gay, by Joe Dallas, an advice book for Christians who believe homosexuality is a sin. Senior editor Nick Harrison says the house’s strategy is to stay out of politics and focus on ministry. Harvest House books addresses issues like substance abuse, depression, and suicide among gays and lesbians; Harrison says this is an important mission, as reparative therapy, also known as conversion therapy, becomes a thing of the past.

Exodus International, formerly the largest Christian ministry to promote conversion therapy, closed in 2013, after issuing an apology to the gay community for “years of undue judgment by the organization and the Christian Church as a whole.” Harrison says, “With the demise of Exodus International, we’ve been waiting and watching to see how the landscape changes. The need is still there, certainly.”

Former president of Exodus International Alan Chambers has written about his struggle to reconcile his sexuality (he has said he has both same-sex and opposite-sex attractions) with his beliefs in My Exodus: From Fear to Faith, which Zondervan will publish at the end of September. HarperCollins Christian Publishing, whose imprints include Christian powerhouses Zondervan and Thomas Nelson, declined to be interviewed for this story, as did Brazos and Crossway.

Other publishers were eager to share their views. Wisdom Publications, a Buddhist publisher, has its first title in the category with the recently published The Way of Tenderness: Awakening Through Race, Sexuality, and Gender, by

Zenju Earthlyn Manuel. Lydia Anderson, Wisdom’s marketing and promotions manager, says there was “no hand-wringing at all” about the releasing the book. “We know not everyone is going to agree with what Earthlyn says” in the book, which is a look at Buddhism through the lens of its African-American lesbian author. “But it is an important conversation to be having on both sides,” she adds.

With this category’s territory changing so rapidly, how can a publisher prepare for its future? Crumm expects that as the number of gay marriages grows, so will the need for faith-based books on gay relationships. “There are going to be maybe millions of gay unions in the next year or two, and somebody has to publish resources for that,” he says.

Eerdman’s Pott says we can expect to see the same types of books aimed at traditional families reimagined for same-sex ones. “There are all kinds of pastoral and congregational issues around same-sex families which seem to be lying just around the corner,” he says. “The church will be trying to catch up with that.”

Kimberly Winston is a national correspondent for Religion News Service and editor of ReligionLink.

Click here for the rest of our LGBTQ 2015 Feature Package!

A version of this article appeared in the 05/25/2015 issue of Publishers Weekly under the headline: Other Voices, Other Views
TOC
ADVERTISEMENT
More from pw