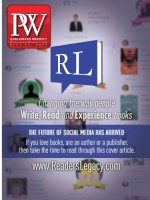 Fall 2015 Announcements: All Our Coverage

For PW’s fall roundup this year, our editors have considered thousands of books being published between Aug. 1, 2015, and Jan. 31, 2016, and selected the best of the best. The listings are divided into 16 major categories, each with 50 titles that we predict will garner serious attention, along with our top 10 picks.

We hope this feature will make planning for the months ahead an interesting prospect for booksellers and librarians. (Fall Children’s Announcements will appear in our July 20 issue). Our editors selected the titles gathered here based on their experience and interests, as well as their instincts, because we never forget the magic of publishing—the unlikely bestseller, the dark horse that pulls ahead.

Please note that all of these titles are on our website, where they can be browsed by publisher, imprint, category, publication date, and format. You’ll also find other information, including author bios, marketing plans, and full descriptions of the books. Go to publishersweekly.com/announcements to see the complete listing.

From literary heavyweights and heavy histories to cookbooks and lighter interests, PW's editors pick the big books of fall 2015 in 16 categories.

With monographs from two contemporary public artists, an appearance by Truman Capote in Brooklyn, a visit to the Noguchi Museum in Queens, and a photographer’s exploration of the American West, many of the major art books this fall focus on people or places.

Some of the biggest business books this fall come from people high up in business and financial circles.

This fall’s graphic novels dig deep into memoir, exploring lives as diverse as those of a child in Libya, a garbageman in Ohio, and a woman with breast cancer.

This season sees the debut of lines of cookbooks from influential magazines on American food and culture.

Fall books on music look at innovators in various traditions, including soul, early New Wave, and the Great American Songbook.

This season’s literary nonfiction is in a retrospective mood, reflecting on mortality and what the authors have learned about their art.

Fall usually means the literary heavyweights hit shelves, and this year is no exception.

Rather than focus on events or players, this fall’s big history books are rooted in geographic locations, from the landscapes of the Catskills in upstate New York to the back alleys of Paris and the vast waters of the Pacific Ocean.

Fall 2015 Announcements: Lifestyle: Down to Earth

People and their antics are infinitely interesting—whether they are historical, literary, or criminal figures, or their tales are told by themselves or others.

Thrillers from major publishers typically occupy about half the slots on any given bestseller list.

This fall’s poetry list follows a pattern set in the spring: much-anticipated posthumous collections abound alongside a good number of selected works from some of American poetry’s biggest names.

November 2016 may seem far away, but with the presidential campaign now underway, the news will soon be all politics, all the time.

Romance and erotica authors are pushing all kinds of boundaries this fall.

Last year saw a flood of think pieces declaring a “golden age of neuroscience,” and this fall, publishers seem intent on proving it.

Crisp fall nights bring bright beckoning stars and a resurgence of our old friend, the sense of wonder.

A version of this article appeared in the 06/22/2015 issue of Publishers Weekly under the headline:
TOC
ADVERTISEMENT
More from pw