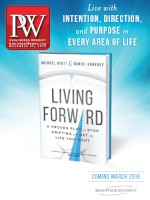 San Francisco’s City Lights Publishers is wrapping up its 60th year in publishing this month. Poet Lawrence Ferlinghetti, cofounder of City Lights Bookstore, started the publishing imprint in 1955 with Pictures of the Gone World, his own book of poems. That title helped form the foundation for a storied publishing legacy, which includes Howl and Other Poems by Allen Ginsberg, a book that put City Lights at the center of an obscenity trial and cemented the press as a defender of free speech.

City Lights Bookstore was known as a center of bohemian life on the west coast, hosting progressive literary and political events. The addition of a press allowed Ferlinghetti to publish books that aligned with that vision. Often associated with publishing Beat generation figures such as Jack Kerouac, City Lights has published a variety of genres, many with a political and international bent, and featuring a diverse range of styles and subjects.

This year the press republished five titles related to its anniversary, three of which are Ferlinghetti titles: Pictures of the Gone World: 60th Anniversary Edition, which was not only the press’s first title but also launched City Lights’ iconic Pocket Poets Series; The City Lights Pocket Poets Anthology: 60th Anniversary Edition, edited by Ferlinghetti, which collects favorites from the series; and I Greet You at the Beginning of a Great Career: The Selected Correspondence of Lawrence Ferlinghetti and Allen Ginsberg, 1955–1997, edited by Bill Morgan. Other titles include the 25th-anniversary edition of Shock Treatment by performance artist Karen Finley, which Stacey Lewis, City Lights’ v-p, called “a landmark publication for City Lights”; it was originally printed when Finely was denied an NEA grant for her performance art, which some members of Congress deemed obscene.

City Lights also published its first children’s book this year, Rad American Women A–Z: Rebels, Trailblazers, and Visionaries Who Shaped Our History... and Our Future! by Kate Schatz and Miriam Klein Stahl. Though it’s City Lights’ first foray into the children’s book market, Lewis said it was the “most quickly successful book we’ve published in a long time.” The book has sold more than 32,000 copies at outlets that report to Nielsen BookScan. Schatz said that she and illustrator Stahl knew they wanted a local indie publisher who would “respect the ideology and politics of the project.” Because the content of the book was different from many children’s titles, Schatz gives City Lights “so much credit for taking the chance on us. They loved it, and what they saw in it is what other publishers would have been scared of. They saw something that was progressive and pushing the boundaries of children’s books.”

The publishing house’s first editor was Nancy Peters, who moved to San Francisco in 1970 after she quit her job as a librarian at the Library of Congress. She ran into Ferlinghetti on the street, and he asked her to take on a short-term project at the City Lights publishing office. Peters expected to stay for a “week or two,” but it turned into a career spanning more than 40 years. She started out as the sole employee at the publishing office, working with manuscripts by authors such as Charles Bukowski, Jack Kerouac, and Allen Ginsberg, including Ginsberg’s National Book Award–winning The Fall of America. She added editors to the staff and became partner and co-owner in 1984.

Peters retired in 2007 and Elaine Katzenberger, who began working at City Lights as a bookseller in 1987 and moved to the publishing house in 1994, took over as publisher and executive director.

Being on the west coast has allowed City Lights certain freedoms, something both Peters and Katzenberger highlighted as central to the press’s history. “There were never limitations here,” Katzenberger said. Though City Lights has always published in multiple genres, its list is defined somewhat by progressive politics, works that are international in scope, and innovation in both style and subject matter.

Another distinguishing characteristic of City Lights is that many of the employees have spent their entire careers there. Though Katzenberger acknowledged the veteran employees are “steeped in the place,” she’s aware that new employees are entering the press at a different moment in its history, and that a long career at a press or bookstore is rare these days. Katzenberger’s focus is how to stabilize the press so that it can be passed to different employees in the future, while preserving its core mission.

Part of her plan is to hold on to Ferlinghetti’s original vision. “It sounds corny, but there is that sense of ‘What would Lawrence do?’ in that I would never publish something here that I didn’t think he would publish. I’ll continue to do that even when he’s not on this Earth anymore. Because I really respect what he’s done and I have a lot of loyalty to him.”

A version of this article appeared in the 12/21/2015 issue of Publishers Weekly under the headline: City Lights Publishers Shines On
TOC
ADVERTISEMENT
More from pw