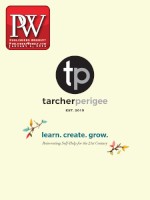 The Cultural Encyclopedia That Almost Never Was

When Alex Ewen and Jeffrey Wollock were contracted in 1994 to create an encyclopedia chronicling Native American life in the 20th century, they knew the job was no small undertaking. They never imagined, though, that the project would take more than 20 years. Now, after a series of missed deadlines and publishing setbacks, the 552-page Encyclopedia of the American Indian in the 20th Century is finally hitting shelves. For the authors, the publication brings both excitement and relief.

The encyclopedia, published late last month by the University of New Mexico Press, presents a comprehensive history of Native Americans during the last century; to that end it focuses on notable figures, events, and government policies that have shaped the history.

Literary agent Stephany Evans represents the authors (who both work at a research group called the Solidarity Foundation) and explained that they were initially doing the book for Facts on File, a publisher that primarily serves the education and library markets. Their original contract, signed in 1995, allotted two years to complete the title. Although Ewen and Wollock knew that meeting the deadline was ambitious, they underestimated just how much work the book would require. Though encyclopedias are typically compiled from secondary sources, Ewen said he and his coauthor quickly discovered Native American history had largely dropped into obscurity after 1900. “We had to do original research, which we hadn’t intended to do,” Ewen said. “There really was nothing. Many subjects had never been covered in a comprehensive way.”

After multiple extensions, the authors handed in their first draft in 1999. Revisions dragged on until 2011. At that point it seemed the project was on track; that September the authors received galleys of the book. But plans changed. During the revision process, FOF was acquired by Infobase. Although FOF remained in place after the acquisition—the FOF name still exists—editorial changes were made, and a number of existing projects were dropped or scaled back.

For Ewen and Wollock, the changes at FOF became a significant setback. While FOF published parts of their manuscript through its online library subscription service, the print edition was abandoned. The authors might have lost the work entirely had it not been for their editor at FOF, Nicole Bowen. Ewen and Wollock had delivered their first draft on computer files, but much of the ensuing work had been tracked on hard copies, as the book went through various rounds of edits. Bowen, who Ewen noted is “part Native herself, and really believed in the book,” rescued much of the authors’ revision work. At that point, the up-to-date pages existed only as xeroxed copies, Ewen explained.

FOF ultimately released a standalone digital edition of the book, but never published a print version. Working with Evans, the authors were able to resecure their print rights last year. Then Evans struck a deal with the University of New Mexico Press. Because UNM Press is considered one of the leading academic publishers of books on Native American studies, the project, as press director John Byram, put it, “was absolutely a great fit for us.”

Although the print reference market has changed dramatically since the book was initially conceived in 1994, Byram feels strongly that there is still an audience for a print title like this one. “I can certainly understand why people don’t want the World Book encyclopedias anymore,” he said. This book, though, isn’t intended as a general reference title; it will instead be targeted at those who want to find out “what’s available and what’s authoritative” about Native American history. “We’re assuming it’s going to appeal to libraries all over the country and internationally, as well as organizations, scholars, and some individuals who are very focused on Native American history and biography.” He also feels the title will appeal to those on reservations, and those dealing with tribal educational initiatives. “There is a very strong niche audience that comes to us quite frequently because we do a number of books every year that deal with Native American issues,” he said.

Though the volume is fairly expensive at $95, Byram defended the price point by noting that the book is cheaper than similar titles from commercial presses. Ewen and Wollock hope the print release of the book will mean it can find an audience beyond academia; they would love to see the title help correct some of the stereotypes about Native Americans. “These are people who disappeared from history not because they didn’t have merit, but because nobody had really looked into [them],” Ewen said. Because Native Americans have often been viewed as a people in a constant state of loss—having been stripped of civil rights, land, and wealth—Ewen said he wants this book to present another picture. “I’m hoping it gives a different perspective on the history of Native peoples. One of the stereotypes is that they always lose. What’s beautiful is that they didn’t lose at all. They’re still around, which defies the expectations of most people 120 years ago.”

A version of this article appeared in the 01/04/2016 issue of Publishers Weekly under the headline: The Cultural Encyclopedia That Almost Never Was
TOC
ADVERTISEMENT
More from pw