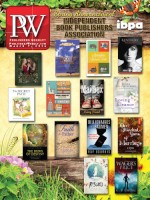 Unit sales of print books rose 5% in the week ended Feb. 28, 2016, over the similar week last year, at outlets that report to Nielsen BookScan. The adult nonfiction segment had the largest gain, with units up 15%. The growth in the category was led by two titles that made their debut in the top spots. Doctor Who Coloring Book landed at #1 in the segment, selling more than 39,000 copies in its first week, while Cravings by Chrissy Teigen was in second place, selling just under 32,000 copies. Another new title hit the adult nonfiction list in fourth place in its first week: Mark Hyman’s Eat Fat Get Thin, which sold more than 19,000 copies. Unit sales in juvenile nonfiction increased 10% in the week, helped by some Easter books moving up the bestsellers list. The Story of Easter by Patricia A. Pingry was #4 in juvenile nonfiction, selling almost 5,500 copies, and Pingry’s The Easter Story moved into the 11th spot, selling nearly 4,000 copies. Adult fiction unit sales fell 3% in the week, despite the release of a number of new mass market paperbacks that hit the top of the bestsellers list. The mass market edition of Country by Danielle Steel was #1 on the adult fiction list, selling almost 23,000 copies in its first week, followed by mass market paperback editions of Memory Man by David Baldacci, which sold approximately 21,000 copies, and Revenge by Lisa Jackson, which sold about 17,000 copies. Unit sales in the juvenile fiction category slipped 0.2% in the week. Dr. Seuss titles held the first five spots on the juvenile fiction bestsellers list, selling a total of more than 96,000 copies.