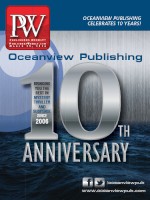 Crime fiction’s many subcategories—legal and medical thrillers, police procedurals, traditional whodunits, etc.—typically involve splashy, high-stakes conflict. Will the serial killer get caught? The thief brought to justice? Then there’s psychological suspense: a quieter, slow-burn type of storytelling, in which much of the conflict starts with the main character’s troubled psychology.

People suffering through internal turmoil aren’t always known for making the best decisions. That erratic mentality is a hallmark of psychological suspense, and the novels coming out in 2016 aren’t holding back. Readers will be confronted with humanity at its darkest and may find themselves empathizing with many morally questionable, even downright unlikable characters.

This hasn’t always been the case. “Editors used to write rejection letters about not being able to relate to the narrator or not liking the narrator,” says Tara Parsons, editor-in-chief of Touchstone, a Simon & Schuster imprint, which is releasing Lisa Unger’s Ink and Bone in June. “That used to be a common thing, and now there’s a [wave] of narrators who are unusual.”

Main characters have behaved poorly in the past (Patrick Bateman, Humbert Humbert, Tom Ripley, and anyone created by Jim Thompson). But they’ve tended to be the exception more than the norm—and notably, they’re all men. It’s taken longer for publishers to warm to their female counterparts.

Finally that seems to be changing. While a handful of the season’s psychological suspense novels feature men coming undone, many of the flawed protagonists are women.

“I’ve noticed a trend where women get in situations where they could become victims but decide not to, which goes against [society’s] idea of how women should behave and whether they should be the aggressor,” Tara Singh Carlson, senior editor at Putnam and the U.S. editor for L.S. Hilton’s Maestra (Apr.), about a wronged woman turned femme fatale.

Though it’s difficult to pinpoint exactly when this movement kicked off, some credit belongs to the success of Gillian Flynn’s Gone Girl (Crown, 2012) and A.S.A. Harrison’s The Silent Wife (Penguin, 2013)—both of which feature destructive women in destructive marriages—as well as Paula Hawkins’s The Girl on the Train (Riverhead, 2015), whose main heroine is a difficult-to-deal-with alcoholic.

Reagan Arthur, senior v-p and publisher at Little, Brown, which is publishing Megan Abbott’s You Will Know Me in August, says that though unlikable narrators have always existed, “The fact that so many of them [now] are women brings up the question, does a woman need to be likable in the first place?” (See our q&a with Abbott.)

Lest we start thinking that publishing houses are kicking down doors in search of complicated, unconventional heroines, note that finding acceptance for such characters can still be an uphill battle. Melissa Ginsburg says that her debut novel, a work of psychological suspense called Sunset City (Ecco, Apr.), initially suffered a spate of rejections because many publishers disliked its heroine, Charlotte. Grieving over a murdered friend, Charlotte self-medicates with drug-and-alcohol-fueled binges that often land her in an acquaintance’s bed.

“People were just saying she wasn’t nice enough, not stable enough to be able to relate to her,” Ginsburg recalls. “They didn’t find her self-destruction interesting and were put off by her sexuality and drug use.”

In 2015, four years after Sunset City first went out to publishing houses, Zachary Wagman, executive editor at Ecco, acquired it. “It can take a big book like Gone Girl or The Girl on the Train to shake the fear out of publishers to do something they wouldn’t ordinarily have been comfortable doing,” he says.

Many of the protagonists in 2016’s psychological suspense releases are also completely unreliable, meaning readers are going to have to keep guessing about what’s true and what’s not. Megan Miranda’s All the Missing Girls (Simon & Schuster, June), for instance, has a whole crowd of characters with questionable agendas—and Miranda adds to that disorientation through a narrative structure that tells the story backward, from the end to the beginning.

Then there’s the ruthless heroine in Maestra, the underachieving alcoholic in Ron Rash’s The Risen (Ecco, Sept.), the naive teenage girl living with a man who may be a serial killer in Beth Lewis’s The Wolf Road (Crown, July), and the extremely shaky first-person narrators in Iain Reid’s I’m Thinking of Ending Things (S&S/Gallery/Scout, June) and Patrick Flanery’s I Am No One (Crown/Duggan, July).

Alison Callahan, executive editor at S&S/Gallery, understands the draw of the questionable protagonist. “I like the spiky, strange person I don’t quite understand, who makes me squirm and makes me uncomfortable,” she says. “We all have people in our lives who we don’t quite want to be around, and these books give readers entrance into these odd people.”

Still, there’s debate over what type of “unlikability” audiences will accept, says Arthur at Little, Brown. “One person’s unlikable is another person’s strong and dynamic,” she says. “A so-called unlikable narrator can make for great company on the page.”

Penguin’s Carlson says that for the unreliable and unlikable narrator to work, “they must be relatable at some level.” For instance, the heroine of Maestra is cold-blooded in part because she’s often vulnerable.

The main character in Keep You Close by Lucie Whitehouse (Bloomsbury, May) is a lonely woman named Rowan, obsessed with the death of a glamorous, estranged friend—a death that looks like a suicide but that Rowan is convinced was murder. Though narrated in a close third person from Rowan’s point of view, Keep You Close is slippery in what it reveals about its protagonist—and what it keeps hidden. “Part of what makes it creepy is we sympathize with her all along,” says Rachel Mannheimer, editor at Bloomsbury.

In fact, readers are often most engaged when they aren’t certain whether they approve of a character’s actions. Girls on Fire (HarperCollins, May), the first adult novel from YA author Robin Wasserman, features two dueling high school–age narrators. “I talked to a lot of people who read the book,” Wasserman says, “and they all had different reads of these girls.” One reader referred to one of the characters as a sociopath, which surprised Wasserman. “I thought of her as a flawed character whom I’ve come to like very much,” she says.

There is, of course, a risk that the author might go too far, which is why editors want even the most troubled protagonist to have an emotional core to draw the reader close. And certain things may be off-limits. “I don’t feel comfortable with a narrator chopping up babies,” Callahan says. “That’s gratuitous. That’s just a violent person.”

Ryan Joe is a writer living in New York.

Below, more on the subject of mysteries & thrillers.