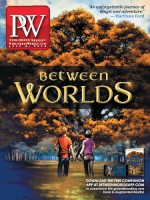 From her days in the anti–Vietnam War movement to her role in founding PEN’s Women Writers Committee and beyond, Meredith Tax has written, organized, and battled to make women’s rights central to any effort for social justice. Now 73, the veteran activist and author still dissents from orthodoxy wherever she finds it. She deplores the rise in the U.S. of what she calls “corporate feminism,” narrowly focused on opportunities for middle-class white women. In 2010, when her friend Gita Sahgal was fired from Amnesty International’s Gender Unit for questioning Amnesty’s alliance with a Muslim group linked to terrorism, Tax joined Sahgal in founding the Centre for Secular Space to “oppose fundamentalism and promote universality in human rights.”

Tax’s new book, A Road Unforeseen: Women Fight the Islamic State, to be published by Bellevue Literary Press in August, finds hope for this lifelong struggle in an unlikely place: the Rojava region of northern Syria, where, in the midst of civil war, the Kurdish Democratic Union Party (PYD) established three self-governing cantons based on principles of direct democracy and gender equality. Women constitute at least 40% of all local governing bodies in Rojava, Tax writes, and separate all-female councils determine policy on issues of particular concern to women, including honor killings and forced marriages. These political developments are remarkable enough, but what first attracted Tax’s attention was the PYD’s autonomous Women’s Protection Units (YPJ), which helped defend the city of Kobane from ISIS in 2014.

Although the Rojava cantons have successfully resisted ISIS while maintaining a democratic alternative to the Assad regime, Tax saw little press coverage of the region or its female soldiers. “[They] did not fit into any acceptable Western narrative,” she comments in A Road Unforeseen. “They were feminists, socialists, if not indeed anarchists or communists.” The information she found was mostly on anarchist websites, and the more she learned, the more she felt she must make Americans aware of this promising social experiment.

“Both as a writer and an activist, I have been concerned with how women actually gain equality,” Tax says. “I’ve seen so many revolutions that promised women equality and didn’t come through—and we’re not doing so well in the U.S. either. We may have more women in Congress, but we don’t have universal day care, or secure abortion rights, or secure contraception rights. Here were people who had a different answer.”

Tax’s article “The Revolution in Rojava” appeared in Dissent in April 2015. When Bellevue publisher and editorial director Erika Goldman suggested Tax write a book on the subject, Tax says, “My first thought was, how can I? I can’t go there.” She adds: “I have psoriatic arthritis, which makes travel very difficult, and there’s a war on. I consulted someone who had arranged a tour for academics and a Kurdish feminist living in Canada, and they both said, ‘Don’t even think about it now. Wait a few years and then write the book.’ But I thought, unless Rojava gets more support than they’re getting now, they might not survive. Nobody knows what’s going on; I have to do it now.”

Tax decided that going to Rojava would not be necessary to write the book. “What difference would it make if I went there for a week or so?” she asks. “I’d see whatever they wanted to show me. I wouldn’t have the language capacity to ask probing questions, and anyway, I’m not an investigative reporter. I want to write about the big historical sweep of the issues.”

Tax has lost none of her edge since she wrote a seminal work of the feminist movement of the 1960s and ’70s, Woman and Her Mind, a 1970 pamphlet that sold an astonishing 50,000 copies. “I come out of the radical part of the women’s liberation movement,” she says. “We would talk all night in these little groups and tear out our hair and try to imagine how anything could ever change. It’s so different from these ladies—I always think of them as blonds in red blazers, which is perhaps unjust: they’re not all blonds.” She flashes a wicked grin. “I call it corporate feminism because they act like they’re running corporations. You don’t build movements with a bunch of organizations competing for the same funding streams.”

Tax investigated a different kind of feminism in The Rising of the Women: Feminist Solidarity and Class Conflict, 1880–1917, which profiled women striving to unite feminist and working-class concerns within the labor movement and the socialist parties. She researched and wrote the book while struggling to support herself as a single mother in the 1970s. Dropped by her original publisher when she missed her deadline, Tax couldn’t interest any other mainstream houses in the completed manuscript. “They all said, ‘Oh, the women’s movement is over; we’re not going to need another women’s book.’ This was in 1976, ’77, ’78!” she recalls. “I finally got a small publisher, Monthly Review Press, and was able to revise it because I got an advance for my first novel, Rivington Street, that was big enough to live on while I did both.”

The story of how William Morrow came to pay $50,000 for Tax’s first novel, published in 1982, should gladden any impecunious book critic’s heart. “I was reviewing for Kirkus Reviews, $25 a book,” she says. “I specialized in Regency romances and bodice rippers, because I could read them so fast. I kept thinking, God, these are so awful. I could do better with my hands tied behind me! A friend in my women’s group knew this agent, Harriet Wasserman, and she said if I wrote a proposal she would show it to her. I didn’t even know how to write a proposal, but Harriet took my 25-page plot summary for a historical novel and sold it for $50,000! I couldn’t believe it.”

Making fictional use of her research for The Rising of the Women, in Rivington Street and its sequel, Union Square, Tax chronicled the lives of Jewish women on the Lower East Side in the early decades of the 20th century. The novels pointed toward a writing career Tax never wholly abandoned, even as she devoted most of her time to global feminist issues. “I love fiction,” she says. “I have a completed novel in my desk right now, about Occupy, and I have this big biblical epic in mind, but I have no agent.” Wasserman closed her agency and disappeared in the wake of a missing-royalties scandal in 2007, and, Tax says, “I never found anybody I could work with as well.” She adds, “I would like to have written more books, but I’d also like to have three lives at the same time.”

Or maybe just two: “It’s very hard to go back and forth between writing and activism,” Tax says. “Writing is very wonderful and exciting while you’re doing it, but it’s very solitary, and the feedback is deferred. I really love doing political work, because you can see the results so fast, and you’re not doing it alone. But both take the same energy and the same part of your mind.”

A version of this article appeared in the 07/04/2016 issue of Publishers Weekly under the headline: The Good Fight
TOC
ADVERTISEMENT
More from pw