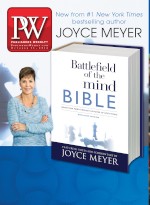 The 2014 arrest and subsequent death sentence of Palestinian poet Ashraf Fayadh in Saudi Arabia spurred outcry among free speech advocates. Yet even Arabic readers had difficulty finding Fayadh’s 2008 poetry collection, Instructions Within, after it was banned in Saudi Arabia. That will change on November 1, when indie poetry press the Operating System will publish the book in the U.S. in a parallel-text edition featuring both the original Arabic and its English translation.

Lynne DeSilva-Johnson, founder and managing editor of the Operating System, said that she sought out Fayadh’s work for publication. “The book exists because I felt it was important to do, and to do in a certain way, and sought out how to make it happen—first through Ariel Resnikoff [and the University of Pennsylvania’s] Kelly Writers House, who led me to Mona Kareem, who agreed to [translate] it,” she said. “My hope was that I could upend that process, directly soliciting, commissioning, and encouraging vital, original work into being that might not get published otherwise.”

The process of translating the book was complicated, particularly because there were no digital copies of the manuscript available. This forced DeSilva-Johnson to seek out an Arabic-fluent team of around 10 people to transcribe a PDF scan of the original book in preparation for translation. But DeSilva-Johnson saw the extra effort as worthy of the goal: a victory for Fayadh and for free speech, and a jumping-off point for the Operating System’s efforts to support “lost, persecuted, and otherwise-silenced voices.”

Instructions Within, which was translated by Kareem with assistance from Mona Zaki and Jonathan Wright, is printed back to front, replicating the manner of printing for books written in right-to-left languages such as Arabic. It is the inaugural volume in the Operating System’s Glossarium: Unsilenced Texts and Modern Translations series, established in early 2016 to publish contemporary translations along with little-known, unknown, and out-of-print texts.

DeSilva-Johnson stressed the importance of the back-to-front printing: “This is a very common way of reading a book to all these people in the world, many of whom are persecuted. You’re seeing Arabic on the page, which is very unusual for you, and you’re also having to hold this book in a way that is disorienting. And I think that’s really important.”

Fayadh’s death sentence—for apostasy, or heresy, as determined by Islam’s sharia law—was based on the testimony of a prosecution witness who claimed to have heard him blaspheming against Allah, as well as on the contents of Instructions Within. The sentence was overturned in February 2016 after a campaign led by writers, artists, and more than 60 international arts and human rights groups pressed Saudi authorities and Western governments to oppose the sentence. PEN America executive director Suzanne Nossel observed that the Fayadh case “demonstrates how raising awareness of at-risk writers and spotlighting their creative contributions can spark the world to action.”

As befits a book rooted in the promulgation of freedom of speech, proceeds from the collection will benefit English PEN (an early backer of Fayadh), which will publish a U.K. version of the Operating System’s translation in cooperation with the press.

As for the Operating System itself, its operations are lean. Aside from Kareem (the principal translator of Instructions, who received $1,000 compensation for her work), all Operating System employees work pro bono—including DeSilva-Johnson, who often puts in 60 hours of work per week while also holding down a day job. Initial print runs on most volumes are small, in part because the press is self-funded, turning profits from one book into funding for the next. In Fayadh’s case, the first printing is 1,000 copies—although DeSilva-Johnson notes that the press reprints quickly, “sometimes every two weeks,” if demand is high. Small Press Distributors handles distribution, and the press will soon turn to Ingram for its POD services.

Next up for the Operating System’s Glossarium series are three works by Cuban writers: Gregory Randall’s To Have Been There Then, a translated memoir of revolutionary Cuba, and two dual-language books of poems—one by Chely Lima, a transgender Cuban man now living in Miami, and another by Israel Dominguez, who’s long been involved with Mantanzas-based independent publishing house Ediciones Vigía.

A version of this article appeared in the 10/31/2016 issue of Publishers Weekly under the headline: Jailed Palestinian Poet’s Work Gets New Life in Parallel Translation
TOC
ADVERTISEMENT
More from pw