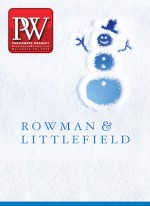 Following record revenue of over $182 million in 2015, Quarto posted an 8% sales increase in the first half of 2016 over the comparable period of 2015, and CEO Marcus Leaver is hopeful that the publisher will have a fourth straight year of sales increases in 2016. While much of Quarto’s growth will come from internal expansion, a series of acquisitions in 2016 in the U.S. will give sales a boost.

In February, Quarto acquired Harvard Common Press, and three months later it bought another cookbook publisher, Burgess Lea Press. Quarto made its biggest purchase of the year in August when it bought Bellevue, Wash.–based packager and publisher Becker & Mayer. “Bringing Harvard Common Press, Burgess Lea Press, and Becker & Mayer into our portfolio have been major highlights” of the past year, Leaver says. In both the HCP and Becker & Mayer purchases, Leaver saw an opportunity to take advantage of the company’s assets to move beyond traditional book publishing.

In the case of HCP, Quarto is posting HCP’s 25,000 recipes to its Quartoknows website. The Becker & Mayer purchase involved the company’s SmartLab educational-toy division. Quarto’s plans for Becker & Mayer include having it start publishing under its own brand, while Quarto wants the SmartLab division to be more of a book-plus business with a science and math line, rather than being a pure toy line.

The Becker & Mayer purchase also beefed up Quarto’s children’s books division. Between 2012 and 2015, sales in the children’s group rose 75%, and revenue was up again in the first six months of 2016—an increase that did not include results for Becker & Mayer.

In addition to the three acquisitions this year, Leaver points to the launch of the Kalimat Quarto imprint in the U.A.E. to publish books in Arabic as another highlight of the year.

Leaver is quick to give credit to Quarto’s global staff for its willingness to adapt to the changes he implemented in 2015 to create a more cohesive worldwide publishing operation. “2016 has been a year of hard work on all fronts for Quarto teams around the world, making great books and selling lots of them,” he notes.

A version of this article appeared in the 12/19/2016 issue of Publishers Weekly under the headline:
TOC
ADVERTISEMENT
More from pw