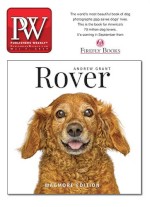 With E-books Down, E-tailers Are Still Far From Out

The online channel accounted for about 40% of U.S.book purchases in 2016

By Jim Milliot, with reporting by Ed Nawotka |

Even as unit sales of e-books released by traditional publishers fell 14.7% in 2016 compared to 2015, e-tailers’ share of all book sales continued to expand their lead over that of bookstores, according to research released by NPD Group BookScan. Based on data drawn from NPD’s Books & Consumers Survey of the U.S. public’s book-buying habits, e-tailers’ share of all book unit purchases hovered around 40% in 2016, little changed from 2015. The share of unit purchases made through bookstores, meanwhile, fell from 37% in 2015 to 33% last year. Sales through mass merchandisers rose slightly between 2015 and 2016.

Hardcover unit sales overall were up 5% over 2015, outselling e-books last year for the first time since 2011. (NPD derives its e-book sales through PubTrack Digital, which aggregates e-book unit sales supplied by more than 30 publishers, including the Big 5 trade houses.)

At BISG’s Making Information Pay conference held April 21 in New York City, David Walter, executive director of client solutions for NPD BookScan, cited two key factors that led hardcover unit sales to overtake those of e-books last year: a general rise in e-book prices—to about $9 for a trade title—due to the imposition of agency pricing models in 2015, and a general shift away from the use of dedicated e-readers to smartphones for e-book reading. Walter pointed out that publishers did not lose a significant amount of total sales; consumers migrated back to print rather than buying fewer books overall.

At publishers that report to NPD, unit sales of e-books have fallen steadily since peaking at 243 million units sold in 2013. Still, in 2016, e-book unit sales were up 165.2% from 2010. The format that has seen the most severe long-term decline is mass market paperback, where units are down 46.4% from 2010. That decline would have appeared more severe, but Walmart was added to the BookScan panel in 2013, boosting sales of mass market paperbacks reported to the service.

(in millions of units)

A version of this article appeared in the 05/01/2017 issue of Publishers Weekly under the headline: E-tailers Widen Bookselling Edge
TOC
ADVERTISEMENT
More from pw